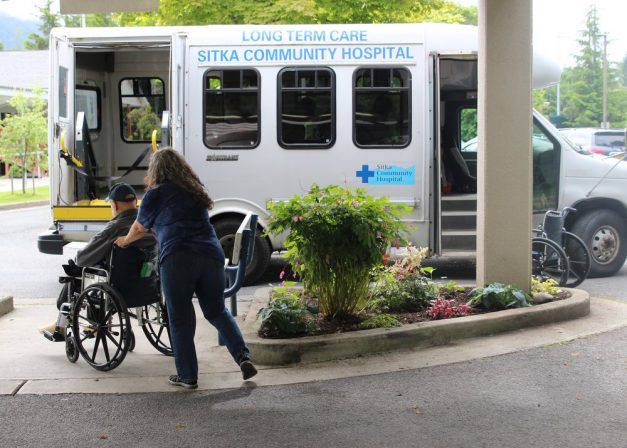 The Sitka Assembly on Tuesday night (12-26-17) approved a request to update Sitka Community Hospital’s electronic health records system. The current system, CENTRIQ, has been malfunctioning for several months. The new system, CERNER, would cost 3.8 million dollars over seven years, and would be paid for with hospital revenue.

Mayor Matt Hunter said the upgrade to a new EHR was desperately needed. “Particularly after we have doctors tell us it’s unsafe to practice with CENTRIQ,” said Hunter. “There’s a lack of information. Lack of communication as people are seen in the clinic with paper charts, and then it’s not in the electronic system when they show up in the ER.”

Assembly member Richard Wein — a former surgeon at the hospital — said that he voted yes on first reading because the hospital needs an electronic records system but would vote no on second reading because before any major decisions could be made regarding the SCH projects, a plan of leadership must be made for the hospital.

That prompted other assembly members to intervene.

“I have a saying,” said Wein. “Short time employees should not be making long-term decisions. We need an orderly leadership transition over the next short period of time”

“I would have to agree with that,” assembly member Steven Eisenbeisz continued. “We’re not talking about leadership and their competency here. We’re talking about electronic health record approval.”

Allowed to resume, Wein said he wanted some collateral or guarantee before he could vote in favor. Hunter said that would be nice, but not possible.

“I would like some collateral and guarantee as well,” Hunter said. “Unfortunately the guarantee that the hospital has is us. We say they or them, but WE have a hospital.”

The assembly voted 6-1 in favor of the ordinance, with Wein voting against.

During ‘persons to be heard’ Tom Gamble, subsistence harvester and former Sitka Tribal Council member called for the city to support subsistence herring harvesting in the weeks leading up to next month’s Board of Fish meeting in Sitka.

“Last year, the model that they claimed was perfect, that had the ability to account for errors, was off by 10,000 tons,” Gamble said. “I can count to the number of times that I’ve been impacted by this fishery as a subsistence user.  But you can’t count one until maybe this year that the subsistence user is going to take a stand and say ‘I’m not going to take it again.’”

The state Board of Fish will meet in Sitka from January 11 to the 23rd. It is scheduled to take up herring and salmon issues beginning on the 15th.

In other business, the assembly voted to approve requests from Gary Paxton Industrial Park to install security cameras, establish a tariff schedule for the multi-purpose dock, and to allocate funds to clean up the defunct Sawmill Farm and other lots.