Commentary: Let’s not have a Second War on Pot

Note: The opinions expressed in commentary on KCAW are those of the author, and are not necessarily shared by the station’s board, staff, or volunteers. 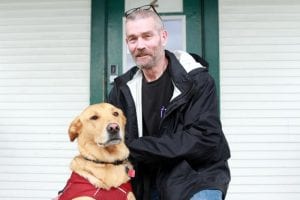 Howdy. My name is Jeff Moebus, and I’m a retired US Army Master Sergeant living here in Sitka, Alaska, on the sailboat I brought up from San Francisco Bay five years ago.

And I have some questions I’d like you to consider asking yourself.

They concern the Attorney General of the United States, and his move to re-launch America’s War on Pot, and to unleash the full force and fury of the federal government’s power to eradicate marijuana from the face of the country, if not the Earth.

Even in states like Alaska who have chosen to legalize the production, sale, and consumption of recreational marijuana.

Whether, back in 2014, you voted for or against the legalization of the production, sale, and use of recreational marijuana subject to state and local regulation is irrelevant.

That was then, and this is now.

The first and most important question I would like you to ask is simple:

“Exactly who is to determine whether or not marijuana is legal in Alaska: the People of Alaska, or a White House appointee?”

In other words: On what basis — constitutional, legal, ethical, scientific, moral, or otherwise — does Attorney General Jeff Sessions claim that he has the authority to overrule, overturn, and defy the express intent of the People of Alaska determined in open-ballot referendum?

If the US Drug Enforcement Agency were to show up to close down “Weed Dudes” and “Northern Lights” ~ the two local, legal marijuana retail outlets in the Sawmill Creek Plaza, what would you do?
Will you be there to protest what they are doing? Or will you be there to cheer them on?

What would be the reaction and response of the Sitka’s elected and administrative leaders? Of it’s police department? Or of her civic, business, and cultural leaders?

Obviously, all of these questions apply equally to Juneau, Anchorage, Fairbanks, and every other place in Alaska where Ballot Measure 2 has been implemented.

Set right here in Sitka. Our own Netflix reality-television series: “The Age of Trump, Year II.”
This nation is already involved in enough wars, already, in Afghanistan, Iraq, Yemen, Syria, Libya, and Somalia. And then there’s North Korea.

The last thing America needs to be plotting, planning, and resourcing is another War on Pot. Especially here in Sitka, Alaska.