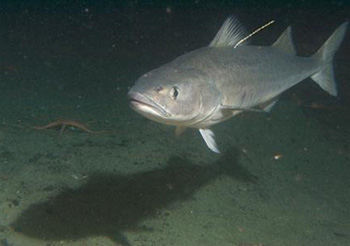 The Board of Fish voted to limit the harvest for non-resident sport fishermen to eight sablefish a year throughout the Southeast Alaska area. Photo/NOAA Website

The Alaska Board of Fisheries on Monday (1/22/18)  addressed several proposals relating to groundfish in Southeast Alaska, including one that will affect the charter fishing community in Sitka. The Board of Fish voted to limit the harvest for non-resident sport fishermen to eight sablefish a year throughout the Southeast Alaska area, with a bag limit of four fish per-day.

The Alaska Department of Fish and Game was neutral on the proposal and opposed any establishment of annual limits if there weren’t any conservation concerns. They said the proposal would reduce the impact of sport fishing on the sablefish population in Southeast a little over 2 percent. Though the board didn’t say there was urgent need to conserve the population, Board of Fish chairman John Jensen said he would support the measure because it was consistent.

“I think it’s time to make everybody have limits,” Jensen said. “The personal use people have limits. The commercial fishery have limits. Why can’t we just give it to everybody. The stock has been declining for quite some time. I know the department doesn’t have any biological concerns. But the trend is down, so I’m going to support annual limits.”

Israel Payton of Wasilla, who voted against the proposal, said that while he understood the frustrations of commercial fishermen who pay for expensive permits and want to meet 100 percent of their allocation, he didn’t feel comfortable limiting the harvest of a fishery that makes such a small impact on the black cod population, in the interests of commercial fishing.

“Should we let one user that has been getting 100 percent of the pie, should we cap a small user of his incentive to grow,” Payton said. “According to our constitution, that permit does not give you the right to the fish. It gives you the right to access the fish. Under the common use clause we are all in our natural state, these fish and game waters are reserved for all people. So it frustrates me when I hear some of that entitlement, that when you own a permit you own a right to the fish.”

The board voted 4-3 for the proposal, with members Payton, Morisky and Huntington voting against.