Tradition of Women’s March continues, as 300+ participate in Sitka 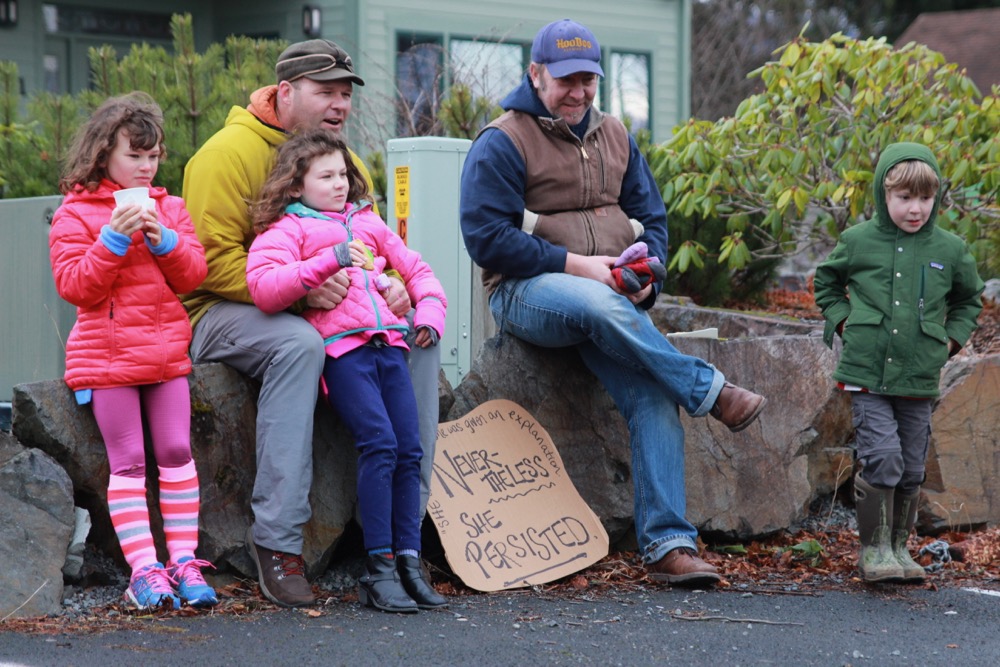 Kids marched alongside parents and gathered at the See House for cookies and conversation. (Emily Kwong/KCAW photo)

Women’s Marches were staged around the world this Saturday (01-20-18), one year after the first Women’s March on Washington following the inauguration of Donald Trump. Sitka held one then too.

In Sitka, the march drew 300 people. The crowd gathered at Crescent Harbor and loop around downtown, bearing signs calling for women’s’ rights and voter registration. The group ended at St. Peter’s See House.

Standing in front of the church with a megaphone, organizer Kathy Ingallinera encouraged the youngest to consider local office and get politically involved. “Thanks everybody again for coming, especially the youth. The teenagers for coming. Because we are screwed if you don’t get involved,” Ingallinera said on the steps of the See House. 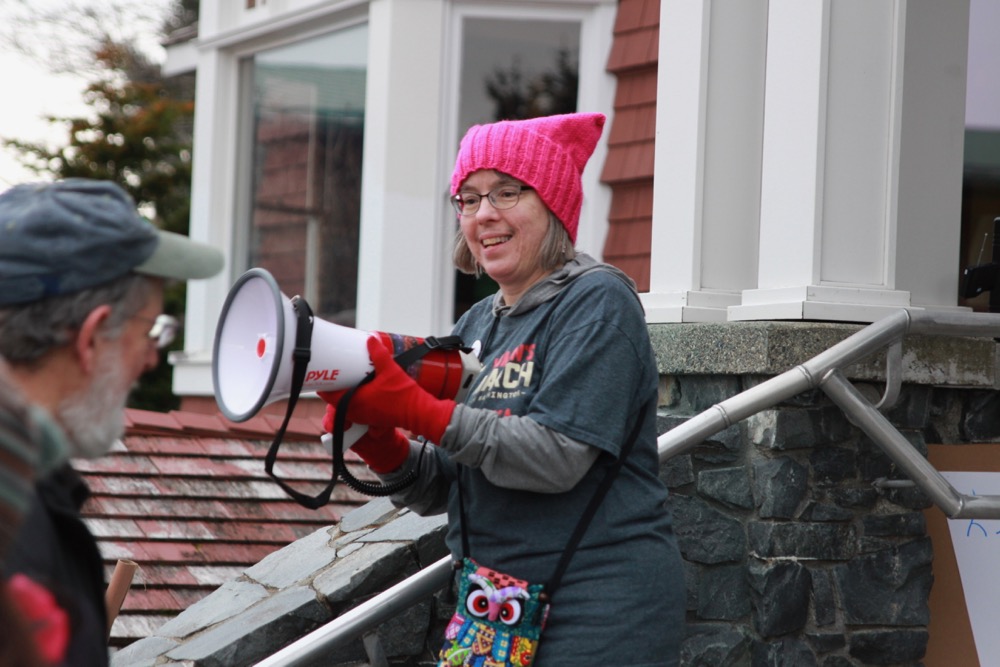 Organizer Kathy Ingallinera thanked the youngest marchers for participating and encouraged them to run for elected office during Saturday’s (01-20-18) Women’s March in Sitka. (Emily Kwong/KCAW photo)

Power to the polls was a major theme of marches around Alaska this week, though Sitka’s was unique for ending in prayer.  After cookies and conversation, all were invited to participate in a non-denominational service at St. Peter’s Episcopal Church.

Several women recited a a prayer entitled, “I Am a Woman” by Katherine Tyler Scott.