Outcome of Board of Fish decisions on Southeast salmon, herring 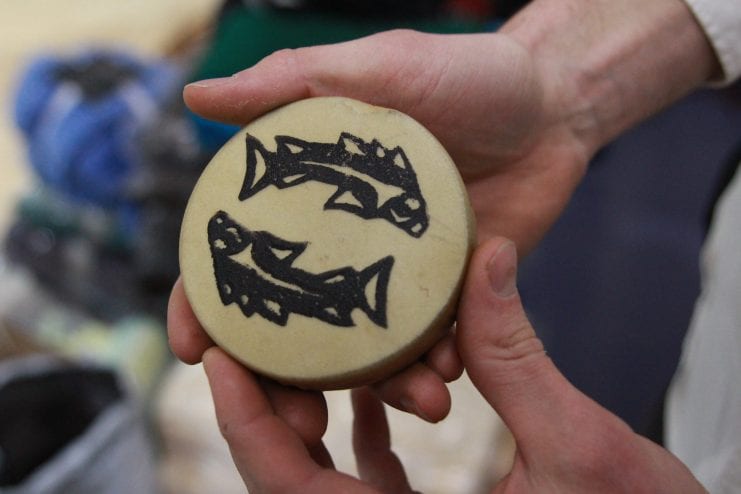 The Board of Fish has ended in Sitka, adopting regulation changes to Southeast fisheries for the next three years. The commercial herring fleet will harvest at the same rate as in years past. ADF&G will also have broad authority to close areas to fishing near salmon rivers of concern. (Emily Kwong/KCAW photo)

Southeast Alaska’s marathon Board of Fish meeting came to a close in Sitka Tuesday night (01-23-17). A handful of regulations for fishing have changed, while others did not pass muster.

For Sitka locals, the most contentious votes had to do with the sac roe herring fishery and a controversial plan to close the final six weeks of winter trolling for king salmon.

The Board voted down Proposal 99, that would have scaled back the commercial harvest of herring in Sitka Sound. Sponsored by Sitka Tribe of Alaska, the suggested 10% cap to the guideline harvest level (GHL) would have kept 5,500 tons of herring in the ocean and cost industry groups that profit from the fishery $6.7 million dollars.

Board member Al Cain of Anchorage saw both sides of the issue and tussled with what to do. “The earthquake last night wasn’t the only reason I lost sleep. I have heard more than 100 individual voices in the past few days, some of which reflect millennia of experience and use of these herring stocks,” he said.

Cain then asked if any board members would consider a less radical adjustment to the harvest rate. No one on the board took up the idea. Furthermore, board members did not take up the recommendation by the Sitka Advisory Committee to consider adopting the more conservative formula used in other parts of Southeast Alaska. If adopted, it would have reduced this year’s catch by 4,000 tons and cost industry groups $4.8 million dollars.

Sitka has a more generous harvest rate (blue line) than the rest of Southeast Alaska (orange line). Sitka Tribe of Alaska wanted a 10% cap (green line), which Board member Al Cain called “too much.” The Board voted to keep with the blue line, saying that a “reasonable opportunity” for subsistence harvest still existed. (Graph courtesy of ADF&G Herring Research Supervisor Kyle Hebert)

In the end, the majority said that a “reasonable opportunity” existed for the subsistence harvest in Sitka and voted to maintain the status quo for commercial harvest. The fleet will harvest 11,000 tons this spring.

This disappointed, but did not surprise longtime herring advocate Harvey Kitka. He brought these same concerns before the Board in 1997. “They heard what we said, but they didn’t hear what we said. I don’t know how to put it any other way. It kind of went on by and didn’t stop,” Kitka said.

The Board did, however, recognize the need for protected areas for the subsistence harvest. They closed off more water near Sitka to commercial fishing, expanding the zone in which only subsistence users can gather roe (STA Proposal 106).

Towards the very end of the meeting, the Board deliberated action plans for salmon stocks of concern. In the end, the Board approved a strategy (RC 422) that would give ADF&G broad authority to close all king salmon fishing — including sport — in areas adjacent to the major salmon-producing rivers of Southeast Alaska.

Tad Fujioka has trolled out of Sitka for the last 7 years. He supported the board’s efforts to tightly regulate fishing where king salmon runs are known to be suffering. But he had problems with a broader measure.

“A month-and-a-half of traditional winter fishing will be lost across the board, even in areas that have historically been clean. So I guess we got the sledgehammer and the scalpel,” Fujioka said.

The Board gave the Alaska Department of Fish & Game the authority to close winter trolling on March 15, six weeks ahead of schedule. Fujioka felt that this would be especially hard on trollers in communities like Kake, who may not routinely venture out on the ocean in the traditional summer opener.

Troller Eric Jordan was nevertheless grateful that the Board took the time to fully evaluate the options. “You’ve broken our hearts, but solved some problems,” he said. “This has been one of the most remarkable board processes ever.”