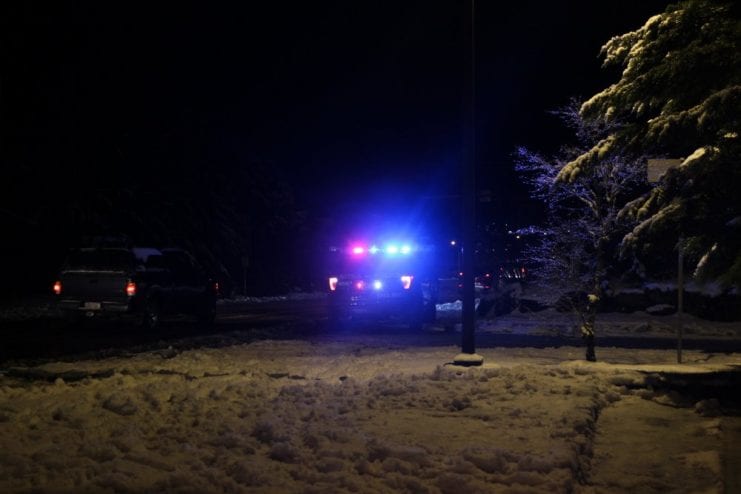 Sitka was one of several communities under tsunami warning early Tuesday morning (1-23-17). Some systems unfolded smoothly, while others had kinks that are being addressed now. (Emily Kwong/KCAW photo)

The recent earthquake in the Gulf of Alaska (1-23-18) generated both stories of success and lessons learned in Sitka, which evacuated along with several coastal communities in preparation for a possible tsunami. KCAW spoke with city staff about how it all went down and how it could go better next time.

Prepare for an Tsunami: TsunamiSafety_RedCross

Prepare for an Earthquake: EarthquakeSafety_RedCross

The last time an earthquake of this magnitude affected Sitka it was January 4th, 2013. The Fairweather-Queen Charlotte fault slipped, rattling the Alaska panhandle. A dog survived 24-hours in a well in Yakutat. Sitka Fire Chief Dave Miller remembers that many immediately evacuated, causing a traffic gridlock.

“We only had 30 or 40 minutes before a wave was supposed to hit [in 2013]. This time, we had an hour and half. We had lots of time to make things happen,” Miller said on today’s Morning Interview.

A lot did happen this time, but there were a few key bottlenecks. 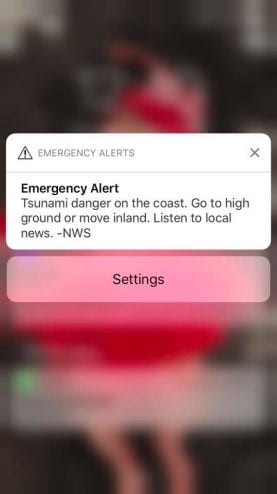 While wireless alerts fired over cell phones, alerts over radio were delayed due to failures with the federal government’s Integrated Public Alert and Warning System (IPAWS). This created delay in Sitka, while Kodiak, Homer, and Kenai did not receive EAS alerts at all.

For one, the federal government’s wireless emergency alert system (WEA) was faster than the Fire Department’s fax machine and faster than the state’s Emergency Alert System (EAS), which takes over our local radio and television signals. Here’s an explanation as to why.

Phones began ringing off the hook before local officials and media had any information. The Fire Department is required to pick those calls up, which Miller says slowed down the process by 20 minutes. His advice to locals?

Instead, he directed citizens to listen to local news instead and prepare to evacuate, even before you hear the tsunami sirens. “Take those texts for what they are and do what you should do. If it’s a tsunami coming, head to high ground if that’s what you deem to do,” he said.

Luckily, by the time the city vehicles mobilized, the roads were relatively clear. Miller and staff set up their EOC, or Emergency Operations Center, at Keet Gooshi Heen Elementary School. They were thrown another curveball that night, when a data buoy near Kodiak reported a 35 foot wave. “That really threw the world for a loop,” Miller said.

The Anchorage Dispatch News later reported the “red herring” wave was actually the undulation of the seafloor, likely caused by the earthquake. KTUU reported that GCI hasn’t fully joined the wireless emergency alert network, which is why some customers didn’t get text messages.

Within Sitka, the Code Red program failed. That’s the system used by the Sitka Police Department to automatically call Sitka residents – on both landline and cell (if they’ve signed up) – in the event of a community-wide emergency.

Police Chief Jeff Ankerfelt said his staff made an effort to use Code Red, but it didn’t work. “My poor staff is beating up on themselves about [Code Red] not working, but we’re going to do an internal review to make sure it works next time or explore a different alternative that’s more reliable,” he said.

Ankerfelt and Miller agree that what did go right was how citizens behaved during the evacuation, remaining calm and civil while awaiting further instruction.

As both snafus and success stories emerge, Community Affairs Director Maegan Bosak says citizens can protect themselves best by thinking ahead.

“Make your emergency plan. I know I’m going through my food kit and making sure that we have everything we need as a family. Run a drill every month. Make sure your kids know: What are you going to do with your pets? Where are you going to go? All those things are really, really important, so just be prepared,” she said.

You may be wondering: What would Fire Chief Miller pack in his seven-day survival kit?

“Pepsi and toilet paper. The two things I prioritize in my life,” he joked. “But really: blankets. An amount of water you should have per day, you should make that available. Food that you can rotate in and out every month or two months to make sure it’s still in date. Medications. Make sure they’re available and ready to go when you need them,” he said.

Once you know what to take, know where to go. On Japonski Island, Mt. Edgecumbe High School and the Southeast Alaska Regional Health Consortium staff and patients move to the upper floors in the event of a tsunami. Sitka Community Hospital and the Sitka Pioneer Home also move to the upper floors. Evacuations in surrounding communities went smoothly, city officials across the region reported.