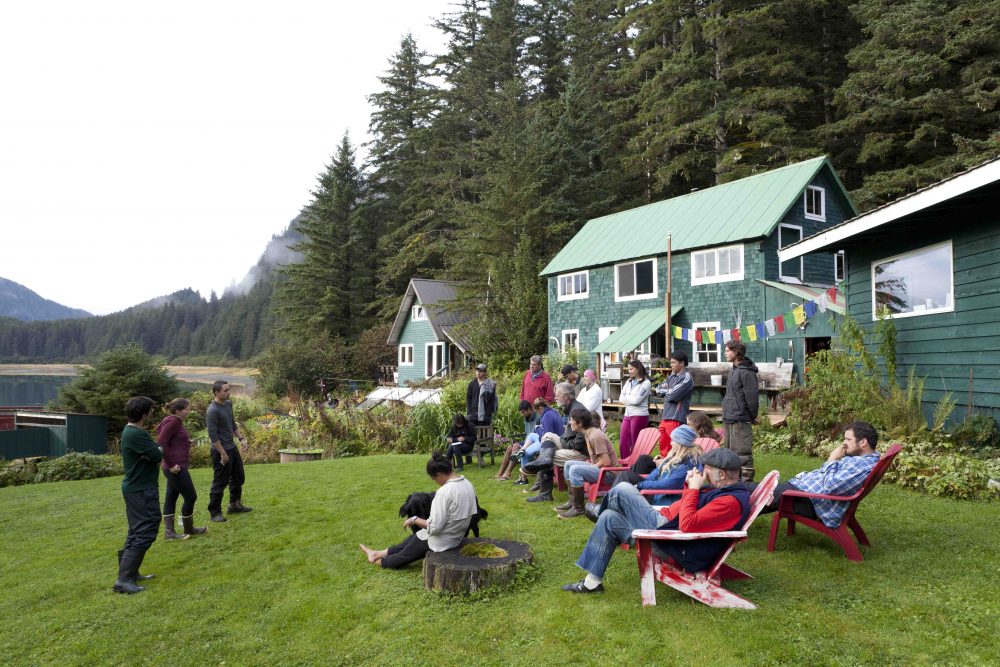 The Inian Islands Institute has been leading experiential courses in Hobbit Hole for several years. With this $1 million purchase from the Howe brothers, the Institute plans to grow their programs and turn the fishing homestead into a permanent field station. (Photo courtesy of Zach Brown)

A fishermen’s homestead will soon be the site of a field school. The Inian Islands Institute has purchased a 5-acre property and several buildings across from Elfin Cove.

With origins as a summer camp for the Tlingit people of Hoonah, the area was a fox farm in the 1900s. Brothers Greg and Fred Howe bought the property in the 1970s. They constructed new buildings and installed a micro-hydroelectric system, taking the property off-grid and calling it “The Hobbit Hole.”

When the Howe brothers retired from fishing, they put the Hobbit Hole up for sale in 2010. This caught the attention of environmentalist Zachary Brown. Brown frequently visited the homestead while growing up in Gustavus.

“It stirred a lot of emotion when people learned that it was coming up for sale. A lot of people in Gustavus, Juneau, Elfin Cove, and Hoonah and even down to Sitka know about the Hobbit Hole and love it and didn’t want to see it become a private for-profit enterprise,” Brown said.

At the time, Brown was pursuing a PhD in climate science at Stanford University

In 2014, Brown and three fellow PhD students established a non-profit called the Inian Islands Institute and leased the property to teach environmental field classes to undergraduate students. Their long-term goal was to purchase the Hobbit Hole entirely. 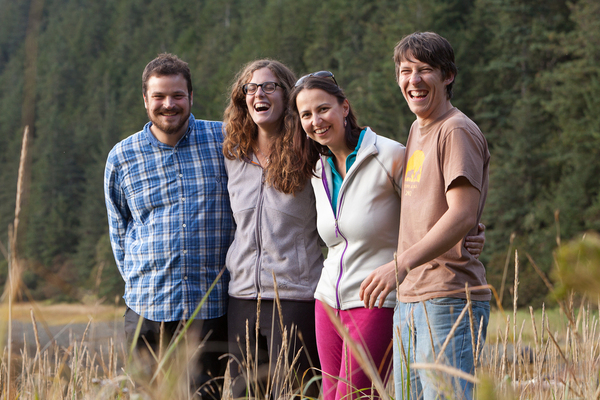 The founders of the Inian Islands Institute, who met as PhD students at Stanford University. From L to R: Aaron Strong, Lauren Oakes, Lida Teneva, and Zach Brown. (Photo courtesy of Zach Brown)

After three years of fundraising, the Institute bought Hobbit Hole for $1 million dollars. When Brown received the deed in the mail, he said it was a big weight off his shoulders.

“I’m really glad that we’ve pulled it off. That doesn’t mean the fundraising is over, because we have to maintain the property, we have to run courses, we have to fully move forward to realize the vision for Inian Islands Institute, but the fundraising will be at a much lower level than it has been,” Brown said.

Major donors to the project include the Skaggs Foundation and the Juneau Community Foundation.

Brown has chosen this spot as a strategic place for future students to think about environmental stewardship. He envisions the Hobbit Hole as a place to groom the next generation of environmental leaders and conservationists by taking education outside of the classroom.

“If you ask people who are in those fields why they do what they do, they’re not going to say, ‘Because I was sitting in a classroom one day and someone said some facts and all of a sudden I was hooked.’ No. What they’re going to tell you is that they had profound experiences in wild places and they got to do science out in the field and they got hooked by actually being out in it,” Brown said.

This coming year, the Inian Islands Institute will fully convert the fishing homestead into a field school, conducting four educational programs and a volunteer work party in late May to continue making infrastructure upgrades.