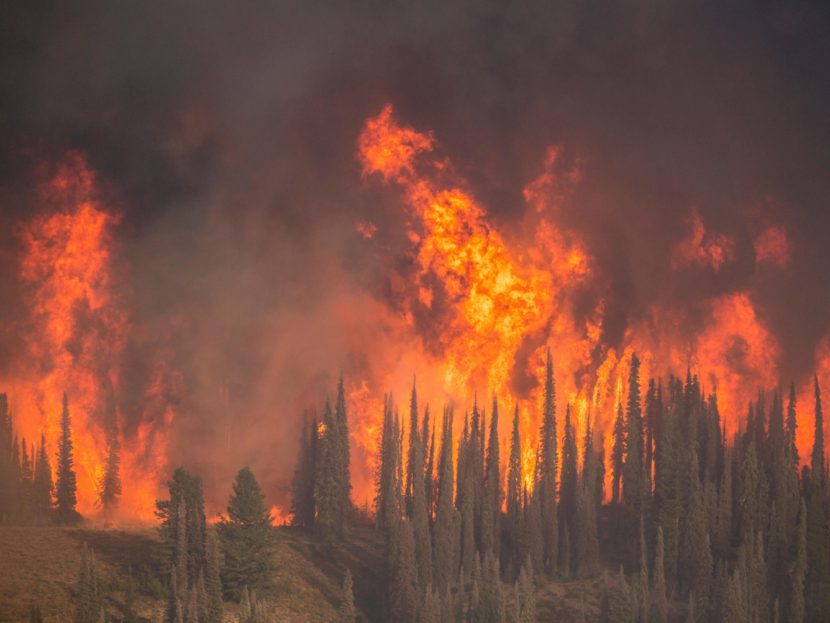 Idaho’s 2016 Pioneer Fire is one of an increasing number of wildfires in national forests. The cost of fighting such blazes is cutting into other U.S. Forest Service programs, including those in Alaska. (Photo courtesy National Forest Service)

Wildfires in the Lower 48 are affecting what the federal government can do in the Tongass and other national forests.

“We’ve seen 8,000 positions across the agency that we have essentially shifted from either providing services, forest management (or) recreation management to fire suppression,” he said.

French said firefighting is expected use up about 60 percent of the Forest Service budget within a few years. That’s three to four times what it was 15 years ago.

He said his agency is also spending more time and money responding to floods, droughts, diseases and insect infestations. He didn’t speak about climate change, but many scientists have said that’s the reason behind such extreme events.

He also said he’s looking at ways to speed up the agency’s permitting process. He said it has a backlog of more than 6,600 special use permits.

“This includes permitting outfitter guides, folks that are coming to us asking for access to mines or permitting ski areas or even range allotment permits” he said.

He said the agency is looking at excluding more types of projects from extensive environmental assessments. That will include an analysis of prior reviews under the National Environmental Policy Act.