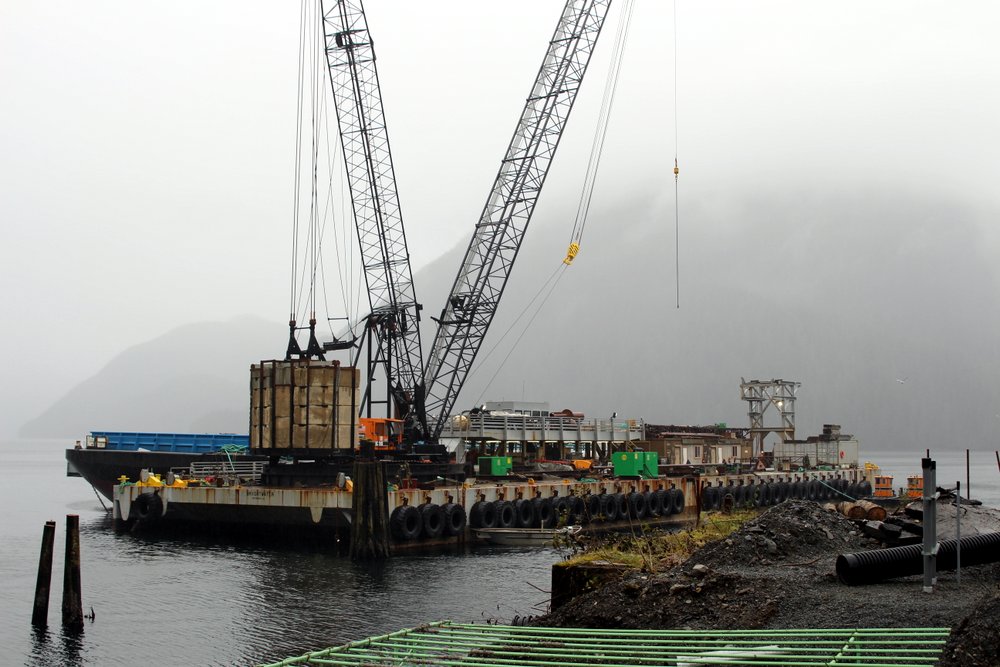 The Turnagain Marine Construction barge Brightwater stands ready to drive piles for the floating dock (pictured just behind the barge) at Sitka’s Gary Paxton Industrial Park. Former mayor Marko Dapcevich never sought to block the construction of the dock; rather, he wanted a formal acknowledgement that the City had violated the charter (and he wanted current Sitka mayor Matt Hunter and former administrator Mark Gorman held personally liable for the misappropriation of funds). The City of Sitka, however, prevailed in court. (KCAW photo/Robert Woolsey)

Former Sitka Mayor Marko Dapcevich will not appeal his lawsuit against the City of Sitka over the procurement of a new dock at the Gary Paxton Industrial Park. In exchange, the city has dropped its claim against Dapcevich for legal fees.

Dapcevich brought suit last spring, arguing that the city violated its own bidding procedures when it identified a contractor to build the 250-foot dock.

The court dismissed that claim on February 14 “with prejudice,” meaning that Dapcevich will not pursue the case in appellate court.