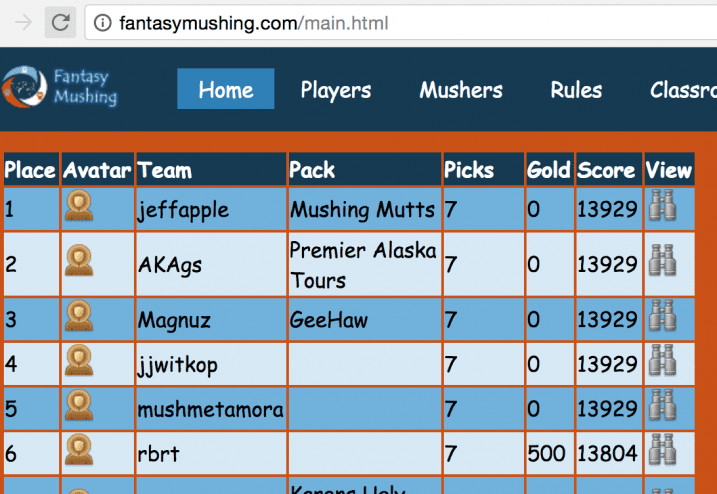 The homepage of FantasyMushing.com allows Iditarod superfans build mushing teams and compete. The site is free, and creator Danny Seavey hopes it will be used to make mushing more accessible.

In Alaska, we’re totally obsessed with the Iditarod and dog mushing. But what if you don’t live here? And what if where you live, there isn’t even snow? Enter a new virtual sport for Iditarod superfans: Fantasy Mushing. KCAW’s Katherine Rose reports.

In Paris, Texas, software developer David Hunt is riding his bike, except not really. He’s running his sled dogs. Yes, sled dogs. In Texas.  Improvised traces connect their harnesses to the handlebars of the bicycle and they’re running like the wind down a county road.

“Well I guess I’ve always been kind of drawn to the outdoors,” says Hunt. “I’ve done a little bit of hunting and fishing. I’ve always liked the idea of a race across the Alaskan wilderness. Alaska is kind of like the last remaining open spaces in the United States for the most part. I like the idea of an untamed wilderness and everything it holds.”

Hunt’s long-standing fascination with Alaska began in his 4th grade classroom when he learned about the Iditarod. He’s been a dedicated follower of the race ever since. Hunt’s never been to Alaska, but he’s found a few ways to bring Alaska to him.

“I just got the idea one day that I wanted to run dogs,” Hunt says. “I wanted to see what it was all about. I made the decision to get a couple of dogs. Started working with em and trained them. I found out it was a lot more difficult than I thought.”

He named his first two dogs Rainy and Ruby after Iditarod checkpoints. Blaze is his newest addition. He usually runs them on his bike. Sometimes he uses a land rig — a sled that runs on dry land — that he’s built from scratch, with everything from scrap metal to chain link fence.

Running dogs in Texas comes with a few challenges. You have to wait for the temperature to drop, so you can only run a few months out of the year. And there aren’t a lot of trails to choose from, so sometimes your only option is a county road.

“People stop and ask me if I need help. Why are you out here with these dogs on a bike?” Hunt says. “I do get some looks, but it’s all good. That just goes with it.”

A few months a year? Only short runs? That’s not much for someone with David’s passion for mushing. But luckily he has another way to get involved with a sport he’s long appreciated from afar. 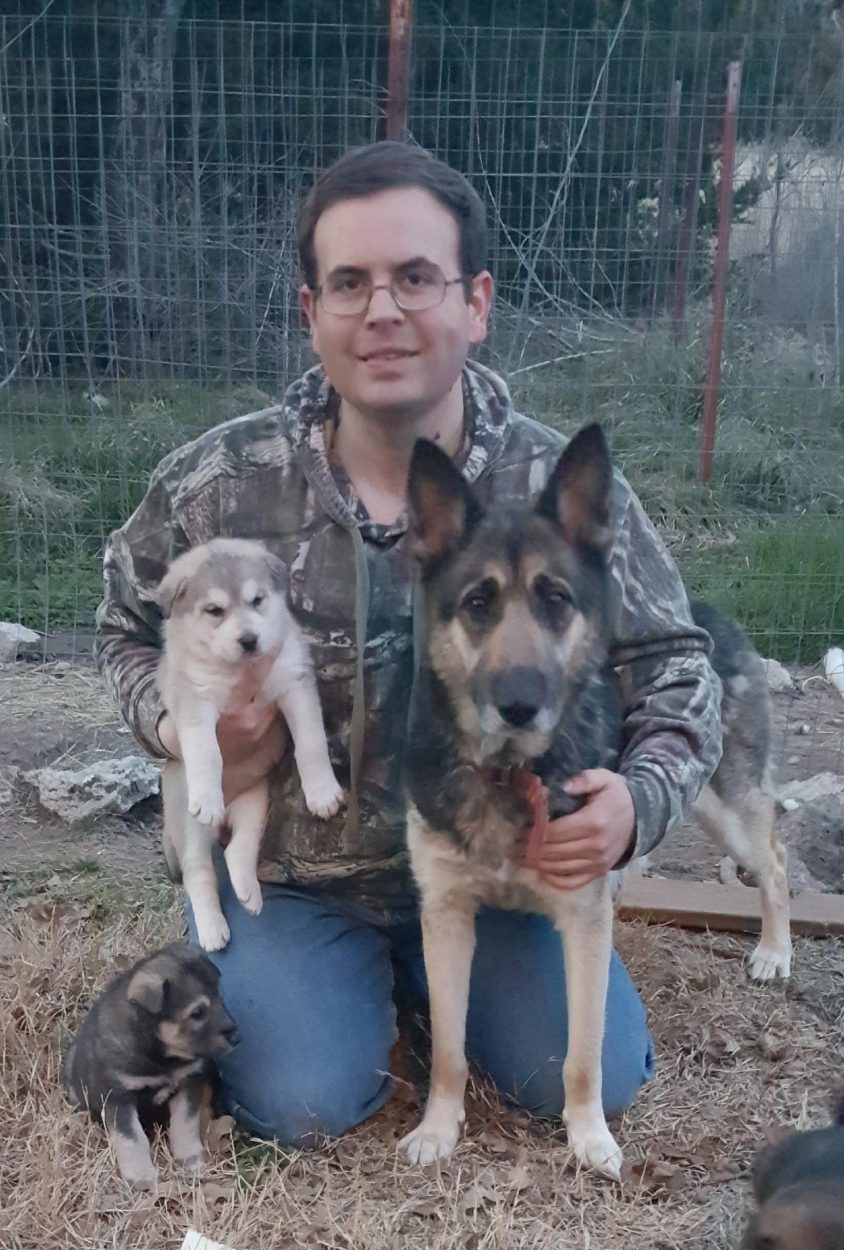 “Okay, dad, can we get you to do a plug for Fantasy Iditarod?”

“Fantasy what?” laughs an incredulous three-time Iditarod champion Mitch Seavey in a promotional video for FantasyMushing.com. His son Danny Seavey — also an Iditarod veteran –thinks that many people interested in the Iditarod might be a little daunted by the information and stats involved with the sport.

“I think very few people really understand competitively what’s going on out there,” Seavey says. “It’s sort of like the Tour de France. We know there are time trials and stages. But no one really knows what’s going on over there. Either Lance Armstrong is winning or he’s not. The Iditarod is kind of the same way. I’ve long felt that if we could make it more accessible to people so they understood what was going on, that it would be more enjoyable to watch.”

In the early 2000s, Seavey and his cousin began to work on a program, one he hoped would make the Iditarod more accessible to students and fans. Originally called Fantasy Iditarod, the program started out as a Google doc and a spreadsheet that Seavey shared with fans through Facebook. When you sign up, you’re allotted 27,000 imaginary dollars. You make up a team of 7 mushers. You can join a ‘pack’ of friends you’ll compete against.

“I understand that in principal the reason we have fantasy football is because they want you to care about games that don’t involve your home team. Right, if you’re a fan in Seattle you don’t really care when Miami plays Philadelphia, unless those players are on your team,” Seavey says. “Now you have a reason to watch an out of market game if you will.”

The Fantasy Mushing setup encourages followers to pick mushers they’re less familiar with. Danny’s brother Conway updated the algorithm in 2014 but the fans really pushed them to make it grow.

One of those fans was Hunt.

“We found that some of our fans would really get into it,” Seavey says. “They were starting to post really advanced mathematics. Through that I met David. He was putting some advanced analytics in there. He’s one of those computer genius guys who can make a computer do anything.”

They formed a long-distance friendship over their love for mushing. In 2015, Seavey had to run an Iditarod tour, so he asked David to take over the fantasy page.

“He not only took over, but he built a website and made it way better,” Seavey says. “At least so far I’ve been really happy with it and I hope he wants to keep doing it.”

For now, David is going to keep planning his own run, a trail spanning close over 100 miles in Northeast, Texas, then hopefully a trip to Alaska in the near future. He owns a real dog sled, and brings it into his wife’s kindergarten class to teach students about the Iditarod and dog mushing. And he has a new litter of puppies, only a few weeks old.

“I did pick out some awesome Alaskan names,” Hunt says. “But our four year old son, he decided to pick out his puppy and he has named it ‘Favorite.’ Because it is his ‘favorite.’ So I think that name is gonna stick. I’m gonna have to find some other names for the others.”

And Favorite is a perfect name. He’s already one of the fastest sled dogs in Texas.