A play date for June 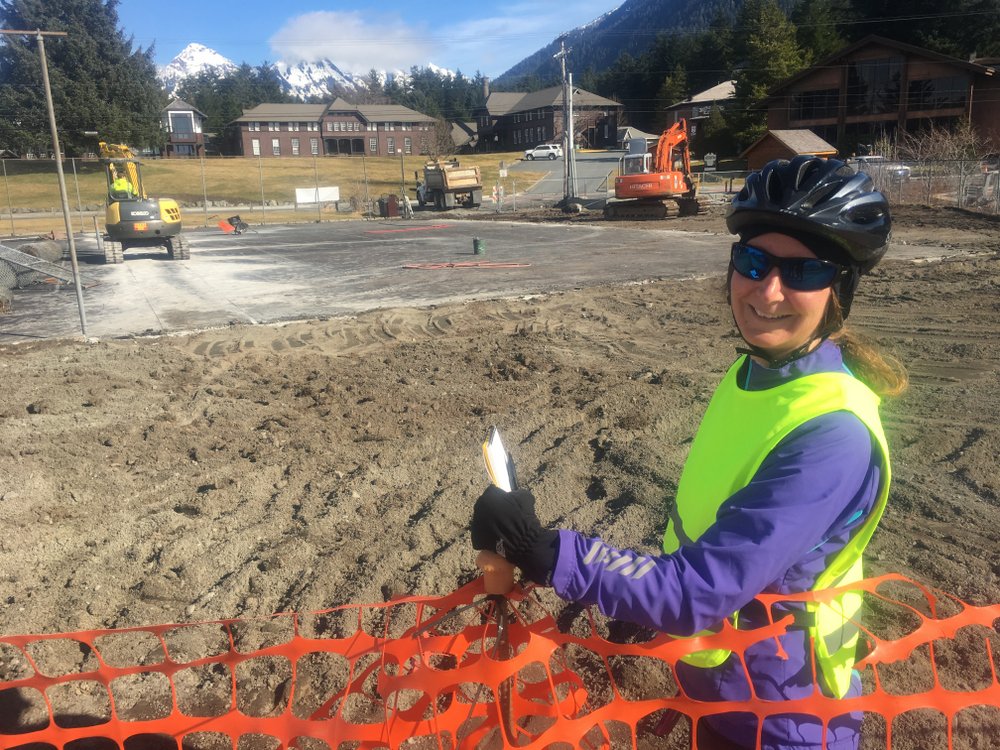 “There’s four inches of concrete under there,” says architect Monique Anderson. “They had money back in the 80s!” One other legacy in the area was also discovered: The former water tap used by city groundskeepers to flood the tennis courts for ice skating in winter. (KCAW photo/Robert Woolsey)

Landscape architect Monique Anderson stands by as excavators prep the site of Sitka’s new community playground on Friday (3-16-18). One of the three tennis courts is coming out in order to make room for the fully-accessible design, which will come to over $800,000 when it’s completed in mid-June. The project is 90-percent funded by grants from the Rasmuson Foundation, the US Land & Water Conservation Fund, and private donations. Sitka’s cash outlay will only be around $50,000.

Mark your calendars for a play date sometime after June 14, the week that equipment is scheduled to be installed.