An extended dispute by the City of Sitka to keep some email correspondence out of a murder trial involving two former municipal employees will be resolved in a judge’s chambers.

Sitka Superior Court Judge David George ruled in February (2-27-18) that the court will privately review over 1,800 emails seized from the computer of Reuben Yerkes, a former city paralegal accused of killing his girlfriend, Ali Clayton, in May of last year. 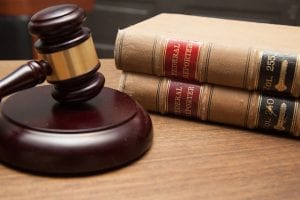 Judge George was also concerned about the “window” of the state’s search warrant, and if some of the seized email date from after Clayton’s death on the morning of May 6, 2017. (Flickr photo/Weiss Paarz)

Judge George will then determine “relevancy, privilege, and disclosure” of the emails, some of which the City of Sitka claims contain sensitive legal information about other court cases which may have crossed Yerkes’ desk in the course of his work.

Most notably, the city has argued that the emails refer to outstanding litigation over the August, 2015, landslides in Sitka. Most claims related to that matter were settled just a few weeks ago.

The city has claimed privilege over 10 emails in Clayton’s computer. Clayton formerly worked in the Finance Department; those emails were not subject to Judge George’s order.

Ordinarily in a criminal case, any evidence seized by the state — including emails — is handed over to the defendant as well. It’s referred to as “discovery.” The city’s assertion of privilege over some of this evidence has thrown a wrench into what otherwise is a straightforward process.

Even the state’s attorney, assistant district attorney Amanda Browning, recognized that this was an unusual — and potentially serious — problem.

“And looking at this case and thinking down the road, this is not a case I want to come back and have to retry due to the fact that we didn’t have 1,800 emails going through.”

Public defender Nathan Lockwood has advocated throughout the dispute that normal discovery rules should be followed, with relevance determined through the “adversarial process,” or debated in court like any other evidence.

The sheer volume of emails is a source of concern, however. The Sitka Police couldn’t open the email data on the thumb drive first used to search Yerkes’ computer. By the time that problem was corrected, the city had filed its claim of privilege — which triggered a number of subsequent questions, such as how the emails would be searched, sorted, and cataloged according to privilege. The city has argued that it is a cumbersome and expensive amount of work, and it’s set back the trial by months.

Judge George did not downplay the difficulties.

“Electronically-stored information causes problems. We’re all aware of that.”

The trial in the case has been pushed to September 2018 — almost 16 months after Yerkes claims to have shot Clayton in her home in the early morning of May 6, 2017, after an argument. Although Yerkes admitted as much to police when he turned himself in a few hours later, his attorney believes it’s important to cover all the bases. “If we’re balancing the monetary concerns of reviewing the data against Mr. Yerkes’ due process rights to discovery,” Lockwood told the court, “Mr. Yerkes’ due process rights have to win out.”

Judge George signed the order requiring the state to turn over its email evidence to the court on February 27.