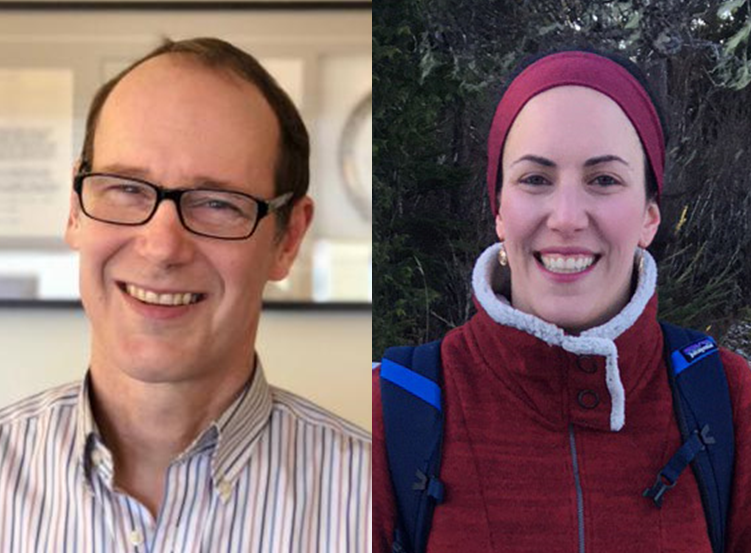 There are new faces behind the bench at the Sitka courthouse. Last month attorney Jude Pate was appointed to the superior court bench. He’ll be replacing judge David George, who is preparing to retire. Pate is joined by new Sitka magistrate Rachel Jones, who took over the local district court in late September.

When a longtime Sitka public defender got word from Governor Bill Walker that he would go from Jude Pate to Judge Pate, he was thunderstruck. “I was shocked,” Pate recalled with a pause. “And honored.”

Pate was in his office when he spoke with KCAW, where’s he’s been a state appellate attorney the past few months. Nathan Lockwood took over as public defender last October. Leaning against the wall was Pate’s guitar. He’s composing a song about how much “appellate lawyers love fonts” and have a whole committee to decide the typeface for their oral arguments. He picks up the instrument and sings.

On papyrus or parchment, or chiseled in stone
On a Gutenberg print press, or in your iPhone
This we can’t escape. Letters need their shape.
You font it. You font it.
You better get on it.

Pate’s bookshelf brims with Alaska court decisions throughout history. He loves books, preferring to lay a case flat against the pages of history and see what other decisions were being made at the time. “If you come up with particular factual situation, usually the law is going to have an answer. It’s going to be dealt with at some point in the past,” Pate said.

He thoroughly enjoys finding that answer, calling the process a “legal Sudoku.” When asked how he’ll handle the transition from being a lawyer to being a judge, Pate hiked up his sleeves and explained it this way.

“Baseball player: Playing the game, playing for one side, trying to win. Umpire: not trying to win, just trying to make sure there’s a fair game. It’s going to be a change for a baseball player to become an umpire, but it’s a different job. Maybe you’ll miss the thrill of the chase, but I’m looking forward to a different role and experiencing a different side of the law,” he says.

Pate’s understanding of the law is deep. Born in Nuremberg, Germany to a U.S. Army family, according to his official biography, he got his law degree at Lewis & Clark in Portland, Oregon and moved to Sitka in 1993. He’s been in-house counsel for Sitka Tribe of Alaska, a private practice attorney, and from 2006 to 2017, Sitka’s public defender. When you’re read your Miranda rights under arrest, that right to attorney – if you can’t afford one – was upheld by Pate.

“There’s a lot of people out there who are hurting, who need help. You have to compassionate and patient,” Pate said of public defense work. “Being a public defender is doing that day in and day out. And I think that will help me be a better judge.” Pate’s first exposure to the courtroom was during a mock trial in high school. The case was the Boston Massacre. Pate defended British soldiers.

His future colleague, Sitka magistrate Rachel Jones, also got her start as a student growing up in California. “My mom sent me to law camp when I was in high school. While everybody else was at soccer camp and lacrosse camp, she pretty accurately assessed my strengths and weaknesses. I did go to soccer camp. I was not steller at it,” Jones said.

Luckily, Jones had a natural aptitude for the law. After graduating from UC Berkeley Law School, she came to Sitka in 2012 for a clerkship with Judge David George. She filled in as an emergency magistrate judge, which is legal in Alaska, and remembers how she felt donning those billowing robes for the very first time.

“[I was] fairly intimidated by it. Your friends at big law firms are six months out of school, doing document review. And you have the conversation: ‘Well, what are you doing?’ [they ask]. And you’re like, ‘Well, I was on the bench for the first time today.’ It’s a lot of responsibility very early on in your career,” Jones said.

Years later, Jones is now Sitka’s magistrate judge, selected through a statewide process to replace Leonard Devaney upon retirement in September. As magistrate, Jones is the first person anyone sees on the criminal side. On the civil side, she runs small claims court and traffic court.

She spoke of the weight of her responsibilities.

“Whether it’s in the courtroom or in daily life, you never know what someone is going through. Adoptions and weddings are the fun, light-hearted pieces of what we do. But for the most part, people aren’t in here for happy reasons. So you’re making decisions about other people’s lives while they’re in crisis. Being mindful of that is really important,” Jones said.

Some high-profile crimes in Sitka has brought more news attention to the courts than usual. Because both Jones and Pate have long track records as attorneys in this community, neither would preside over cases involving former clients. Those would be assigned to other judges, including a case involving a Sitka man accused of murder.

Pate’s first day on the job is April 16th, but he luckily has a few more months to finish the font song before an award ceremony for lawyers this summer. “The last line, I know goes, ‘But there’s a special place in hell where all the type is Arial. You font it, you font it,” Pate sang, strumming the last few chords.