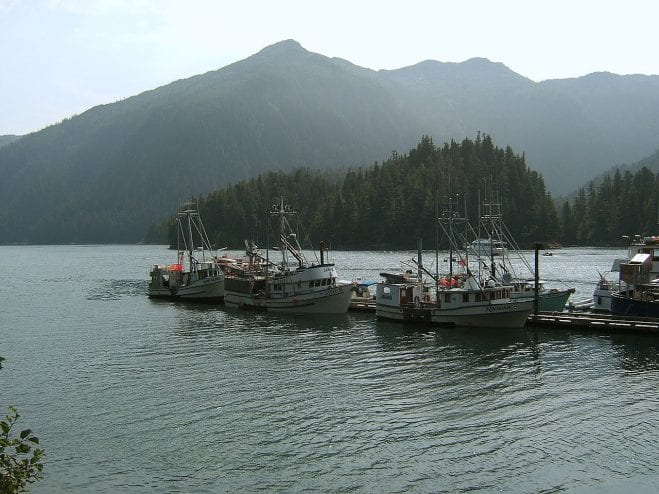 A salmon hatchery permit in Warm Springs Bay near Sitka has been denied after members of the public voiced concern over its location and the impact to the local environment. It’s the third time in seven years that a hatchery application has failed in the bay — all submitted by the same individual.

Juneau resident and Warm Springs property owner Dale Young submitted the proposal for the private, nonprofit hatchery, the Sustainable Salmon Institute, in November of 2017. The Alaska Department of Fish and Game identified the area as an ideal location for a Chinook hatchery in the 1980’s, but the project wasn’t pursued. Young also applied for a hatchery permit in 2011 and again in 2012 but his application was denied both times.

Warm Springs resident Jim Brennan, who KCAW spoke with in February, said it was a big win for the small community, in large part due to the outpouring of opposition at a public hearing in Sitka on February 23.

“People in Baranof who own cabins there are extremely appreciative of the support we got from Sitka residents in opposing the hatchery,” Brennan said.

Warm Springs Bay — also known as Baranof Warm Springs — is 12 miles due east of Sitka by air, and within the Sitka Borough. It has about 15 seasonal homes and a summer fishing lodge.

In a letter from ADF&G commissioner Sam Cotten denying Young’s application, Cotten acknowledges many comments were received in support of the hatchery, but writes that the opposition from several commercial fishing organizations as well as strong opposition from the Northern Southeast Regional Aquaculture Association (NSRAA) and the public bolstered the decision to deny the permit application. NSRAA operates Hidden Falls, a hatchery around 10 nautical miles north of Warm Springs that has seen problems with predation in recent years, leaving the hatchery fighting to keep its doors open.

While Brennan is relieved, he says he hopes ADF&G can develop policy that limits the number of times  someone can re-apply for the same hatchery permit.

“Each time the Department of Fish and Game has to go through this process, of course, it taxes their resources,” said Brennan. “They’ve got plenty of other things to do in regulating fisheries in Alaska. It’s unfortunate that they’ve repeatedly had to come up to do this. So we would be hopeful that there would be some development of a regulation or statute to limit the ability for someone to keep coming back and repeat an application that has been rejected.”

According to Alaska regulations on hatchery permits, any hatchery permit that has been denied by the Alaska Department of Fish and Game may be reconsidered by the commissioner if the applicant can provide new information that may have altered the original decision.

KCAW spoke with Young and will publish a follow-up story Thursday (4/05/18).