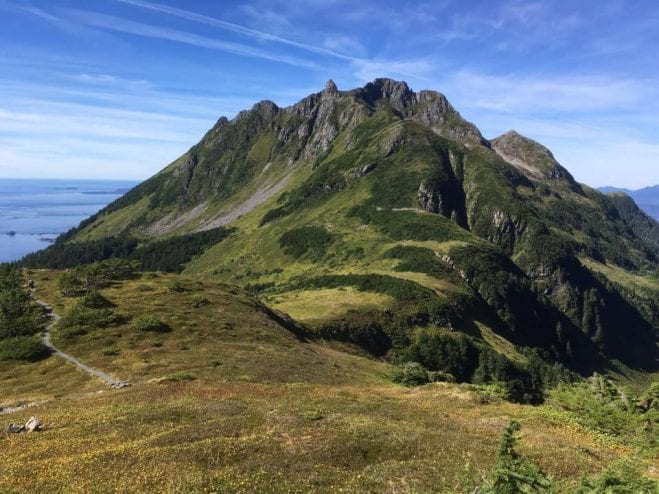 Five hikers were assisted off Harbor Mountain by Sitka Mountain Rescue this weekend, when one member of their party became dehydrated.

The rescue was set into motion around 6 p.m. on Saturday (04-07-18). Five young hikers traversing from Gavan Hill to Harbor Mountain called the Sitka Fire Department. One of their members reported extreme muscle cramping and was unable to go any farther.

A press release from the Alaska State Troopers said the hiking party ran out of water and was not equipped to stay overnight.

Ron Duvall, a longtime volunteer with Sitka Mountain Rescue, described the operation as exactly the kind of scenario his group trains for. He commended the hikers for calling for help while it was still daylight and finding shelter.

“I appreciate the five individuals for being so cooperative and making the right decision to call as soon as they needed help. They used their skill sets to make a fire and keep warm while we were in route to them,” Duvall said.

Sitka Mountain Rescue volunteers ascended Harbor Mountain Road on a four wheeler as far as they could go. They hiked the rest of the way, making contact with the party before 10 p.m. Saturday night.

For the four hikers that were able to walk, they were escorted off Harbor Mountain by some members of the rescue party. The others stayed with the dehydrated hiker overnight, tending to the fire and stabilizing his condition with warmth, fluids, and rest.

The next morning, they helped the hiker out of the woods on step at a time.

“A lot of it is mental. It’s always good to have people in good spirits, telling stories and keeping people’s mind off the negative of the situation, but obviously focused on every step,” Duvall said.

To avoid dehydration, Duvall advised all hikers to drink plenty of water before embarking on outdoor adventures. “Once you’re in the field, it’s really hard to get re-hydrated. What you have in your body when you get started is really what matters.” He also stressed the importance of replacing salts lost to sweat with snacks.

All hikers and rescue personnel were out of the field by 9:30 a.m. on Sunday. Organized in the 1960s, Sitka Mountain Rescue currently has 53 members and is working towards re-accreditation this spring.