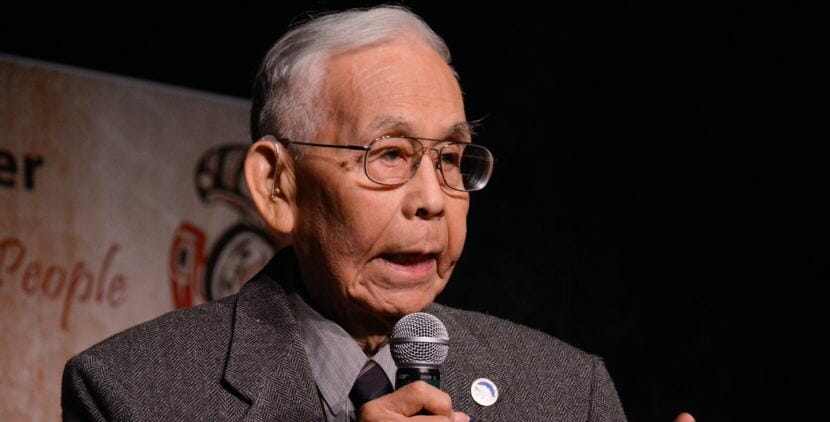 Now, he’s received the highest form of recognition given by the state’s largest tribal government.

Gil Truitt was so much a part of life at the public boarding school that he was known as “Mr. Mount Edgecumbe.”

He decided to become a teacher while attending the school in the 1940s. He took some time off, then went to college to study education.

Central Council of Tlingit and Haida Indian Tribes of Alaska President Richard Chalyee Éesh Peterson picks up the story from there.

“Dr. Truitt returned to his longtime hometown of Sitka, Alaska, to fulfill his dream of giving back to his community, to Mount Edgecumbe High School and students. He not only gave his time to the school, but exemplified courtesy, commitment, sportsmanship, quality and professionalism to the students and his coworkers,” he said.

Peterson presented Truitt with the President’s Lifetime Achievement Award during an April 19 ceremony in Juneau. It was part of the organization’s 83rd annual tribal assembly.

The recognition is one of many Truitt has received during his career and subsequent retirement. He responded with appreciation.

“A person does not become a teacher for recognition, to become rich or to become popular. But believe me, when those recognitions come, it is worth every second, every hour, every year that a dedicated teacher will spend with the young people,” he said.

Truitt was one of eight tribal citizens honored at the President’s Award Banquet. It raised more than $36,000 to support the central council’s language initiatives.

DonnaRae James is executive director of CAlaska Culture, which brings together Alaskan Natives living in Northern California to learn and practice their traditional culture. She was named an everyday hero for being a culture bearer. (Photo courtesy Tlingit & Haida)

DonnaRae James was named an everyday hero for being a culture bearer and organizing and leading traditional-skills workshops in Northern California.

“For me to use my hands to create in much of the same way as my ancestors did helps to ground me in my life as well as my culture. I’m honored to teach others the skills I have and I feel that it brings our ancestors forward each time I share knowledge,” she said.

Read biographies of the award winners.

Nancy Barnes was recognized as an important tribal ally. She’s a dance leader and longtime legislative staffer who’s been involved in language revitalization and other cultural and political work.

Barnes was named as an ally because she is Tsimshian and Alutiiq, not Tlingit or Haida. But she said all share similar goals.

“As someone once said, we’re all in this canoe together. We have many of the same issues and we should always help each other. We are strong when we come together and lift each other up,” she said. 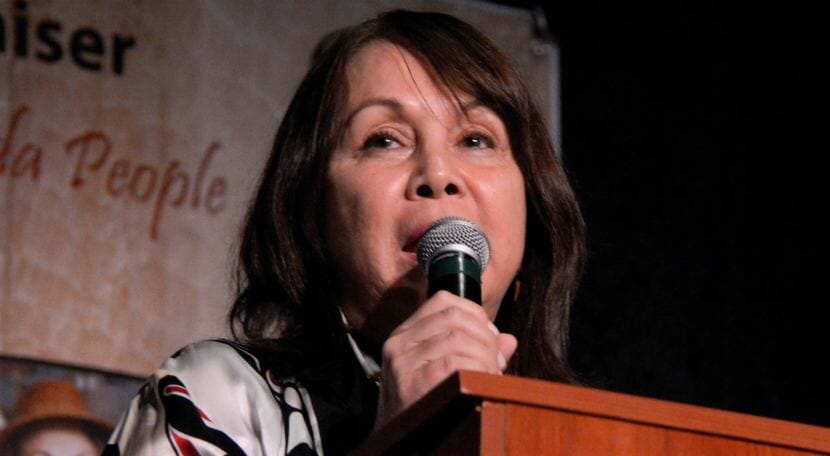