After two years of debate, Sitka’s tobacco age goes to 21 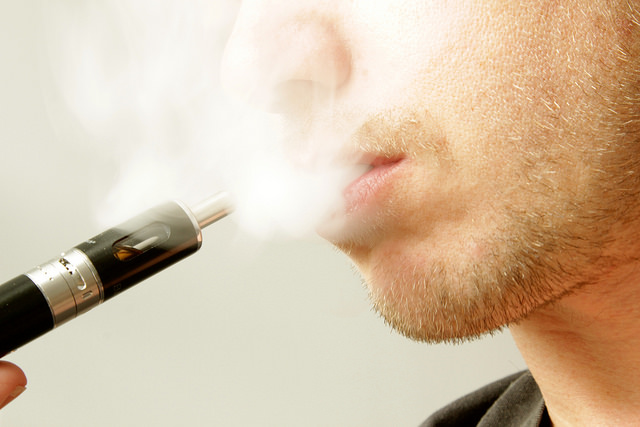 The Tobacco21 ordinance will raise the age to purchase all tobacco products — including e-cigs — to 21. Last year’s assembly debate centered on personal rights; this year, the assembly seemed more concerned about the impact on young smokers (19 and 20 year olds) who might already be hooked. (Flickr photo/Ivan Atanassov)

The age to buy tobacco in Sitka will be going up, if an ordinance passed by the Sitka Assembly this week survives a second reading.

There was broad support for the local initiative — called Tobacco 21 — after the assembly’s concerns were addressed over how to deal with the 19-to-20 year olds who are already hooked on smoking.

Tobacco 21 is a statewide policy in 4 states — Oregon, California, Maine, and New Jersey — and it’s likely to pass the Massachusetts legislature in the near future.

Elsewhere around the nation, including Sitka, advocates for increasing the age to purchase tobacco to 21 are concentrating on local policy. The Sitka Health Needs and Human Services commission drafted language to increase the age in Sitka from 19 to 21 in 2016.

But it wasn’t a slam dunk. Assembly member Steven Eisenbeisz, a veteran, last year expressed concern that if 18-year olds were responsible enough to vote and serve in the military, then a 19-year old could make a personal decision about whether to smoke. Member Aaron Bean held a similar view.

Eisenbeisz took a new tack this time, in a question to Sitka Community Hospital’s Doug Osborne.

“What do you or any other groups that you’re associated with intend to do with the 20-year old who’s has either legally been smoking for a year, or illegally smoking for quite some years, who is now cut off from his addiction? I think we all understand addiction to be a disease at this point, with whatever substance they might be using, and now we’re simply cutting them off cold turkey.”

Osborne, who runs health promotions at Sitka Community, empathized with the smoker.

“It’s an interesting thing for me to think about because when I was 19 I was legally buying tobacco and I was hooked. What would I think if I looked down at a sign that said ‘On January 1 it’s over’?”

Giving young tobacco users time to prepare for the ordinance proved to be instrumental to its success. By changing the effective date to October 1, Osborne said that store managers were willing to work with him and his partner organizations to make sure tobacco-quit literature was available where people can buy tobacco now — since quitting was what the health community hoped for.

Alternatively, 19- and 20-year olds could begin to stock up.

With the effective date extended five months, further resistance to the ordinance fell away. Like Eisenbeisz and Bean, member Bob Potrzuski also had his doubts, but said he had come around.

“Last year when we talked about this I was surprised to find myself in the same place that Steven and Aaron were. But the folks at Tobacco 21 pushing the initiative did a great job in responding to my questions and my concerns, and I’m very solidly in favor this now. So I’d like to thank them publicly for taking the time to educate me and to work with me.”

Member Richard Wein — a surgeon — wove together a medical and political argument for the new policy.

“It’s the difference between a right and a privilege. Voting is a right. Smoking is a privilege, and can be legislated. That includes the age for driving, the age for drinking, etc. There’s only good that can come from this, and it’s a very simple thing. As a physician, as somebody who has seen the ravages of these diseases, I cannot think of a single reason not to do 21.”

Wein said that he’d also vote in favor of Tobacco 85 if someone were to change the ordinance.

Member Kevin Knox coaches Sitka’s youth swim club, the Baranof Barracudas, and helps organize the annual Julie Hughes Triathlon, named for a student athlete who died from leukemia. Knox said that seeing kids adopt the use of the ever-increasing amount of tobacco products like e-cigarettes, vapes, and smokeless tobacco “broke his heart.”

He thought the success elsewhere of Tobacco 21 spoke for itself.

“In states that have passed the Tobacco 21, and in local municipalities that have also passed it, they have been very, very clearly able to show marked declines in access to tobacco products. And then kids that are turning 18-21 won’t ever use — they won’t ever pick it up.”

Knox said he’d also support Wein’s suggestion of Tobacco 85, but he thought 21 was “a reasonable start.”

The ordinance passed 6-0 on first reading with Aaron Bean absent. If it passes on second reading on May 22, it will take effect in Sitka on October 1.

Update 5-23-18: The Sitka Assembly adopted the Tobacco 21 ordinance 6-1 on second-and-final reading, with Aaron Bean opposed. The effective date was amended to August 22, 2018. 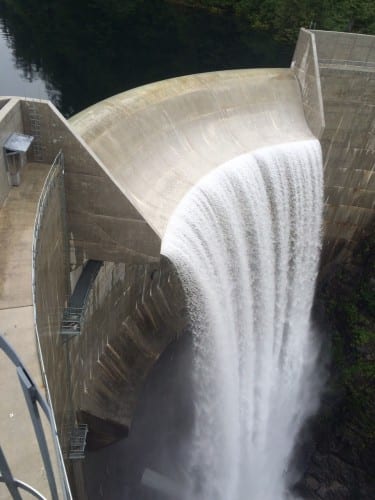 Although the assembly passed the 2019 budget on first reading, Steven Eisenbeisz objected to rate increases for some services (and voted no). Richard Wein (who voted yes) was concerned about $75,000 for researching an alternative water supply, in the event the Blue Lake Dam is shut down for repairs. “I have a lot of questions,” he said. (Photo courtesy of Lance Ewers).

Wednesday’s (5-9-18) extended assembly meeting was the second in a row that required an extra evening to complete.

This spring’s assembly schedule has been packed with business, most concerned with Sitka’s budget for the coming year.

As a result, Wednesday’s first vote on the 2019 budget was anticlimactic, as far as actual dollars were concerned.

Nevertheless, the sparring was far from over.

“However, I’m not going to be able to vote for this budget.”

Eisenbeisz said that he was unable to support the budget since it contained six-percent rate increases for some services in Sitka.

That bothered Kevin Knox, who argued that the assembly had spent considerable time and effort keeping services at a level that meet expectations for Sitka’s residents. He was disappointed that the budget vote was not going to be unanimous.

Other members agreed. Now it was just a matter of who could be more picturesque describing his frustration.

“It has been quite a process. It almost feels like we need a t-shirt that says ‘I survived the 2019 Budget Cycle’.”

And here’s Mayor Matt Hunter, a science teacher, with some paleontology to describe his fears over deferred maintenance in all of Sitka’s infrastructure:

“We have this — it’s not an elephant — mastodon in the distance galloping our way. If mastodons gallop, I don’t know. But it’s a terrifying thought that we’re going to have to pay for this stuff.”

Bob Potrzuski was cinematic, and rather than considering galloping mastodons, he might have been thinking about the runaway bride.

“I’m a little disappointed in your comments, Steven. Last year, when you voted no kinda at the end, I felt like I was walking down the aisle to get married, and then suddenly I was jilted. Just because of the work that we’ve done together.”

Richard Wein doubled-down on the wedding analogy, but his sympathies were with the bride.

“I have some bad news for Mr. Potrzuski: You’re going to have to return those wedding gifts, my friend. But I’m keeping the ring.”

Wein said he would vote for the budget, but he couldn’t support it until his concerns over the rate increases — and the costs over studying the need for an alternative water supply — were satisfied.

The $29.5 million dollar General Fund budget for 2019 passed 5-1 on first reading, with Steven Eisenbeisz opposed. Capital projects for next year will be passed by resolution, on a case-by-case basis.