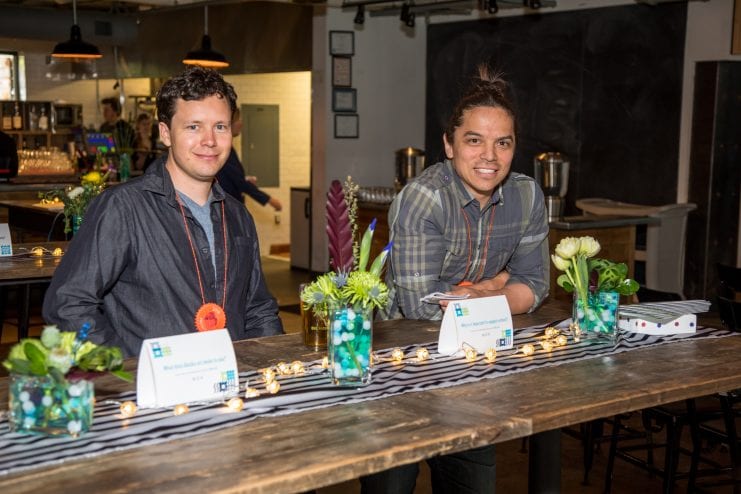 Sitka musician Zak Dylan Wass and Kake carver Robert Mills each earned a $7,500 Individual Artist project award from the Rasmuson Foundation. Wass will purchase new computer equipment for his first album of original music. Mills will travel to museums to study the mechanics Pacific Northwest transformation masks. He’ll build on the form by designing his own transformation mask. (Glenn Aronwits for Rasmuson Foundation)

The Rasmuson Foundation awarded project money to several Alaskan artists last week through their Individual Artist Awards program. Several of those honorees have roots in Sitka and Kake.

Multimedia artist Nicholas Galanin won an $18,000 fellowship award, money he’ll use to assemble the necessary tools and equipment to create a large body of sculptural copper work this year.

Employing the techniques of chasing and repoussé, his work is steeped in traditional Tlingit metalworking and includes the training of several apprentices.

Galanin has received accolades from the Rasmuson Foundation before. He was awarded a Fellowship in 2008 and 2014 and won a project award in 2011. Much of Galanin’s work from that period is currently featured at the Heard Museum in Phoenix, at a solo retrospective called “Dear Listener.” 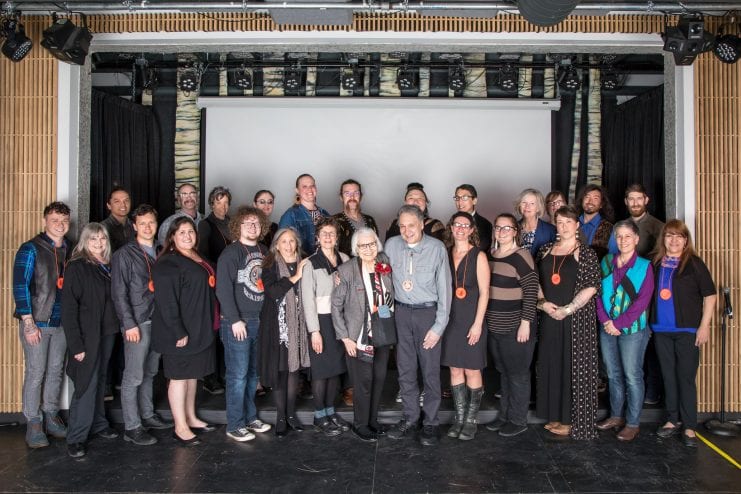 Rasmuson’s project awards amount to $7,5000 and are designed to help an artist advance a specific work. Sitka winners include composer and musician Zak Dylan Wass and clothing designer Peter Williams.

Wass is producing his first album of original music, inspired by music around the world. He’ll use the project money for purchase a new computer, what he calls, “the brain and database of my musical life.”

Williams designs wearable art from seals and sea otters. His project award will go towards constructing a shed and purchasing supplies to tan hides and refine his designs.

Another project award winner is carver Robert Mills of Kake.

“That idea of  transformation – going from a physical bird or a raven and then you get into the inner spirit – is pretty amazing. The possibilities are endless,” said Mills over the phone.

Used in potlatches throughout the Northwest Pacific, transformation masks depict one spirit on the outside and when a string is pulled, reveal another spirit underneath.

Mills is tossing around the idea of making the outside of his transformation mask an octopus, that opens alongside the beak. “The challenge of that keeping me up at night, keeping my mind engaged constantly of how can I pull that off…I like that idea,” Mill said. He plans to debut the mask with a new song.