‘He looks good in black’: Jude Pate sworn in as Sitka Judge 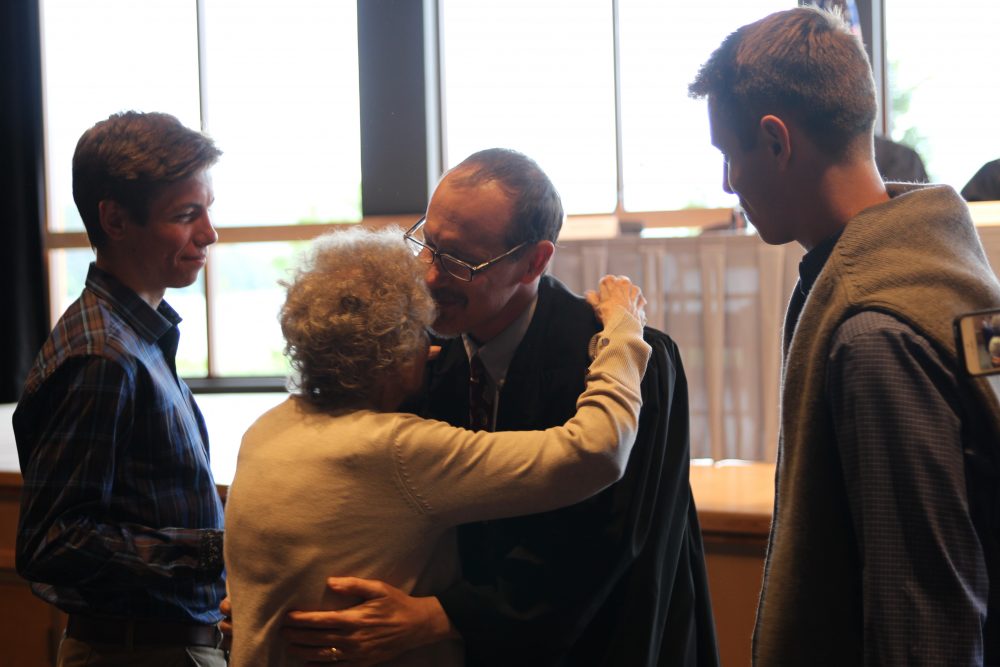 Judge Jude Pate plants a kiss on the head of his grandmother, Nancy Balogh, as he’s assisted into black robes by his sons Will and Joe. Pate was sworn in as the Sitka Superior Court judge today (06-01-18). (Emily Kwong/KCAW photo)

Sitka has a new Superior Court Justice. Longtime attorney Jude Pate was sworn in today (06-01-18) before a crowd of family, colleagues, and community members. A Who’s Who of the Alaska Justice system spoke to Pate’s character, both as a lawyer and as a bonafide Alaskan.

With a few smacks of the gavel, a panel of judges called for the crowd’s attention.

Seated in the middle in black robes, Chief Justice of the Alaska Supreme Court Craig Stowers said there’s two purely joyful duties to the job: adoptions and robing ceremonies, like this one.

“We have the privilege and the joy of welcoming another person to the ranks. This is like a changing of the guard for the court system. We have judges that have served honorably and well. They retire and they go off into the sunset or golf courses, or wherever retired judges go. (Crowd laugh) And then we have new judges that come on board,” Stowers said. 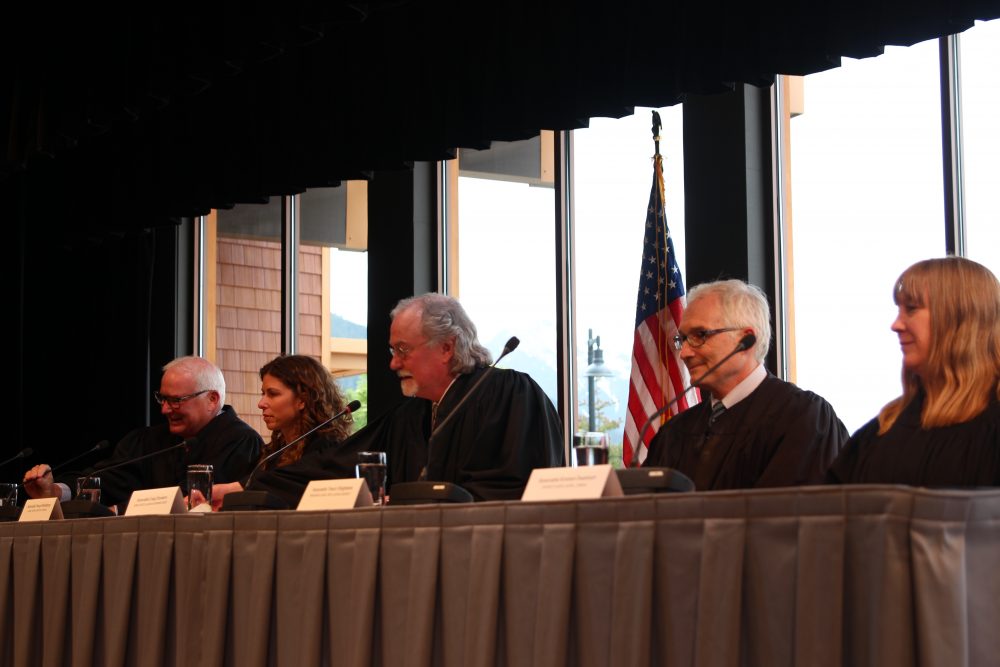 The retiring judge is Judge David George. He sat next to Stowers with a big smile on his face. Pate then walked from the audience to the front of the main room in Harrigan Centennial Hall and raised his right hand.

Pate’s sons, William and Joseph, and grandmother Nancy Balogh then helped him into his black robes. “He looks good in black, don’t you think ma’am?,” Stowers said to Balough.

Pate joined the other judges on stage, including Alaska Court of Appeals Judge Tracey Wollenberg, Presiding Judge of the First Judicial District Trevor Stephens, and Juneau District Court Judge Kirsten Swanson. Several made speeches about his track record as a public defender and community member. 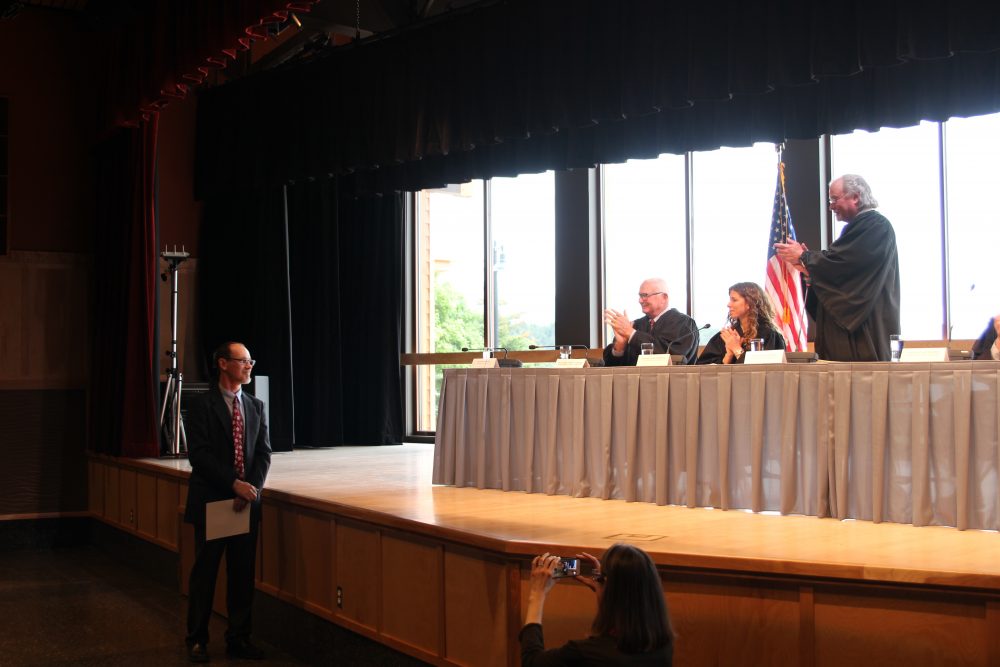 Wollenberg spoke to Pate’s diligence with memos when handing off cases to the appellate court. “Jude made sure the next lawyer knew everything he knew. His transfer memos were always on time and were the most comprehensive I ever received,” Wollenberg said.

Pate was appointed in February by Governor Bill Walker after a thorough public vetting by the Alaska Judicial Council. The other finalist was Julie Willoughby, a top defense attorney in Juneau. Stowers described the intensity of the selection process. Pate received a score of 4.6 out of 5 in a survey from the Alaska Bar Association.

Withholding names, Stowers read some of the comments submitted by his peers. “There was a letter sent by a former judge who is now retired. He said, ‘If you like to fish, you would want to fish with Judge Pate. He might even let you catch the first fish. He is that nice. He plays fair and I believe he instills in others the desire to be a better human being.'”

Looking at Pate, Stowers then said, “I welcome you brother to the bench.”

The Juneau Superior Court seat is still vacant with the retirement of Judge Louis Menendez. The Juneau Empire reports that two attorneys – Amy Mead and Julie Willoughby – were recommended for the seat by the Alaska Judicial Council. The final decision is now in the hands of Governor Walker.