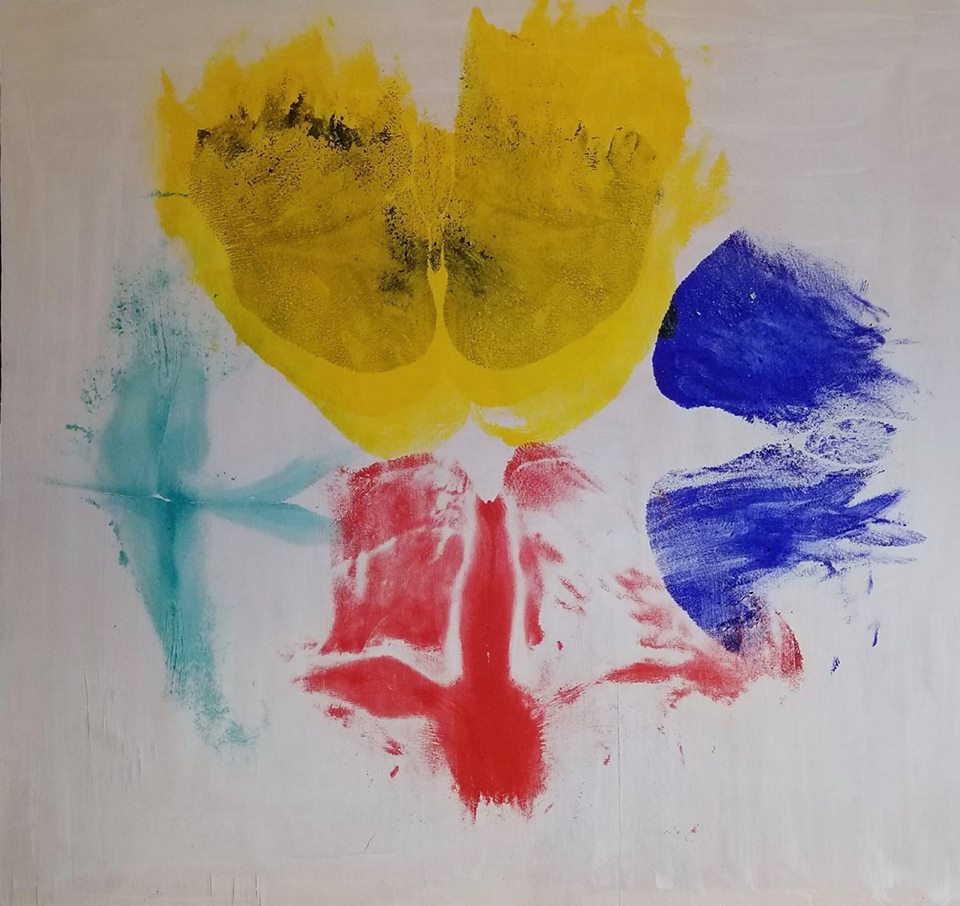 Collective members painted their bodies and pressed them onto paper. This work was shown in their first show, at the Mean Queen on May 24th.

Savannah Rose holds a small tattoo gun, steadying her arm before she leans forward to tattoo a young woman who has bared her shoulder. “All right, you ready?” Rose asks. :”Have you been tattooed with one of these machines before?”

We’re in Savannah Rose’s tattoo parlor, Sailing Saint Tattoo. Rose is tattooing a Virgo constellation on a young woman’s shoulder. She outlines the stars in blue ink, then fills them in with her small vibrating tattoo gun.

“Not bad,” the young woman answers.

Just after the tattoo starts, three women wearing roller skates and knee pads enter the tattoo shop. One of them is Claire Turner, another member of the collective. “This is the life of the tattoo shop,” Rose says. “Your friends just show up in their cute derby outfits to visit you. It’s pretty great.”

I ask Turner what she’s working on for the show. She tells me she put out a call on social media, asking for models to pose for her. She says, “I’ve called the collection backbones. I ended up drawing over forty different women. All kind of poses from the back, nudes.” 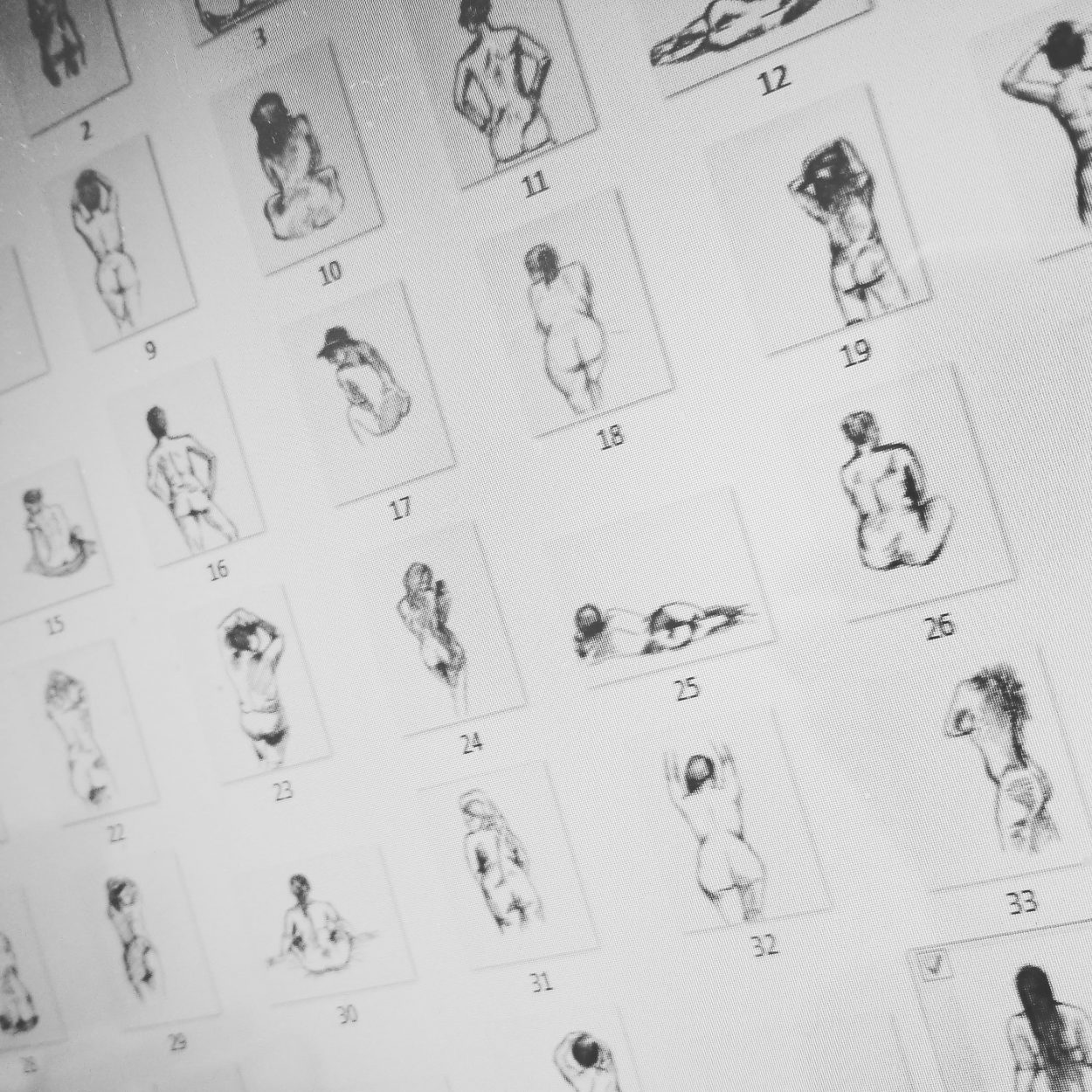 A peek at Claire Turner’s series, Backbones. The pieces will debut June 22 at the Mean Queen at 7pm.

While we’re talking, Rose finishes tattooing and her client walks out, a bold new constellation marking her skin.

Rose tattoos during the day and at night, her tattoo parlor becomes a drawing space. She’s seated before an over-sized piece of drawing paper with a sketch. She’s going over the lines with a marker.

I ask her if she can talk us through her process.

“Yeah, so I, when I do pieces most of my art pieces,” she says, “I do them in the same way I do tattoos, is I will sketch up a piece and then hard-line it with sharpie and then I watercolor it. So, water coloring is really similar to tattooing. Blending colors, pushing colors, very similar hand movement as well.”

The piece is one of seven she’ll debut at Inanna’s upcoming show. It’s called “Through the Keyhole.”  It is a nude, bound woman through the inside the shape of a keyhole and Rose points out it’s slightly voyeuristic. 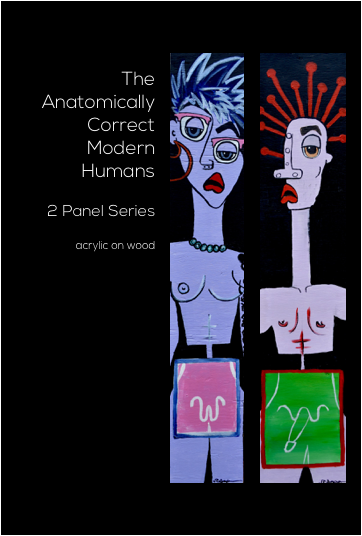 A poster for Kitty Sopow’s work for the show.

“Living in Sitka, Alaska,” Rose says, “it’s a little bit, it’s actually a lot bit difficult to get your art shown if there’s any nudity in it and a lot of my stuff is nude. I found myself making art to sell and not making what I wanted to make. And I feel like artists make their best work when they’re making art for themselves.”

Bauscher also noticed herself censoring her art so she could sell it in Sitka, covering parts of the body in her portraits. All four of the women in the group–Rose, Bauscher, Turner and Kitty Sopow–make some art that is too edgy for the shops downtown.

Bauscher says, “Oftentimes when people want to find ways to do art as a living, they need to make work that sells.”

“The art community here pretty much caters to the tourists,” Rose says, “and that’s doing a disservice to our community and our youth. You can only see so many eagles picking up salmon before it gets monotonous.”

I asked the women how people reacted to Inanna’s first show, which took place at the Mean Queen on May 24th. The women painted their naked bodies and pressed them on paper, creating almost-abstract shapes. But on closer inspection, the prints revealed intimate anatomy.

“I think a lot of people felt inspired or emboldened to maybe to do more maybe not-safe art,” Bauscher says.

Then the women wanted to make sure I knew about the origin of the collective’s name. Inanna is considered the first goddess.

“The sumerian goddess of sex and life and creation,” Rose says.

Bauscher says, “Inanna because we’re trying to breathe new life into the art scene in Sitka.”