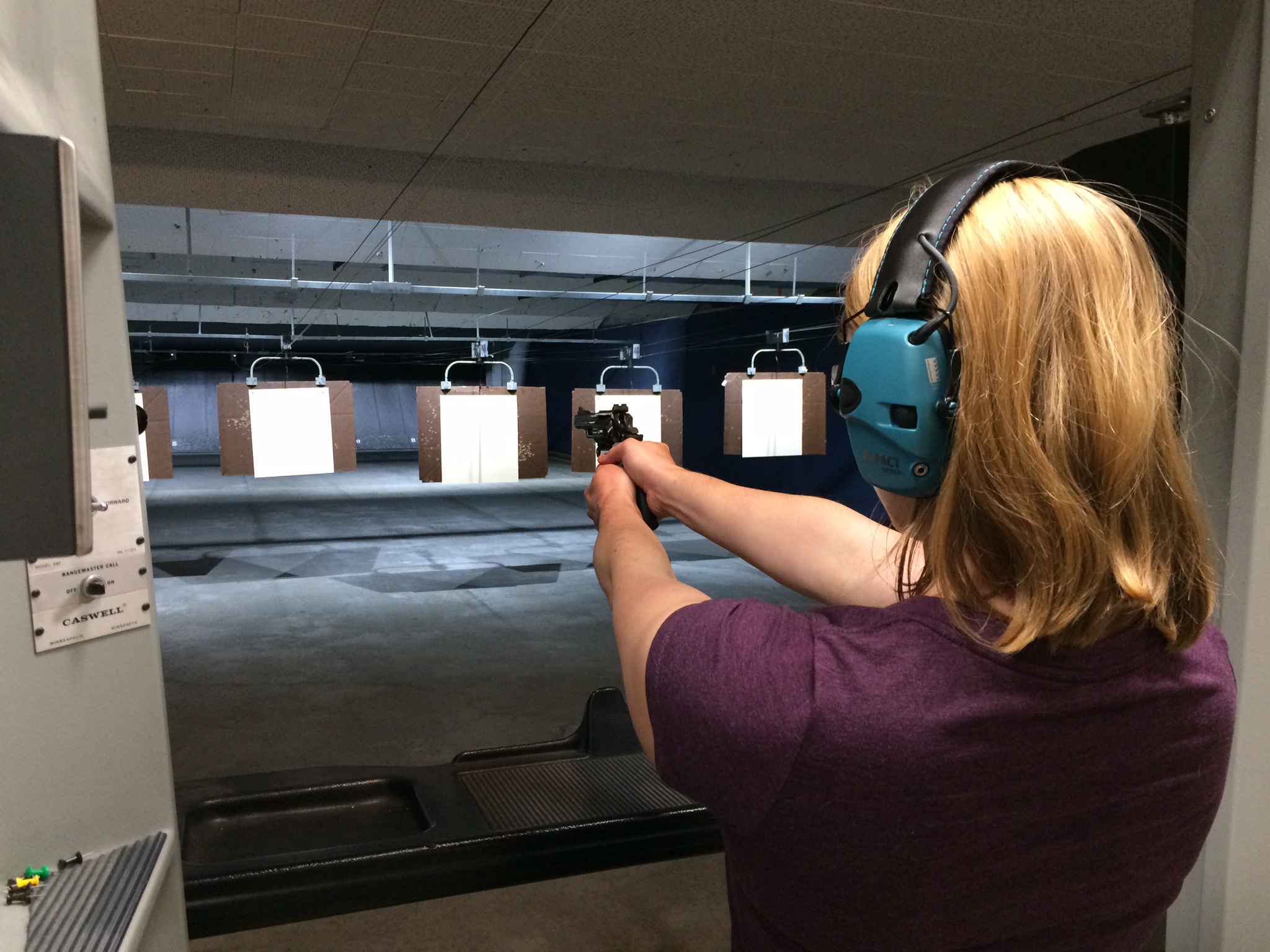 While it’s no secret that there’s a sizable gun-owning community in Sitka, it also happens to be co-ed. At the Sitka Sportsmen’s Association indoor shooting range, the fastest-growing user demographic is female. KCAW’s Katherine Rose reports on a new pistol clinic tailored especially for women.

I’m standing at the back of an indoor gun range, looking over the shoulders of eight women as they stare down the dimly lit blue tunnel toward targets made out of old fish boxes, and wait for the signal.

Using anywhere from .22 to .40 caliber pistols, these women practice shooting. Some with little experience; some with quite a bit. Steve Ramp, of the Sitka Sportsmen’s Association, leads the course, and said after three years of a women’s pistol league in the fall, women were asking for more opportunities to shoot.

“In December, several of the shooters approached me and said ‘We don’t want to wait until next September to shoot again. Can you do something in the meantime?”

So they created the “Women’s Pistol Clinic,” a four-week course designed to teach women the basics of how to use a firearm, from gun safety to tricks that improve aim and accuracy.

“My goal is to make the opportunity for women to get involved in shooting sports, that they wouldn’t have otherwise,” Ramp says. “Because I think we need more women involved.”

Why? Ramp says gun ranges haven’t felt the most welcoming to women in the past.

“It might be sexist, but it’s always been a guy thing to go out and shoot guns,” Ramp says. “And in America we’re seeing more and more women get involved in the shooting sports and it’s awesome. It’s not a guy thing like it used to be.”

That’s why he says having women coaches like Kelly Goeden is helpful.

“My role is mostly just line coaching. Just being a helper, being a female on the range to help make things a little more comfortable for some of the ladies,” Goeden says. “To help them gain some some confidence, and to see that it’s not just a men’s thing. Women can do it too.”

She’s been around guns most of her life. Her husband is the commander at the State Trooper Academy, and he’s a coach at the women’s clinic here tonight, but she only started shooting a few years ago. And she’s good. Goeden won the women’s pistol league last fall. 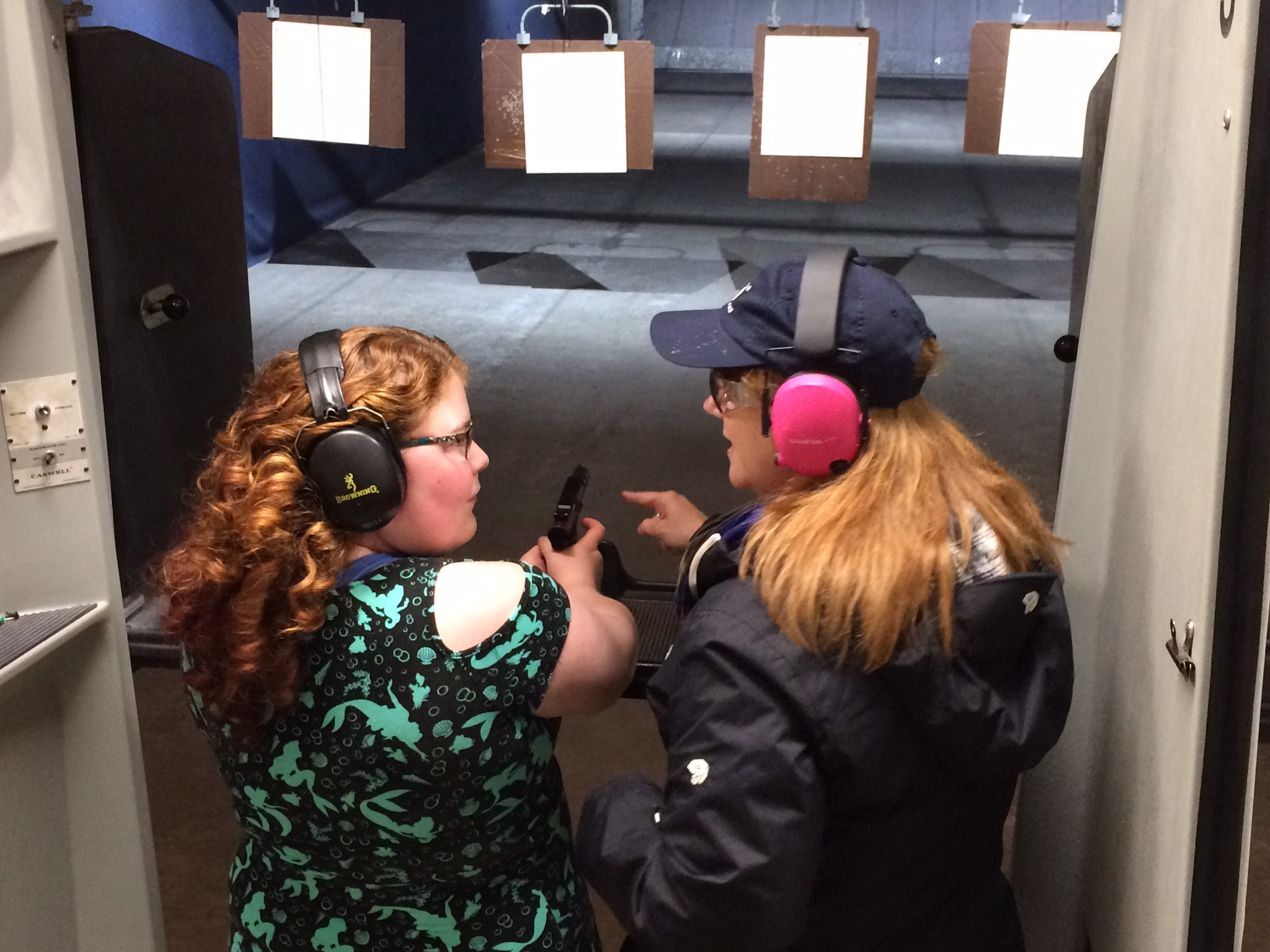 Kelly Goeden instructs a participant on improving her ‘trigger pull.’ Goeden won last year’s Women’s Pistol League and is an instructor at the clinic. (Photo/KCAW/Katherine Rose)

“I didn’t think that I did,” Goeden says. “I seriously thought I was probably 4th or 5th. There are some great shooters in the women’s pistol league. When he was announcing the winner, I was really pretty.”

Goeden and two other coaches work with the women on trigger pulls, doing a ball and dummy test to see if they’re jerking the trigger or keeping it steady when they shoot. While the shooters turn their backs, the coaches load a single round into some of their pistols, and leave some empty. Then the women turn toward the range, and without knowing if their gun is loaded or not, take a shot.

“It’ll be a visual cue to them ‘oh I really am jerking the trigger.’ Which is probably the most common cause for people not shooting up to their potential, whether they’re men or women,” says Ramp.

Participant Andrea Turner says she’s happy Goeden is there. It does change the student/teacher dynamic.

“She was talking about holding a gun out at arm’s length in front of you, how it uses these muscles that we’re not used to. There are biological aspects for women versus men that are going to be different when we’re shooting, so having her perspective on this is really comforting.”

Turner says she had a very specific reason for attending the gun clinic, to learn and challenge herself in a way that helps inform future conversations about gun ownership and gun violence.

“My thing that I’m working on this year is confronting fear in all aspects of my life,” Turner says. “I’ve had very strong opinions about guns for forever. I got to thinking about it and realized that a lot of those opinions are based on fear, and a lot of that fear is based on the fact that I don’t know a lot about guns or gun safety.”

Ramp and Goeden say that programs like this have helped the sportsman’s association see a big jump in women’s participation.

“It’s been really impressive,” says Goeden. “When we started the women’s pistol league three years ago, I want to say there were about 10 ladies in the league. This past year we ended with 28.”

It’s not all good news. That means more competition for Goeden this fall at the pistol league.

“Some of their groups are pretty impressive,” Goeden says. “I’m not sure I want to shoot against them.” 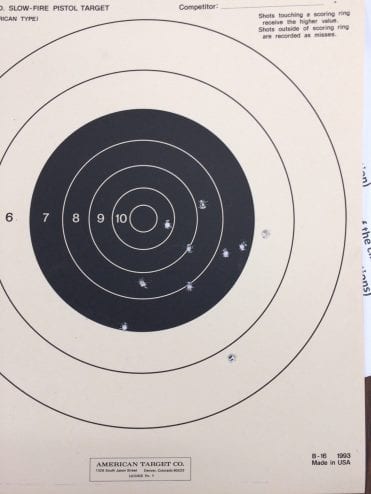 This reporter tried her hand at shooting a few rounds. (Photo/KCAW/Katherine Rose)