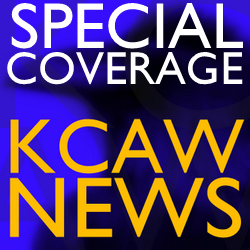 NPR will broadcast 1-hour special from 4 p.m. to 5 p.m. tonight (7-16-18) on the summit in Helsinki between President Donald Trump and Russian President Vladimir Putin. For two world powers that have long been at odds, Trump and Putin projected an image of two countries moving to improve relations. This, on a day that US prosecutors unveiled new charges of a Russian conspiracy and Congressional leaders denounced Russia as hostile to America and an adversary.