Glam emoji take over the library :-) 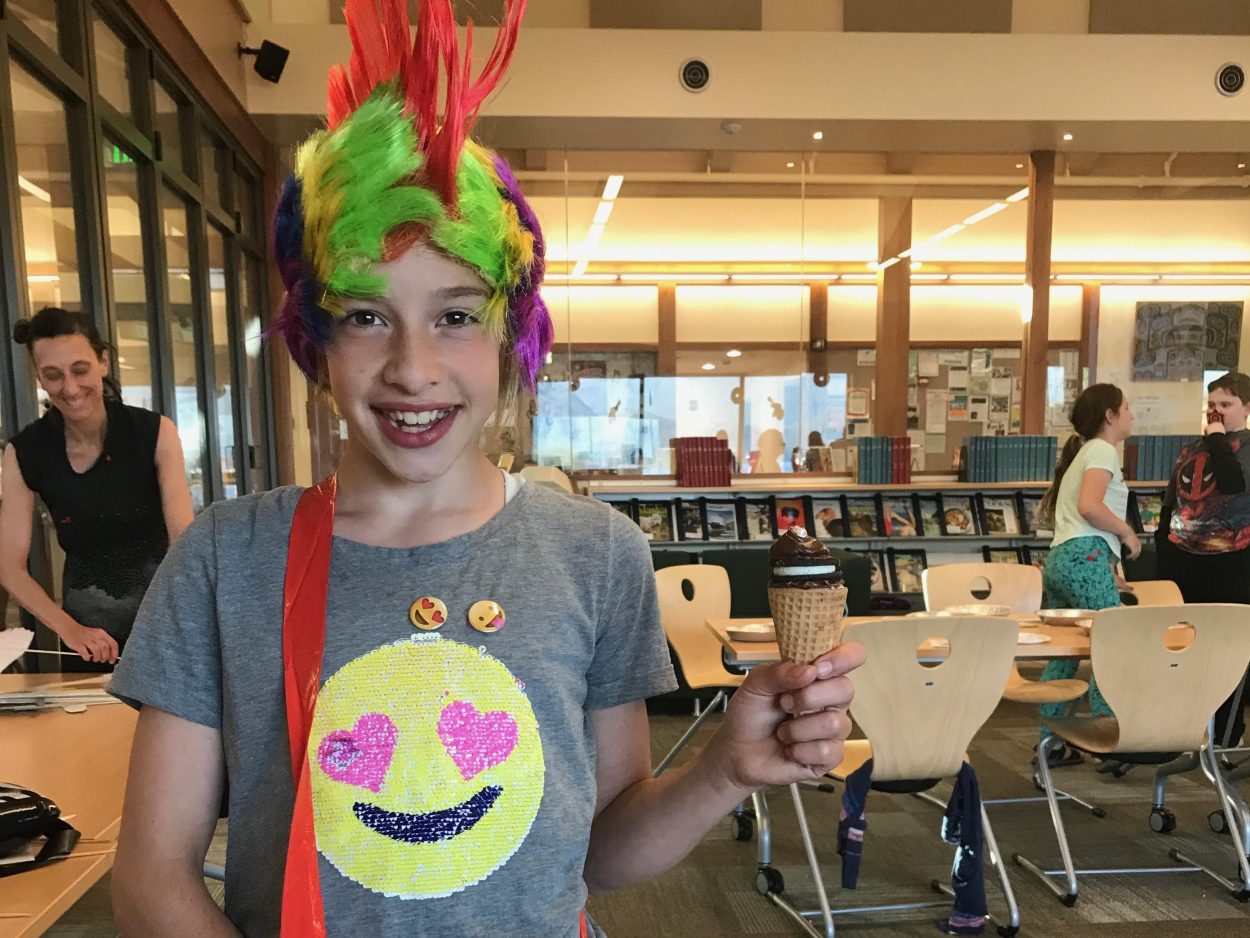 July 17th was World Emoji Day and fittingly, Sitka Public Library recently had a “glam emoji” workshop. Maite Lorente Rial runs youth programs there. The glam emoji class is just one of many things she does to make the library a welcome place to its youthful patrons.

I’m surrounded by glass panels, in the meeting room of the Sitka Public Library. There’s a table laid out with bowls of neon plastic beads. Around it are about ten kids talking excitedly. Some sift through the beads picking out their favorite colors. Others discuss their crafting visions.

I ask one of the participants to tell me what they’re doing today. She smacks on the gum in her mouth. “So,” she says, “we’re making emojis and poop emojis. And we’re taking photos um, we’re making pins and we’re having lots of fun.”

That’s Lydia Pierce. The kids are making emoji coasters out of the plastic beads and poop emojis out of icing squeezed into a spiral. There are, of course, a million jokes. Can we eat our poop now?

“Is this poop cute?” Pierce asks and laughs. Pierce is 10 years old. Kids her age kept asking if they could join the library’s programs. 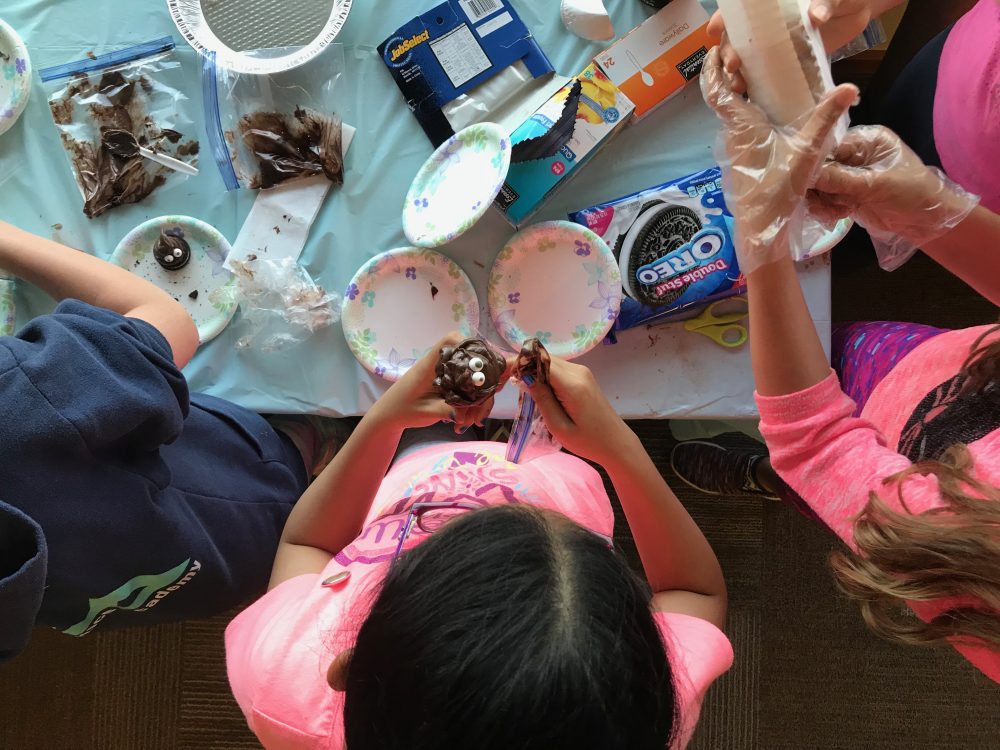 Participants make poop emoji out of icing and cookies.

“And the answer was always a no, because either they were too young or too old,” says Maite Lorente Rial, the library’s Youth Services Director. She decided to do something. These kids are tweenagers, also called tweens or preteens. They’re ages 9 to 12. They often fall between the cracks of programming for youth. They’re too old for story time at the library, but not old enough to be on the library’s teen advisory board. That’s why Rial started the tween program, just for them.

“Probably they are some of our best patrons,” Rial says. “They check out lots of books. They are dynamic.”

Rial considers herself a romantic about the library. She believes it’s a sacred space and gets a little choked up when talking about it. She sees the positive in all the library patrons, especially the tweens. “They are just getting a little bit closer to the pain that humans carry,” she says, “but they are not, they are not there just yet, so they are still fresh like children.”

“Why do you think the library is such a special place for this age?” I ask.

“When kids come to the library and see the same adults,” Rial says, “behind the circulation desk , adults that they can trust, adults that provide a nice interaction. They like it, they feel important. They find a place that is their own.” 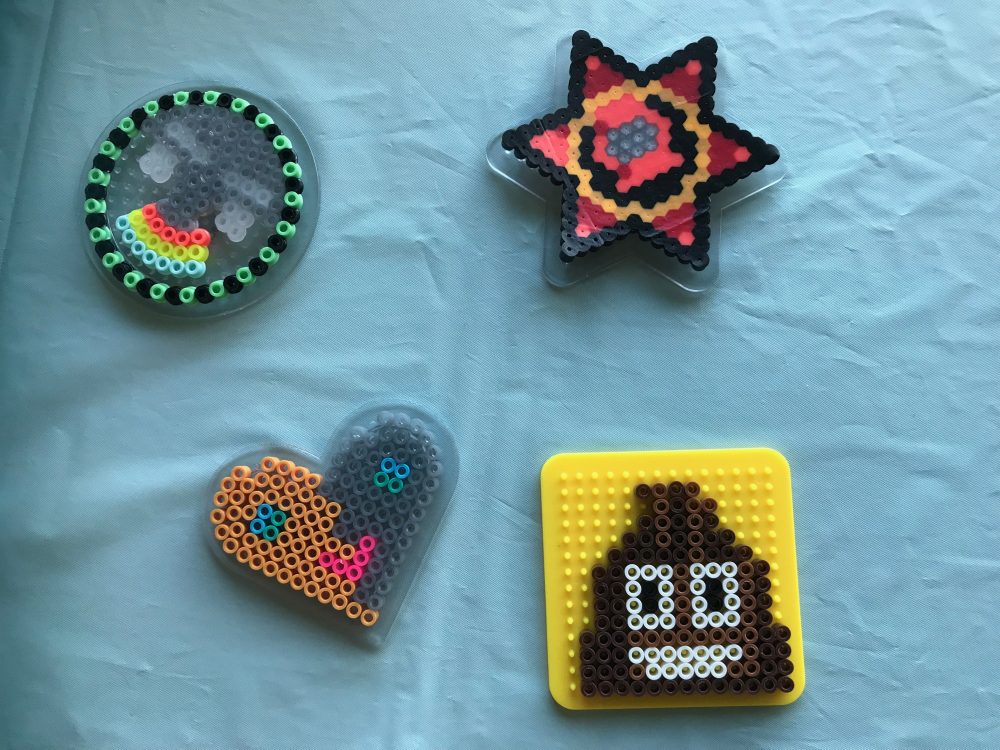 Tweens use plastic beads to make emoji coasters at the Sitka Public Library.

The tween program has been a safe space for this group to thrive. Rial tells me about a recent interaction in one of her programs. “There was one of the participants in the room who was very shy, very shy and she was actually with all the noise and the activities that we were offering, she was totally paralyzed. She didn’t know what to do. And my first reaction was to worry. I asked her for help, to help me, to do together, one of the projects that we were offering and as soon as I approach her, you know asking for help, everything change. Her face change. Her attitude change, and she just was right in there.”

It’s clear that Rial has a special relationship with the tweens. Whenever she starts talking, all the kids listen, and she makes poop jokes right alongside them. She also, notably, has allowed them to work with sticky icing and cookies inside the library. I talk with Pierce again.

“And what do you think about Maite?” I ask.

“Her personality and how she dresses, yeah,” she says.

Today’s program is all about emoji, but other groups have made slime out of detergent, glue, and glitter or made records into bowls. Upcoming programs include an interactive Harry Potter film and making zombie barbies. Here’s Yaretzi Macias one of the other tweens.

“I did a heart emoji one and a unicorn poop emoji one,” Macias says.

“And what did you make with your beads?” I ask.

I ask her what she thinks of being a tween. “Um, cool,” she says, “and I seriously am nervous about being a teenager. Because it’s like sometimes my brother says, ‘Are you going to spray paint?’ It’s, like, I don’t know. No.”

In her and her brother’s minds, spray painting is one of those mysterious things that older kids do. Eventually everyone in the program will leave childhood to become teenagers. But for now, with Rial’s help, they can relish their time in between.