Listen: ‘The Flotsam Hour’ a bonanza for beachcombers 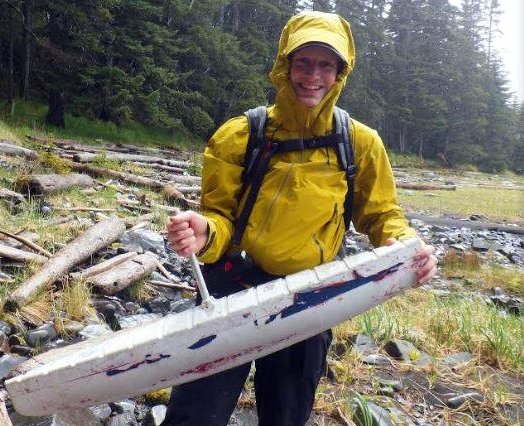 Sitka mayor Matt Hunter stumped Ebbesmeyer and Orbison with this object — but probably not for long. (Jessica Pyatt photo)

Oceanographer Curtis Ebbesmeyer spent an hour enlightening, educating, and warning Sitkans about the world of ocean debris — especially the hazards of plastics, during The Flotsam Hour. “One day we’ll run out of oil,” he said, “and then thankfully we’ll run out of plastic.” 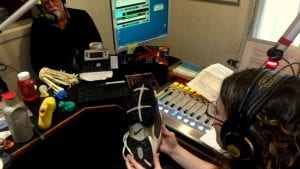 Ebbesmeyer (top) says that Nike has been the most cooperative company in helping him track down ocean-borne mysteries: Like where this and 29,000 other Nike sneakers were set adrift. (KCAW photo/Robert Woolsey)

Ebbesmeyer is the author of Flotsametrics, a study of ocean currents based on floating marine debris. He appeared with local beachcomber Dean Orbison, who brought in a trove of mundane objects which Ebbesmeyer was able to source to shipping losses all over the Pacific.

Hosted by KCAW’s Katherine Rose. Learn more about the Paths Across the Pacific conference.

Listen to the Flotsam Hour, Part 1

Listen to the Flotsam Hour, Part 2