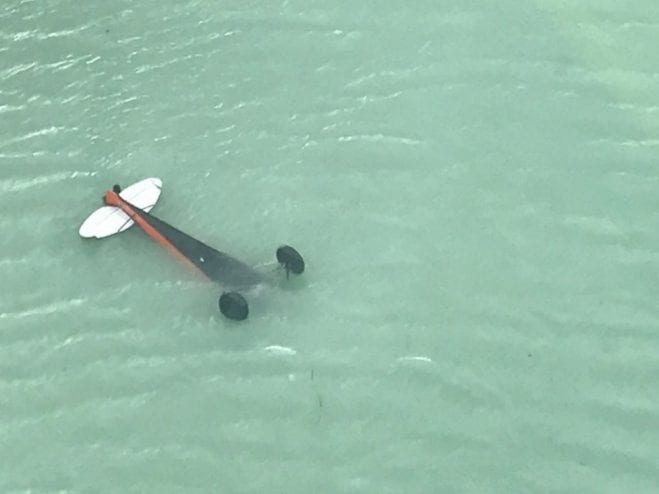 An experimental plane crashed in the vicinity of Crillon Lake on Wednesday (07-18-18) when one of its engine seized. The pilot swam ashore with his dry bag, built a fire, and was rescued by the Coast Guard. (Photo provided by the U.S.C.G.)

A pilot was rescued from the shores of Crillon Lake in Glacier Bay National Park on Wednesday afternoon (07-18-18), after his plane crashed due to engine failure.

The Sitka Sentinel reports the survivor is 38-year-old Alec Wildenstein of Nanyuki, Kenya. Another pilot, Alexis Pelter, witnessed the crash from another plane and flew to Yakutat to report it.

The Coast Guard was then alerted to the incident by the Anchorage Rescue Coordination Center, reporting an experimental aircraft in Crillon Lake. Sector Juneau Command Center launched a Jayhawk helicopter crew from Air Station Sitka to search for the pilot.

After crashing, Wildenstein swam to the Crillon Lake shore with minimal injuries. He had a survival bag that contained dry clothes and the material to start a fire. After he was found, Wildenstein was hoisted by the helicopter crew through a cutout in the trees and taken back to Sitka.

A press release from the Coast Guard on Thursday (07-19-18) attributes the crash to an in-flight engine seizure, forcing Wildenstein to land the plane in the water. It flipped approximately 10 to 20 yards from the shore.

Petty Officer Mark Newkirk commended Wildenstein for his preparedness. “He set himself up for success by having a plan and being prepared for the situation with the extra clothing, bear spray, shelter, and a fire, which allowed us to safely locate and transport him to safety.”

Weather on-scene was 12-mph winds and an air temperature of 61 degrees. 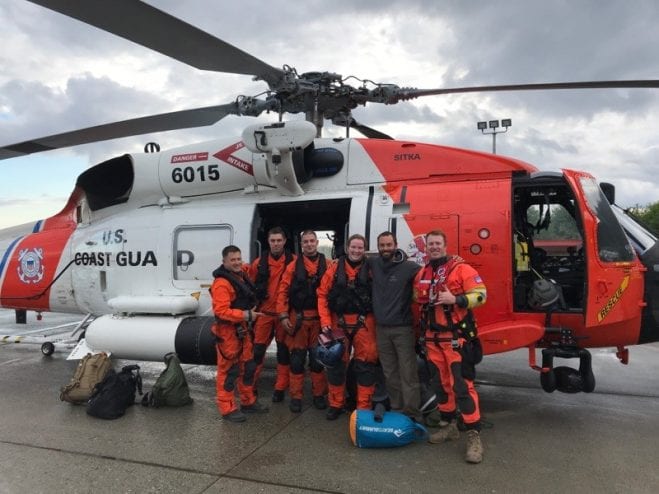