Counting critters in the kelp forest 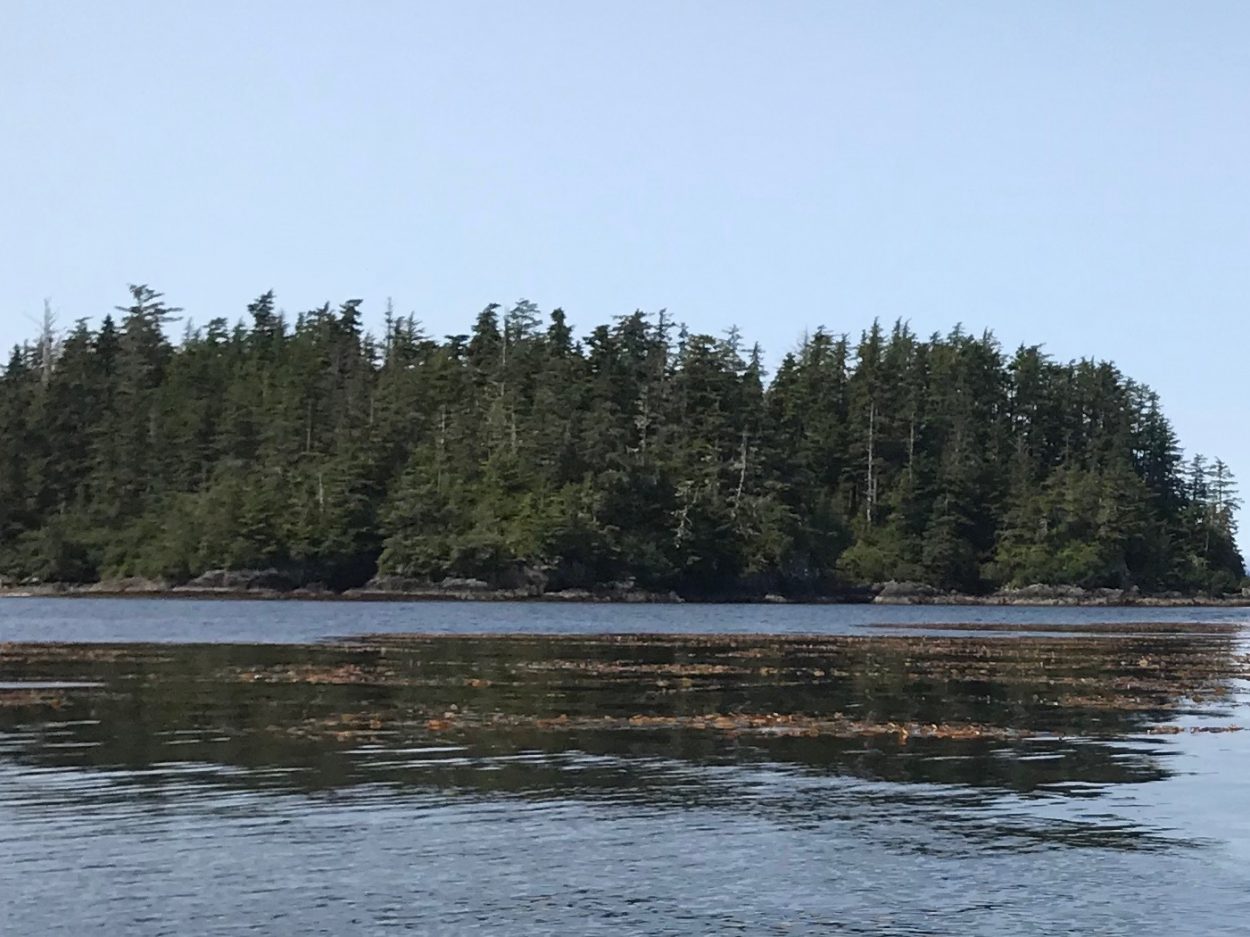 The kelp forests in Sitka Sound are rich ecosystems, full of animals that feed on seaweed. The Sitka Sound Science Center is hosting researchers from the University of California Santa Cruz who are examining these forests. I caught up with Umi Hoshijima, one of the researchers for the project.

Umi Hoshijima picks me up in the University of California Santa Cruz’s bright orange inflatable boat. The researchers load it up with scuba gear and we pull out into Sitka Sound.

Umi Hoshijima, is a postdoctoral researcher with UC Santa Cruz. We’re looking for the kelp forest they’ve been researching. Hoshijima tells me about the variety of animals they’re studying: red and green sea urchins, the dusky turban snail and a few other snails, the pinto abalone, and a few limpets.

We pull up to a spot of water with bits of kelp showing on the surface. They confirm the location on their GPS. Then we anchor up. They suit up in their scuba gear and lean backwards into the water. They disappear under the waves. I just see air bubbling up to the surface every few seconds. Later, Hoshijima tells me how they were creating a snapshot of the underwater world just below the surface.

He says, “For every single one of these critters that we’re interested in, we’re going down with a set of calipers to get their size down to the nearest millimeter.” And they do this by placing a small square frame made of PVC every few feet on the ocean floor. Then they count and measure every single creature of interest within that square. It’s tedious work, but one of many things being done to understand the kelp forest.

He says, “What we’re trying to do with the survey is to spend our time looking really closely at small patches of the bottom, to get an idea of the little critters down there.” 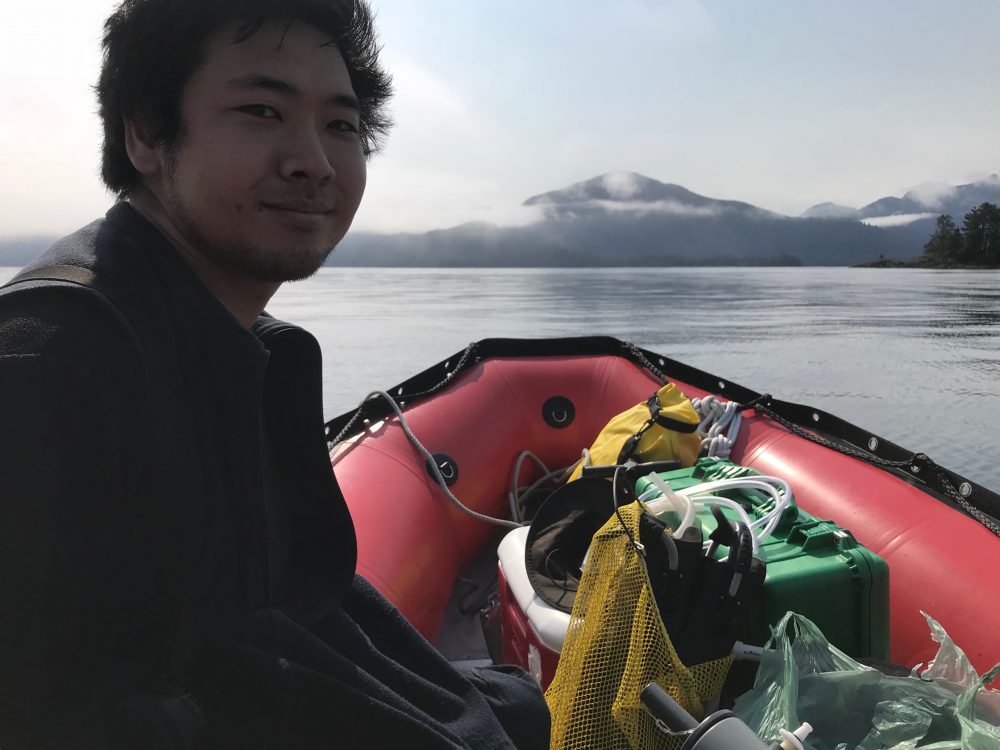 This is the field component of the invertebrate research. It’s part of a larger project headed by researcher Kristy Kroeker through UC Santa Cruz and funded by the National Science foundation. The six researchers involved will look at invertebrates, as well as algae. There is also a lab component, where researchers take these animals and change the temperature and pH, or acidity, of their water. That way they can test how the creatures of the kelp forest would respond to changing ocean conditions. Hoshijima tells me what variables they’re measuring in the lab, “The amount of food they’re eating, how much they grow, and how much oxygen they’re breathing.”

And, Hoshijima adds, Kroeker’s team is especially interested in the impacts of ocean acidification and temperatures in the surface oceans rising. This is crucial for understanding the future of kelp forests on a warming planet.

He says, “We’re concerned that in the near future, a lot of the animals that we know and love in the kelp forest will actually have problems dealing with the more acidic environment. And that’s been shown to decrease the thickness of shells, for things like mussels and oysters and different clams, and that could make it easier for them to get chomped on. It’s actually even been shown in some species to impact the, impact the brains of fish. So it actually makes fish unable to have proper brain function in some ways.”

This year’s data will act as a kind of baseline for understanding changes in the kelp forest. The project has funding for five years of research.

Hoshijima says that means is that they can really spend the time to dig deep into the into the kelp forest.

With all this scientific understanding, Hoshijima hopes the research could impact the world, especially concerning climate change. He says, “We need to have a better idea of how our coastlines could end up changing in the near future. And by sort of teasing apart how that could happen, we might be able to enact policy and change things in a way that we can protect our resources for the near future.”