Question to raise bed taxes will not appear on Sitka ballot 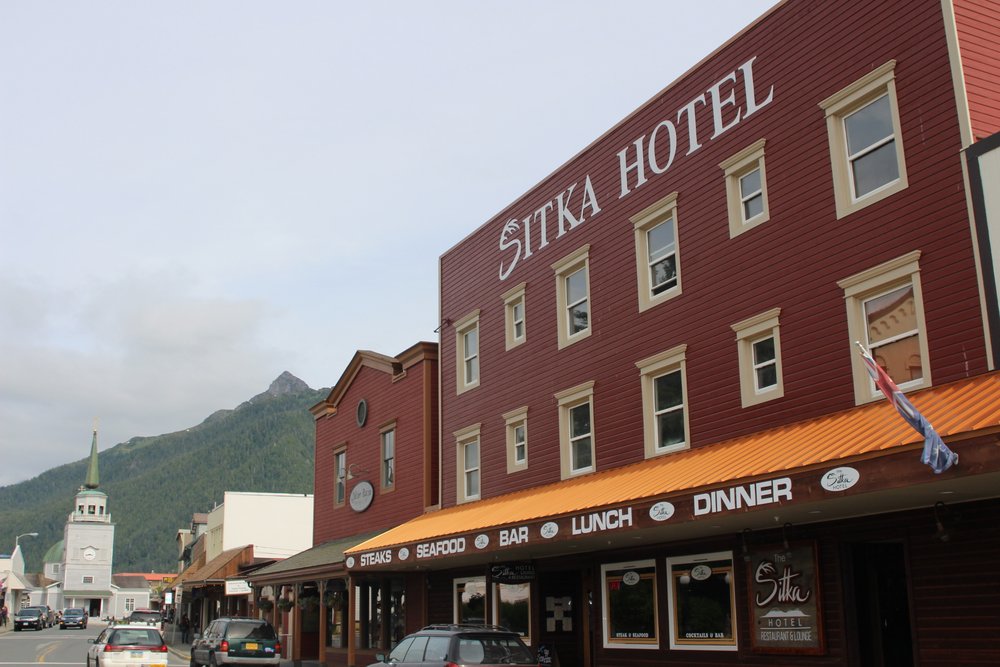 The transient lodging tax (“bed tax”) is currently 6%. The ballot question would have asked voters to raise it to 12%, with the understanding lodgers would be exempt from the 5-6% sales taxes. The Assembly voted the ballot question down, 3-4. (Emily Kwong/KCAW photo)

Voters in Sitka will not consider raising bed taxes. On Tuesday night (08-14-18), the Sitka Assembly voted against including a question on the ballot to raise transient lodging taxes. If they had voted in favor and it passed muster with voters, visitors would have paid a net 1% more on their hotel room or B&B in wintertime.

The goal of the ordinance, sponsored by Mayor Matthew Hunter and Kevin Knox, was to bring more revenue to the General Fund and Visitor Enhancement Fund.

But those who work in tourism, like Carol Fraser, opposed any further taxation on their industry outright. Fraser is the director of sales and marketing for the Aspen Hotel Suites, which opened a location in Sitka last year. Fraser said, “We won’t be able to get the cruise ships or the sea planes here because we’re telling everybody we’d rather tax than have our doors open. And I implore everyone tonight to vote no on this.”

The Assembly did vote it down by a 3-4 vote, with Steven Eisenbeisz, Ben Miyasato, Aaron Bean and Richard Wein voting against the measure. Without raising sales taxes, Sitka cannot legally raise alcohol taxes in the future. That was confirmed by Attorney Brian Hanson, citing the 1991 case Lagos vs. the City of Sitka. “You can’t have an alcohol tax that exceeds the normal sales tax you have in the community,” Hanson said.

On first reading, the Sitka Assembly approved eliminating an incentive credit for plug-in electric vehicles. This allowed drivers to get $120 off their electric bill annually. They also voted – on first reading – to include alcohol, tobacco and marijuana on the list of products still taxed on sales tax free days.

As the meeting wound down, the Assembly opened the floor for public testimony about the city’s draft policy for art display in the William Stortz Gallery on the 2nd floor of City Hall.

While allowing the curator, Norm Campbell, to select the artwork, the policy states the gallery cannot feature art with “explicit sexual imagery, nudity, graphic depictions of violence, or any artwork that creates a hostile work environment for employees.”

Earlier this year, a controversial show of political cartoons was taken down for this reason.

Many on the Assembly found the draft policy’s (Stortz Gallery) language too vague and feared suppressing freedom of speech. Artist Heather Bauscher agreed, saying the policy should focus less on censorship and more on a formal process to handle public pushback. “A painting is just paint and canvas. It’s really up to people how that’s dealt with,” Bauscher said.

While saying he was a fan of art, police Lieutenant Lance Ewers wondered if City Hall was an appropriate place to hang it. “You could hear clearly how much passion there is when it comes to art. I’m just going to throw it out there: maybe that’s not supposed to be at our City Hall,” Ewers said.

The conversation about the art gallery policy will continue at the Assembly’s meeting on August 30th. Raven Radio will stream that meeting live over Facebook.

With an ending time of 10:30 p.m., the Assembly did not get to their last item on the agenda. That is to consider conducting an economic impact analysis on Sitka Community Hospital and determining what any potential sale or closure would mean for the community’s bottom line.

The Assembly will vet the idea of an economic impact analysis of SCH at Special Meeting on Friday, August 17th at 6 p.m. in Harrigan Centennial Hall. Raven Radio will stream the meeting on our Facebook page.