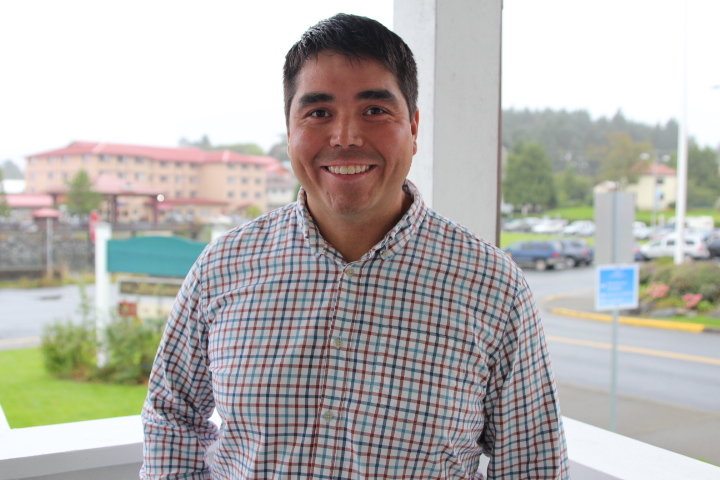 At 39, Bean was born in Sitka, owns the marijuana business Green Leaf, and has served on the Sitka Assembly since 2016. (Emily Kwong/KCAW photo)

The final candidate to file for Sitka’s election is no stranger to local government. Assembly member Aaron Bean filed to run for mayor just before the deadline on August 3rd.

Speaking with KCAW’s Emily Kwong, Bean said he was motivated to run after citizens sought a referendum to opt-out of the statewide smoking ban. He would also like the see the senior sales tax exemption put back in place.

I think that there’s a lot of cuts that could still be made in our municipal budget. I would like to have more of a dialogue with our budget during our budget cycle time. The public is always welcome to these meetings, but it needs to be further articulated what is being discussed. We’re heading down a path of unsustainability in terms of spending and the amount of debt that the municipality is continuing to pile up. I understand that there’s infrastructure needs that have to happen, but we have to find new industry. We have to build the tax base in Sitka. Or we’re going to end up with a class of people that can afford to live here…are going to be the class of people that are not here today.

At 39, Bean was born in Sitka, owns the marijuana business Green Leaf, and has served on the Sitka Assembly since 2016. The Mayor’s role is to set the agenda for all Assembly meetings, which plays a big role in guiding discussion. Bean wants to change procedure so citizens can get more involved with the democratic process.

And when it comes to Sitka Community Hospital, Bean wants the people – not the Assembly – to make the decision on whether or not to keep it independent.

There’s a big constituency that’s want to see [Sitka Community Hospital] exist. What can we do as an Assembly to make sure that happens? Is it a 2 mill increase that’s brought by a referendum to the people? And if the people want to have that choice and they want to say , ‘Hey, I’ll pay additional sales tax or property tax in order to have options.’ I don’t want to make that choice for Sitka. I don’t feel comfortable with it. And that’s been my position since we’ve had this discussion, is that we’re talking about something very intimate with people and their healthcare.

Elections are October 2nd. Next month, Raven Radio will host a live forum with all candidates for mayor, assembly, and school board, as well as informational forums on the ballot questions to reinstate the senior sales tax and enforce the statewide smoking ban.