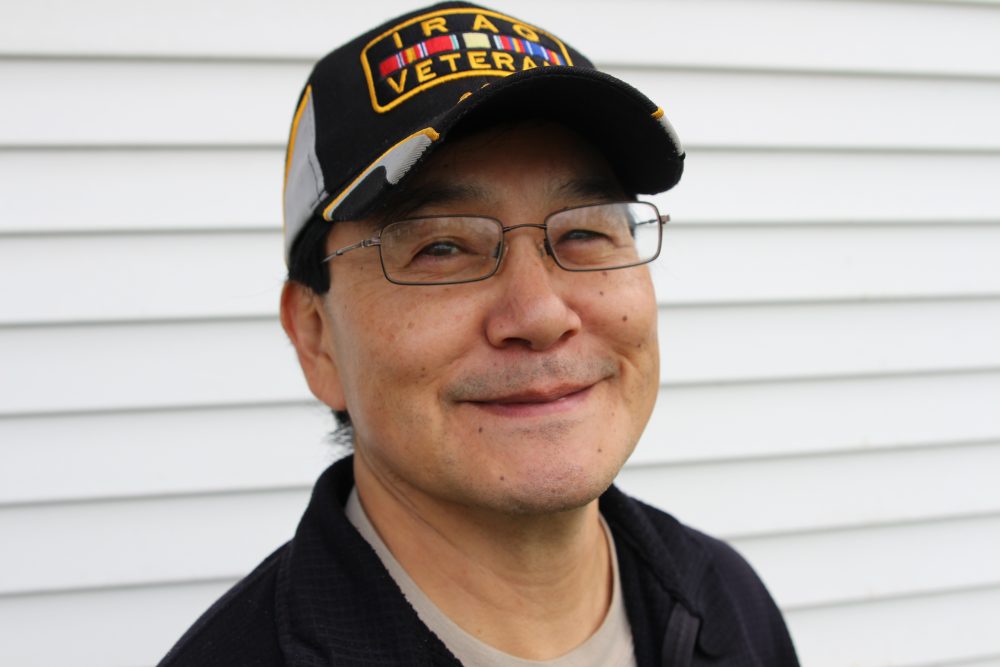 At age 55, Miyasato is a career military veteran with nearly a decade of experience on tribal council and the municipal Assembly. His term on the Assembly ends this fall and he is running for the Mayor’s seat. (Emily Kwong/KCAW photo)

Benjamen Miyasato is one of three of candidates running for Mayor. The municipal election is Tuesday, October 2nd.

Hello, my name is Benjamen Miyasato and I am running for mayor of the City and Borough of Sitka. I was born and raised here, and graduated from Sitka High School in 1982. I served twenty years in the Alaska Army National Guard and retired in 2010 with the rank of staff sergeant. I served overseas on deployment twice and received the combat infantry badge while serving in Baghdad, Iraq back in 2005. I also worked in the banking industry for twenty years.

I was elected to the Sitka Tribe of Alaska Council back in 2011 and served until January 2017. I was its Vice-Chairman for two years and its Treasurer for 3 years. I was also on the Assembly from 2013 until 2016 and served as Vice Deputy Mayor for one year.

There are many challenges that the city of Sitka is facing. We have had five straight years of budget cuts. The State of Alaska has yet to tackle their budget and fiscal issues in a responsible manner. We will get through these trying times. It will not be easy. But, working together we can get through this. I look forward to facing these challenges and hope to serve as Sitka’s next mayor. Sitka is a beautiful place and is a vibrant wonderful community.

See our reporting on Miyasato filing for Sitka Mayor here.