More than a guilty pleasure, online shopping is a savings strategy in Sitka 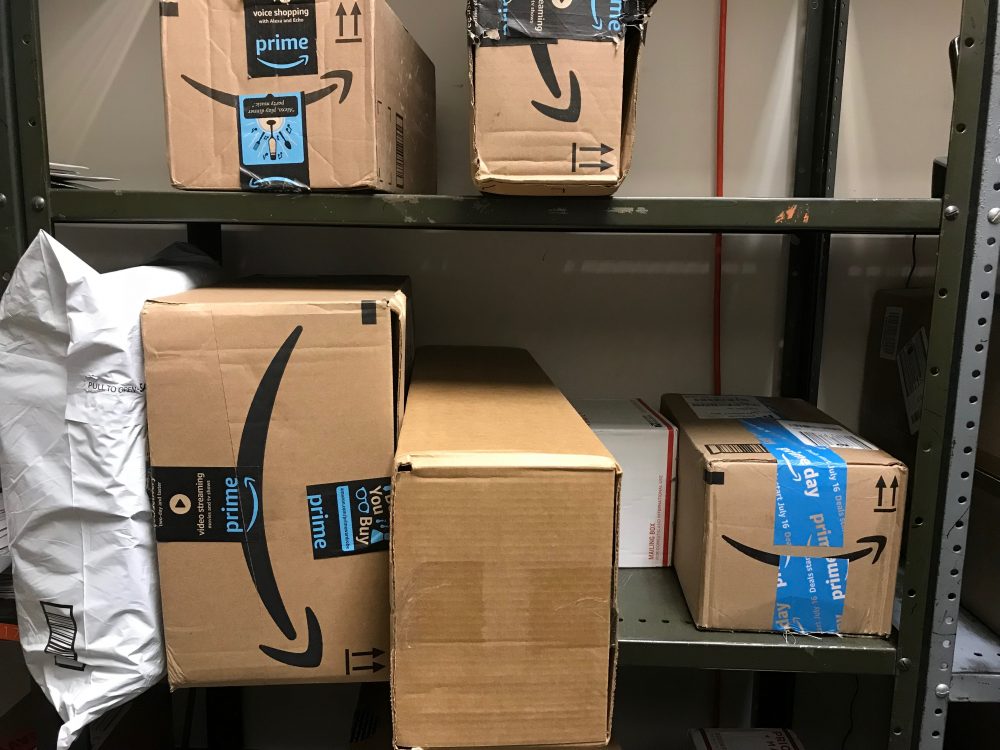 There’s no data about the scale of Sitka’s online shopping, but a few visible signs. FedEx now operates four trucks and UPS three. The U.S. Post Office has seen the number of parcels, especially from Amazon, balloon. (Rachel Cassandra/KCAW photo)

Any way you slice it, food prices are high in Sitka. It’s a geographically isolated community and a small town. Increasingly, one way people are responding to these high prices is to buy food online. For our series, “The Cost of Living in Sitka,” KCAW looked into the trend of buying food — not in a cart — but with the click of a mouse. Also, a recent Supreme Court ruling opens the door for an online sales tax, but would that benefit municipalities?

The thing about online shopping in Sitka is that nobody wants to talk about it. I started out this piece thinking I would talk to a few people eager to share their online shopping tricks — bing-bang-boom. I posted to Sitka Chatters, a popular Facebook group, and got a few comments.

Several people were passionate about online shopping and food prices. But no one wanted to talk on the record about it. So, I decided to dig in on my own. I went to the recycling center.

(Sound of footsteps)
Cassandra: All right, I’ve made it to the dumpster…and I’m going to get inside. I don’t know if this is a good idea. This first box I see is Amazon. Got some bananas.
(Sound of moving boxes)
Cassandra: All right, here’s an Amazon box, Amazon, Amazon, Amazon, a plain box…
Anonymous recycler: Do you need boxes?
Cassandra: Oh no, I’m doing a radio piece (laughs). That’s a big Amazon box. What did you get in there?
Anonymous recycler: Oh, we got a gift for my grandchild’s sixth birthday. Definitely an Amazon purchase. Embarrassingly so.

The dumpster told me that some people are buying big quantities of goods from Amazon. But why? After a few false starts, one of the women who responded to my post online said she’d meet up to talk.

Sue Brown said it’s not about having more options online, but about saving money.  “I’ve always believed in the fact that you shouldn’t pay more than necessary to get what you want so, I guess it’s a matter of taking the time to comparison shop,” Brown said. She emphasized that she does buy local much of the time and wants to support local shops.

“I don’t mind paying a little bit extra. However, it’s hard to reconcile paying 150% or 200% or even 300%. I have seen some items at the grocery store here in town versus when I can get them online with free shipping,” Brown said.

Talking to Brown told me a little about the typical consumer, buying food for the home kitchen. But what about people who operate a food business?

North Sister Juice and Crepe Company is in a tiny strip mall. Behind the immaculate counter, aproned employees handle produce and blenders. I met there with Caitlin Way, who owns Fish Eye Coffee and North Sister with her business partner Alana Peterson.

Way said they buy almost all the food in their shop online wholesale: their produce, their sauces, sweeteners…everything. It costs 30-50 percent less and North Sister can get bulk sizes of necessities. Occasionally they’ll purchase small items from the grocery store or produce if they run out.

Way showed me around the storage areas. “This is the freezer items. Most of this comes from Azure, so we are able to get bulk amounts of all of these fruits. Big fifty pound bags of oats or flour and then same with sauces, vinegars and coconut oil and maple syrup …we’re able to order online bulk amounts which we need cause we go through so quickly,” Way said as she motioned to the items. When she inherited these businesses, they were already set up to buy food wholesale. That’s how she’s operated since the beginning.

Are Sitkans buying more online now than ever before? Multiple sources seemed to think so. I went to see Ed Conway, the manager of the Pioneer U.S. Postal Station on Lincoln Street. Conway has been working in the post office for the last 20 years alongside Deloris Doggett.

“What we’ve seen in the last probably six to eight years – and over the past 20 years – is an influx of parcels in our post office. Mainly what we’re seeing is Amazon boxes. That’s probably half of what we’re putting up each day.  It’s unbelievable really, how much we put through in Amazon boxes here,”

Conway says the biggest increase in Amazon boxes has been in the last four years. He doesn’t know how much is food and he imagines some of the boxes are being re-used. He also speculates that it’s probably bad for the local businesses here. “It’s just part of the times. It’s part of the times and me and Deloris here, we’re seeing it first hand,” Conway said.

It’s clear that Sitkans are buying more online, including food. I found out why they’re shopping online, and how much. But now, I wonder how much this online shopping is affecting the community.

KCAW’s Emily Kwong looked into it. Amazon did not respond to her press inquiry. No studies been done locally and neither the Sitka Chamber Chamber of Commerce nor the Southeast Economic Development Association were aware of any. There’s no statistics, only signs: the boxes in the post office, later empty at the recycling center. Over a decade ago, there were two FedEx trucks in Sitka. Now there are four. UPS operates three trucks as well.

The dollars leaving Sitka through online shopping – and the loss in potential sales tax revenue – is a statewide problem. Through email to Kwong, Ken Alper with the Department of Revenue said Alaska sees $1 billion a year in online purchases.

The state could not mandate an online vendor – say Amazon or eBay – to collect and remit a sales tax…until now. In June, the case Wayfair vs. South Dakota appeared before the U.S. Supreme Court. NPR’s Nina Totenberg reported on the outcome. She wrote, “Writing for the five justice majority, justice Anthony Kennedy said that in the modern economy, the rule linking tax collection to a physical presence in the state unconstitutionally deprives states of the ability to collect taxes and perform critical public functions.”

The five-to-four decision was a victory for South Dakota, which relies on a  sales taxes to fund state government. Their attorney general called it “a victory for Mainstreet America.”

But Alaska is unique. There is no state sales tax; only local sales taxes. Municipalities benefit from that. So would Alaskans be willing to pay both? The Alaska Municipal League (AML) thinks not.

Historically, AML has preferred the state not pursue a sales tax. The Wayfair decision opens the door for that. It was a hot topic at the League’s meeting in Denali a few weeks ago.

Executive Director Nils Andreassen said the room had more questions than answers. “There’s a lot to wrestle with in terms of what the impact would be for municipalities, for the state and for Alaskans,” he said.

The Alaska Municipal League is taking the lead to research the implications. They are putting together a working group to answer questions about the legal mechanisms of Wayfair and whether the state or municipalities could and should leverage it. 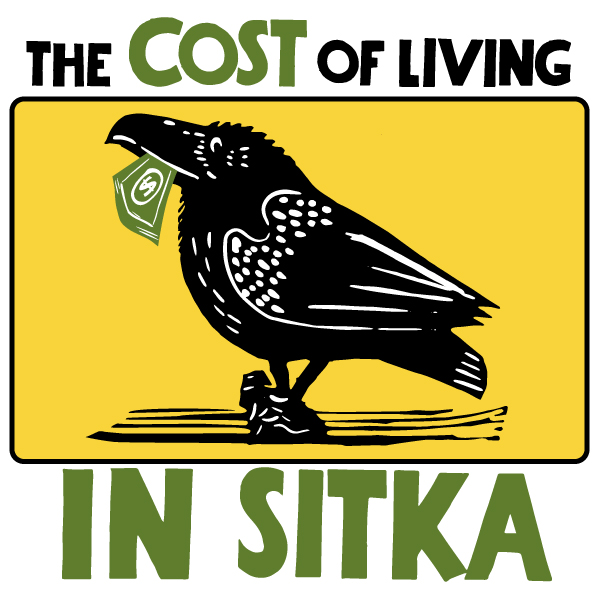