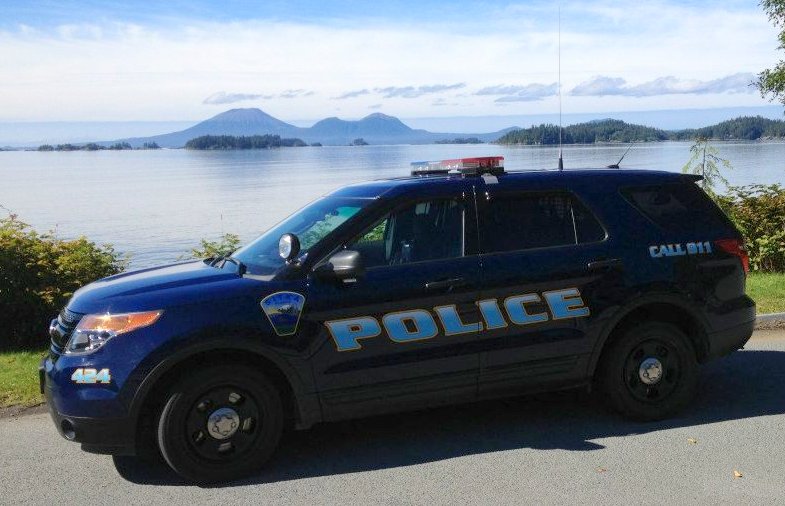 The city’s response doesn’t go into much detail against Silva’s specific allegations, other than to deny them. It does state, however, that Silva’s immediate supervisor “facilitated the purchase of upgraded weapons” for the department, but denies allegations of “culpable conduct.” (SPD image)

The City of Sitka is denying all allegations in a whistleblower lawsuit filed against the police department last month.

Former Sitka police detective Ryan Silva claims he was harassed and demoted for calling out the department’s inappropriate purchase of automatic weapons, among other charges.

Silva’s allegations involve a timeline of events, each of which he claims escalated antagonism from his supervisors, and led eventually to his demotion, and to the decision to place him on paid administrative leave and to relieve him of duty.

The City of Sitka, in a reply filed in Sitka Superior Court on September 13, denies everything but the material facts of the case.

Silva argues that problems began in October 2016 when Jeff Ankerfelt was promoted to chief and adopted an informal policy that “good people” would not be issued citations. Silva says that when he voiced his concerns over the potential for abuse in this policy, he was rebuffed, setting the stage for further conflict.

A year later, Silva again voiced concerns over the department’s purchase of five automatic weapons, and argued that they were unsafe in the hands of officers with no training. He suspected that it was a possible misuse of department money.

Shortly after, Silva claims the department began a series of retaliatory activities: The first was to scrutinize his timesheets, in relation to his periodic service in the Coast Guard Reserves. Silva argues that he was pressured to decline his duties as a reservist, a violation of federal law. After meeting with the chief on the issue, Silva says he was demoted to patrol officer with no explanation.

Matters worsened, Silva claims, in June of this year when he was investigating the possible sexual assault of a 5-year old child. The investigation “suggested the possible involvement of a 13-year old minor” who was a family friend of Sitka’s police lieutenant, and Silva’s direct supervisor. Silva says he was removed from the case by Ankerfelt to protect the good name of the minor.

And finally, in July, Silva’s girlfriend — the only female uniformed officer in the department — filed a sexual harassment and discrimination claim against the department with the Equal Employment Opportunity Commission. Silva says his support of his girlfriend in her claim prompted Chief Ankerfelt to write a letter of reprimand, and to subsequently place him on administrative leave.

Sitka again has retained Anchorage-based attorneys Michael Gatti and Megan Sandone to represent the city, the police department, and Chief Jeff Ankerfelt — the three co-defendants in the case. They write: “Defendants deny they have retaliated against Plaintiff for any reason.”

The city’s denial doesn’t go into much detail beyond that, except in response to Silva’s assertion that he “has received only positive written job evaluations.” The city argues that Silva may have been checked in other ways, stating that the “Plaintiff received constructive criticism, direction, and training from his direct supervisors…regarding improvement in performance of his job duties.” The city goes on to assert, “many of these directives may not be reflected in any written job evaluations that may exist.”

Ryan Silva is being represented by James J. Davis, with the Northern Justice Project in Anchorage. A scheduling conference has been set for 1 p.m. November 1 in Sitka Superior Court. Judge Trevor Stephens of Ketchikan will preside.

Note: This story was amended on 9-20-18 to clarify that although Silva has been relieved of duty he remains on paid administrative leave.