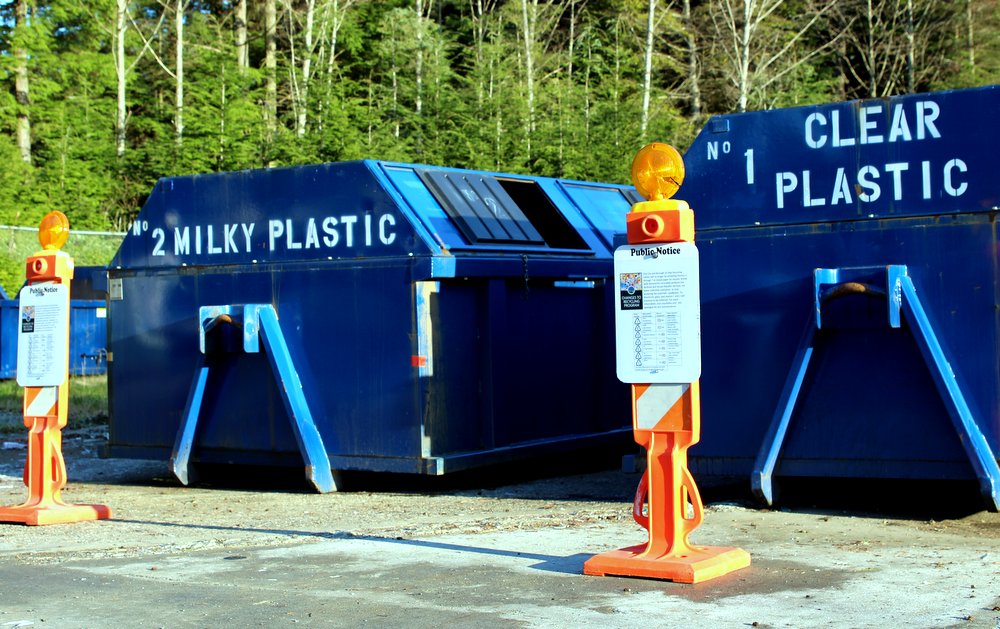 In the past, Sitka has received a credit for shipping bales of recyclables south. As of August, however, there’s a penalty if the recyclables are more than 10-percent contaminated. (KCAW photo/Robert Woolsey)

Sitka’s community affairs director Maegan Bosak and maintenance superintendent Harry Green discuss changes to Sitka’s recycling program due to changes in the international commodities market. Recently, Sitka’s contractor Republic Services announced it would visually inspect deliveries of recyclables, and any load presumed to be more than 10-percent contaminated would be subject to a fee of $150/ton.