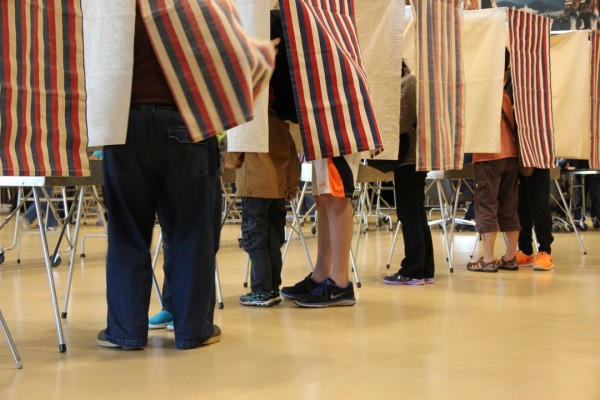 Voters in communities around Sitka are holding elections for city council and their local school boards on Tuesday, October 2. (Photo by Rachel Waldholz/KCAW)

Residents of Sitka are getting ready to vote on Tuesday, October 2, but they’re not the only people in the region holding elections. Residents of Kake, Pelican, Port Alexander, Angoon and Tenakee Springs are electing members to their city councils and school boards as well.

Three council members are up for reelection and a fourth seat is up for grabs in the Pelican City Council. The incumbents are Kelly Carbone, Patricia Phillips and Sandra Quinn. Their challengers are Harold “Ray” Allard, Jamison Mork, and Celeste Weller. The terms of those seats are between one and three years long. Patricia Phillips and Sandra Quinn are also running uncontested for seats on the Pelican School Board for two- and three-year terms, respectively. Board member Cheryl Young is up for reelection in that race against Amber Anselm for a seat with a one-year term.

The election is not so contested in Tenakee Springs. Only Judy MacDonald is running for city council there. Another two seats will be filled via write-in votes.

In Kake, there are a lot of familiar names on the ballot. Council member Lloyd Davis is running for mayor uncontested while vice mayor Paulette Jackson and current mayor Christine Bitterman are running for two seats on the city council. Another two seats are open on the Kake School Board. Board member Isabel Mills is up for reelection and Stuart Mach is on the ballot for the second seat. The seats being contested on the city council and the school board have three-year terms.

Seven one-year seats are open in the Port Alexander Assembly but no one is officially in the running. All of those seats will be filled via write-in votes.

Yakutat is also holding an election this fall for mayor, assembly and the Yakutat School Board. Voting there will take place on Tuesday, October 16.