Troller rolls, sinks in high winds outside of Sitka Harbor 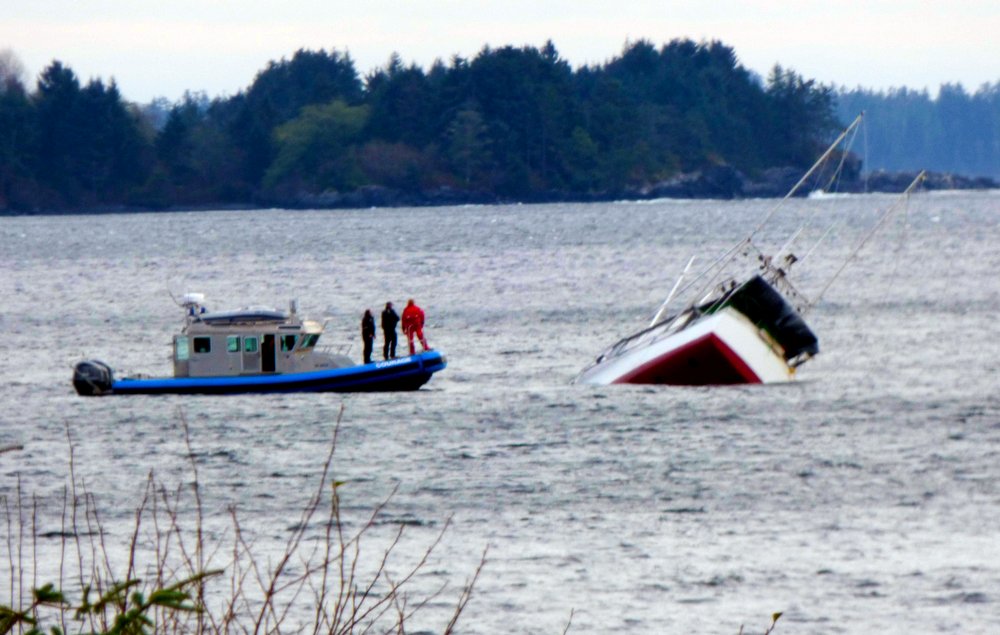 A 40-foot troller rolled and sank in high winds just outside of the Sitka harbor Saturday afternoon (10-27-18). The skipper was rescued unharmed.

According to Alaska Wildlife Troopers, 62-year old Calvin “Mark” Bigelow issued a distress call Saturday afternoon when his boat, the fishing vessel Safari, encountered high wind gusts near Kasiana Island. The Safari reportedly became unstable in the gusts, causing it to list and to take on water.

Troopers responded in their patrol boat Courage, and took Bigelow on board. The Safari at this time was capsized and rapidly sinking.

The incident unfolded in full view of residents of Sitka’s Halibut Point Road. Many drivers stopped along the highway to watch the rescue.

The US Coast Guard and salvage crews have responded to the scene for investigation, potential spill response, and recovery operations.

Troopers delivered Bigelow to Sitka Harbor unharmed. They report no impairment was involved in the accident.

Update, 11-1-18: In a subsequent story published in the Daily Sitka Sentinel on 10-29-18, the Safari was reportedly righted and towed to Eliason Harbor by Hanson Maritime, Inc.