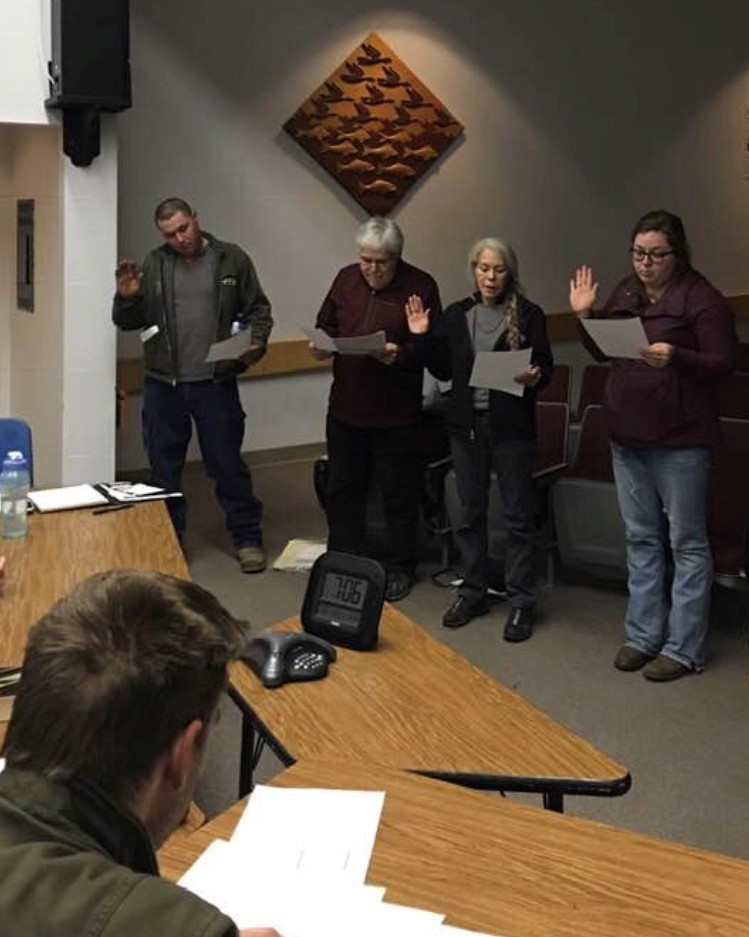 A new mayor was sworn in in Yakutat last night. Lowell Petersen was elected mayor with 121 votes in the October 16 election. That’s 15 more than outgoing incumbent Ralph Wolfe.

Yakutat residents also voted out incumbents Herbert Holcomb and Paul Harding from the Yakutat Borough Assembly. Three seats were in contention in that race. Marry Knutsen, Samson L. Demmert and Sheri A. Nelson were elected and will serve two year terms in the assembly.

Victoria L. Demmert, Gloria Wolfe and Janie Jensen were elected to the school board in that election. They each ran unopposed for 3-, 2-, and 1-year terms, respectively.