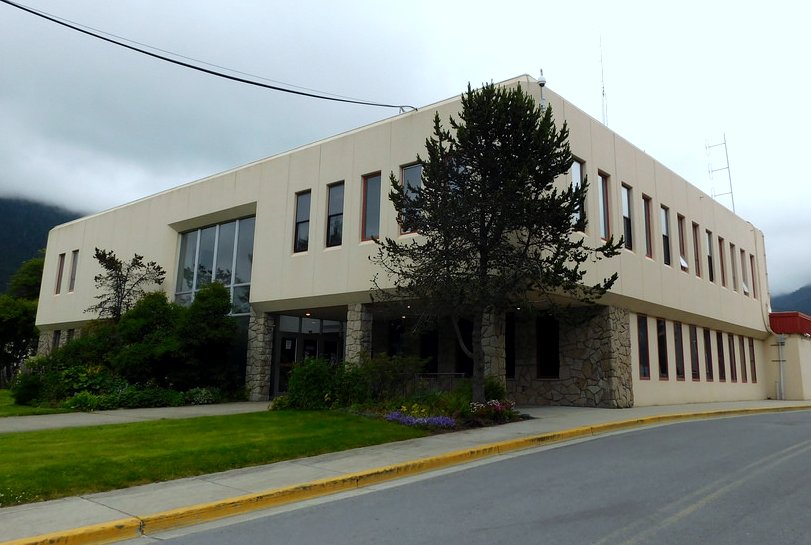 Thursday’s hearing in Sitka Superior Court lasted about 10 minutes. Plaintiffs Ryan Silva and Mary Ferguson have been offered free help from the Forensic Criminology Institute — an organization which has its own complicated history with the Sitka Police Department. (Flickr photo/jimmywayne)

Update, Friday 8-2-19: The trial in this case has been rescheduled for November 12, 2019. However, the parties are scheduled to enter mediation on September 11, 2019. Read the full story here.

A trial date has been scheduled for a former Sitka police detective who’s blown the whistle on procurement practices in the department, and claims he was demoted as a result.

Superior Court Judge Trevor Stephens has set aside the week of September 16, 2019, for a ten-day jury trial.

Former Sitka police detective Ryan Silva appeared before Judge Stephens for the 10-minute hearing in Sitka Court on Thursday (11-1-18). Silva was represented over the phone by attorney Jim Davis, with the Anchorage-based Northern Justice Project.

The Sitka Police Department was represented by Anchorage attorney Megan Sandone, who also appeared telephonically. Municipal attorney Brian Hanson was present, but did not speak.

Silva was accompanied by Sitka police officer Mary Ferguson, who has filed her own sexual harassment lawsuit against the department.

Although the cases are separate, they involve related issues: Silva claims that his support of Ferguson — his girlfriend — fueled some of the antagonism against him within the department.

An independent forensic agency has volunteered to help the pair. In a phone interview with KCAW, attorney Jim Davis says that the Forensic Criminology Institute sought them out.

“They reached out to Ryan Silva and Mary Ferguson offering their services free of charge,” said Davis, “and suggested that they would be open to conducting an investigation of the conduct within the Sitka Police Department, and releasing their investigatory findings to the Sitka Assembly. Ryan Silva and Mary Ferguson want all the help they can in getting to the bottom of misconduct within the Police Department, so they welcome the help from the (Forensic Criminology) Institute.”

The Forensic Criminology Institute — or FCI — is directed by Brent Turvey, a forensic scientist and author who came to Sitka in 2000 to investigate the unsolved 1996 homicide of 17-year old Jessica Baggen. Turvey subsequently settled in Sitka permanently. The Baggen case, however, remains unsolved, and Turvey has brought at least two legal challenges against the city regarding the characterization of his role in the matter.

Attorney Jim Davis says Mary Ferguson’s complaint before the Equal Employment Opportunity Commission was never formally investigated. He says that the EEOC merely gave her the right to sue — which she has done. So there’s been no light shone — publicly — on practices within the Sitka Police Department.

“The city thereafter undertook an investigation through the services of a Seattle attorney, Kimberley Geariety,” said Davis, “and she spent a month or so investigating things, put together a report, and now the city attorney’s refusing to release the report to anybody — including Mary Ferguson, Ryan Silva, and to my understanding the city assembly itself. So there’s been no investigation that’s ever been disclosed to the community, or to Mary or to Ryan.”

Ryan Silva filed his suit against the Sitka Police Department in August of this year. Mary Ferguson filed her harassment suit in August. The City of Sitka has denied all charges in both cases.