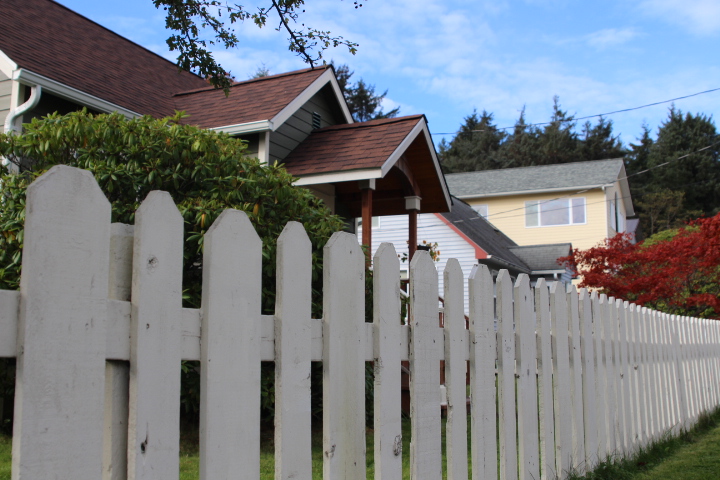 The city’s Planning Department estimates they will receive upwards of 625 applications for property tax exemptions from senior citizens and disabled veterans. Assessor Wendy Lawrence is performing a spot audit of the program that has angered some seniors. (Emily Kwong/KCAW photo)

When Sitka’s senior sales tax exemption came back, not all elements of the program were the same. Senior citizens gave the Assembly an earful about this last night (11-08-18). The group voted to restore the program back to the way it was before. The Assembly also learned more about the city’s audit of the senior citizen/disabled veteran property tax exemption program. Assessor Wendy Lawrence expects 25% of Sitka residences will apply.

Since it was reinstated, city administration has been trying to curtail abuse of the senior sales tax exemption. Administrator Keith Brady has directed businesses to ask for IDs to prove a person is 65 or older and to refuse the exemptions to  non-senior spouses. Citizen Beverly Brill was livid at that, reading a list of “R” words she wanted the Assembly to remember. “The letter R – read – the letter R – reinstate. It’s pretty simple to me,” Brill said.

Administrator Keith Brady was straightforward in expressing his desire to put new policies in place for the old program, which was loosely enforced. He wanted three months to develop a database or some other kind of system to ensure eligibility. “It wouldn’t be probably that dissimilar from the old program. I think there’s certain things that needed to be tightened up. That’s the reason for it. Could we go back, yes?,” he said. “Going back” is exactly what the Assembly wanted, voting unanimously  – 6 to 0 – to restore the program as it was. Assembly member Steven Eisenbeisz was absent.

Speaking of seniors, the Assembly also gained clarity on the city’s effort to audit those who receive a property tax exemption. Sitka Assessor Wendy Lawrence fielded questions from the Assembly about the process.

Every four years, the City of Sitka performs an audit of a property tax exemption program for senior citizens and disabled veterans (known as “SCDVPTE”). But, the routine audit didn’t happen last year. At that time, Lawrence told the Assembly, her department was occupied with converting Sitka to a computer-assisted mass appraisal system. So this year, she chose to do a spot audit and send a letter to a random 10% of participants. Sixty nine households were notified they had to re-apply for the program and would receive monthly knocks on the door to verify they were living in their senior property exempted residences.

While the Assembly did not contest the City’s pursuit of an audit, several took issue with the process. Valorie Nelson was one of them. “The burden of the seniors that they’re sending this out to – to only give them until December 1st to reply – it’s not enough time, especially if they’re out of town for the holidays,” she said.

Nelson made a motion to push the audit back until January 1st, but that would throw off the schedule for Sitka’s whole assessment process. State assessor Marty McGee – calling in over the phone – said the city might receive a letter of major error. The Assembly didn’t want to risk that and voted Nelson’s motion down 5-1.

Lawrence said most of the homes that received the letter have re-applied. Her department has identified four that were no longer eligible. She plans to complete the audit’s property inspections by December 14th, which is also the deadline by which senior citizens must re-apply for the program. Lawrence estimates she will have 625 applications this year. That means 25% of Sitka residential properties could forgo paying property taxes on the first $150,000 of their property’s value. For the city, this amounts to a loss of $500,000 in tax revenue.

In other business, the Sitka Assembly approved imposing a permitting process for businesses to do work throughout the harbor system. They moved to eliminate, however, the $500 fee. They passed the ordinance by a vote of 5-1 with Kevin Knox voting against. Since that is a material change, the ordinance will need a second reading to take effect.

At the beginning of the meeting, the Assembly learned that the city’s first joint negotiation with SEARHC will take place on December 6th. They appropriated an additional $150,000 to pay consultants Sarah Cave and Steve Huebner to continue their work to find an affiliation partner for Sitka Community Hospital. Assembly member Richard Wein pointed out that the city will have appropriated a total of $400,000 to pay for these consultants. Mayor Gary Paxton felt it was money well spent. “We’re going to spend $400,000 negotiating one of the most important things in the history of Sitka, by golly,” Paxton said.

Paxton also read a proclamation in honor of Veterans Day and another recognizing November as Native American Heritage month. 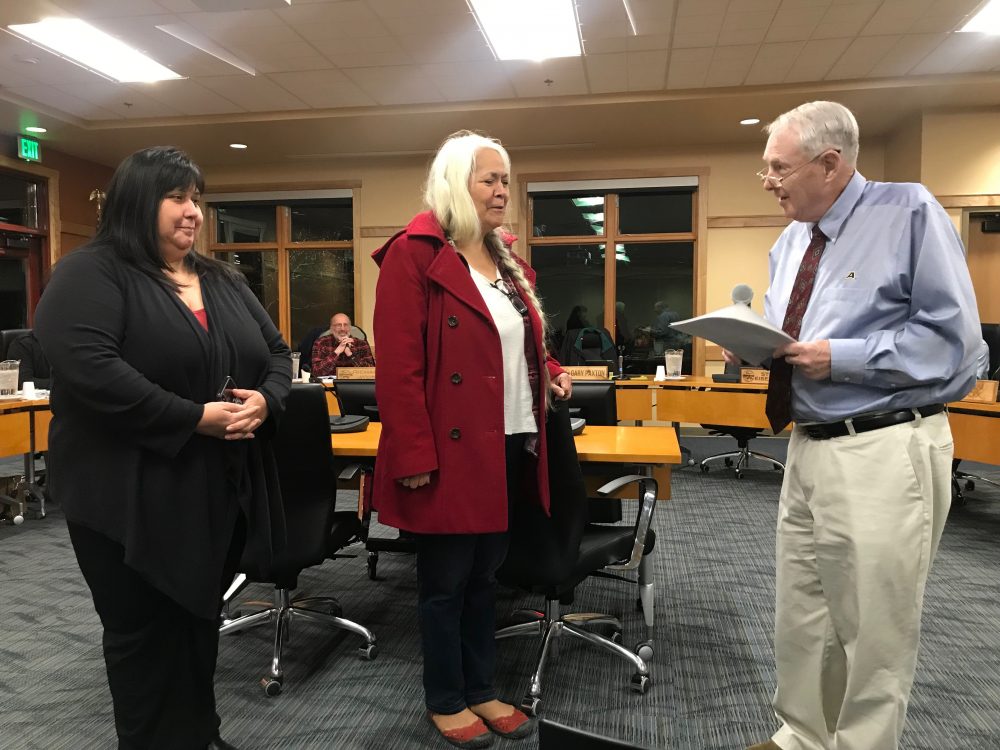 At the end of the meeting, the Assembly heard from Sitka Police officers Mary Ferguson and Ryan Silva. Both have filed suit against the city, the police department, and Police Chief Jeff Ankerfelt, who was in the room during their comments. Silva is alleging improper procurement practices and retaliation for speaking up. Ferguson is alleging sexual harassment and gender discrimination.

Both Silva and Ferguson said their employee pictures have been removed from the wall of the police department and their names taken off the schedule. After being on paid administrative leave, Silva said he was nervous about returning to work. “Although I’ve been ordered back to work, I feel anxiety – and frankly quite scared – of what the commander will do to retaliate against me,” Silva said.

As for Ferguson, she said city administrator Keith Brady should not partake in the Assembly’s executive sessions concerning her lawsuit since he is named as a defendant. “I feel that is forgotten that I am a city employee, as well as a citizen, and that I should be protected too. I am realizing the reasons why nobody wants to come forward about anything. I’m asking you, my elected officials, to review my complaint. I am asking you to read, review and discuss the full Geariety report,” Ferguson said. Sitka Tribe of Alaska General Manager Lisa Gassman sat beside her.

Kimberly Geariety is the investigator hired by the city to look into Ferguson’s EEOC complaint. Ferguson has not seen the Geariety report and the Assembly was persuaded by her comments to read it. City attorney Brian Hanson said Assembly members could view it in his office. The Assembly will next meet on Saturday, November 17th for a visioning session for the year ahead.