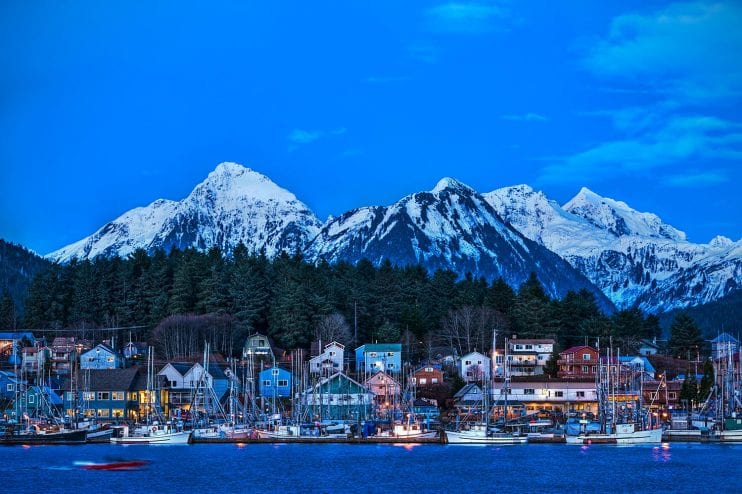 A still from Sitka TV Show, which will debut in September 2019. (Courtesy of the Sitka TV Show Facebook page)

The idea for “Sitka TV Show” began with a phone call from the owner of Sitka’s Bayview Pub, Patricia Buak. Thomaseto is co-directing the television series with Helena Sardinha. The native Brazilians own the production company Driven Equation. They plan to return to Sitka for filming in spring 2019. This is their first TV show and they are receiving support from Visit Sitka.

Unlike other Alaskan television and reality shows, Thomaseto told KCAW that he wants to portray daily life across a diverse cross-section of Alaskans. “For every episode, we will drive around with different characters,” he said, adding, “We want to know what is the feeling of a high school kid living in Sitka all the way to someone who is 80 or 90 and has an Alaska Native family…I feel like Sitka has a voice and it just hasn’t yet had a platform to show it.”

Thomaseto is especially interested in collaborating with local artists. “If you are a photographer, if you are a dancer, if you have worked in film before, please reach out.” To contact “Sitka TV Show,” check out their Facebook page: https://www.facebook.com/Sitka-TV-Show-2154345007930649

According to a press release, Driven Equation is also producing a movie in Brazil, and a reality show inspired by the Netflix-hit “Queer Eye.”