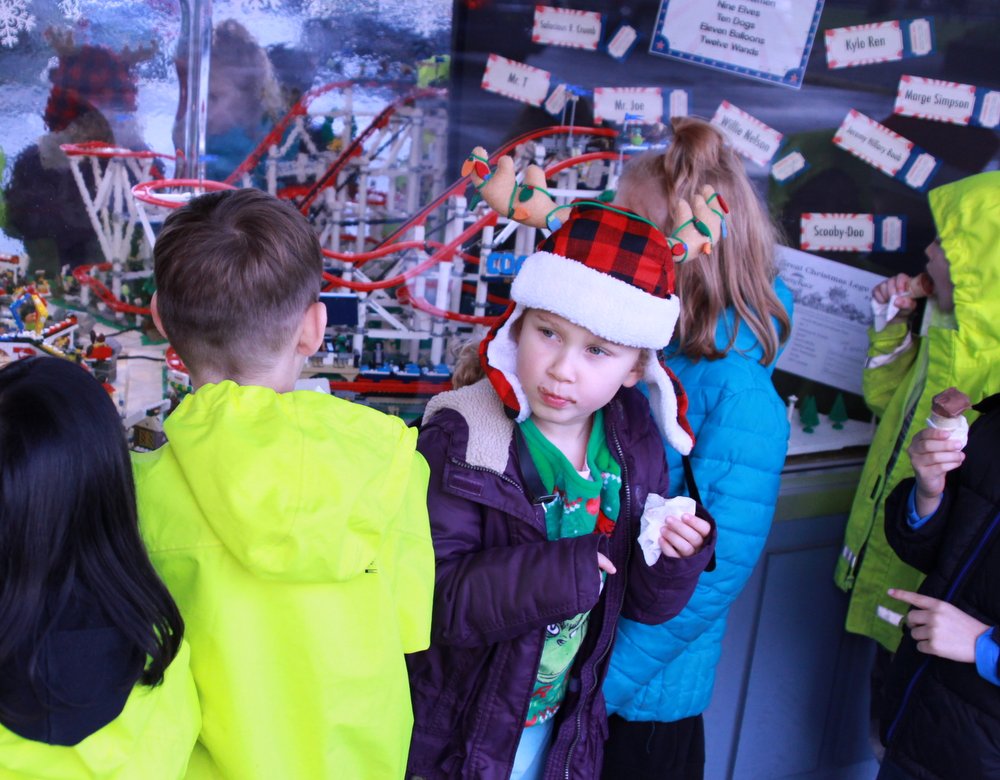 Students in Sarah Eddy’s first grade class at Baranof Elementary enjoy ice cream and the miniature Lego amusement park in the window of Harry Race Pharmacy and Soda Fountain in downtown Sitka. The students had just finished a field trip caroling at the Pioneer Home across the street. Eddy’s husband, Tyler, has installed a tiny Lego world in the Harry Race window for the last three years — even though he doesn’t work at the pharmacy. “Trish (owner Trish White) lets him put it here. If she didn’t, he’d just build it at home!” says Eddy. 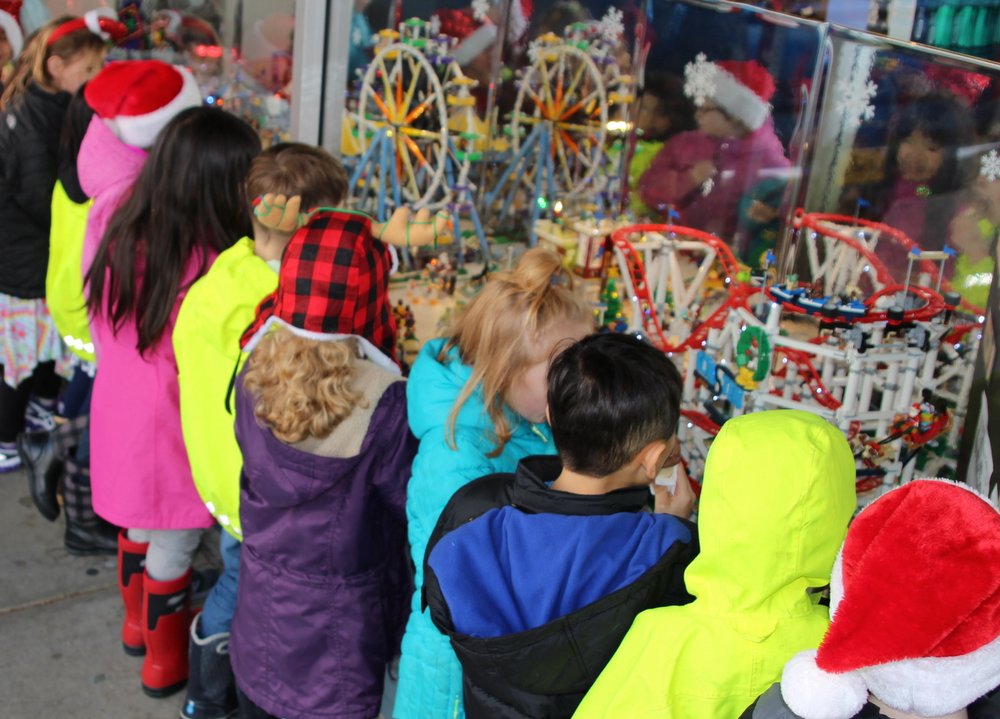 Tyler Eddy’s work has dozens of hidden surprises. Of special interest to these first graders: A tiny rock guitar player — a tribute to PE teacher Joe Montagna, or “Mr. Joe” as his Baranof students call him. (KCAW photo/Robert Woolsey)