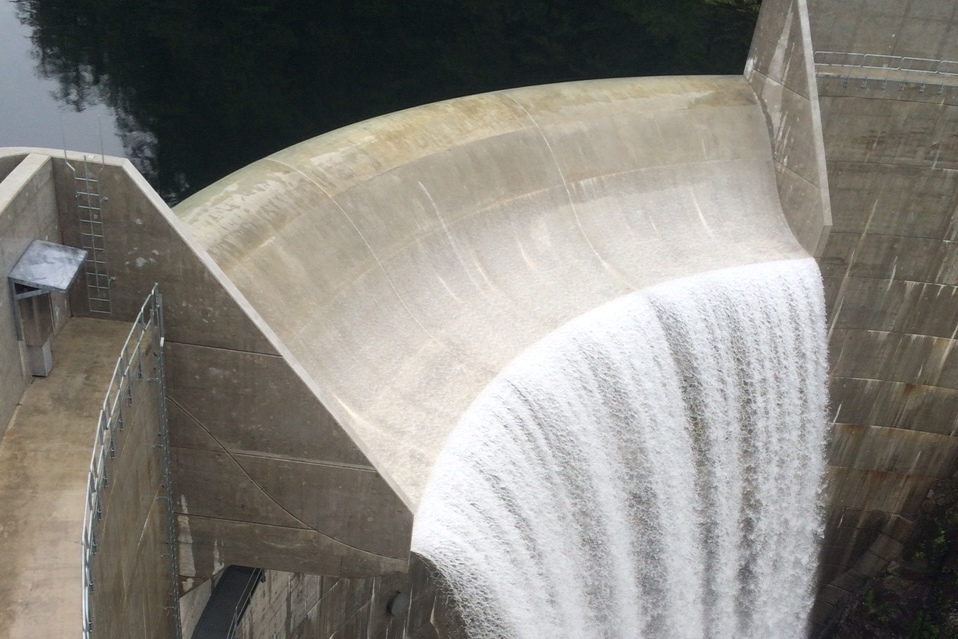 The Blue Lake Reservoir provides unfiltered drinking water to Sitka, but a recent uptick in turbidity events is causing the city to move ahead with the construction of a water filtration plant. (Photo/2015/Courtesy Lance Ewers)

The Sitka Assembly voted, last night, to move forward with the development of a secondary water treatment plant. The resolution, which narrowly passed 4-2, is expected to cost the city $18 million, though rate increases have been in place to help fund the planned project for months. KCAW’s Katherine Rose reports.

One might describe the water in Blue Lake as a little “troubled” lately. It’s seen an increase in turbidity- that is, a measure of how cloudy the water is. Brought on by heavy rainfalls and sediment, high turbidity can lead to contamination of Sitka’s water supply.

But rather than laying a bridge down a la Simon and Garfunkel, the Sitka Assembly last night passed a resolution permitting city staff to move ahead with the development of an $18 million dollar water filtration plant. The plant will provide a secondary water source for Sitka in case of a turbidity event, a planned inspection or other emergency. The city implemented an increase on water rates in July to help fund the project, and don’t anticipate any other rate increases right now. But several assembly members, including Richard Wein, still weren’t happy with the 18 million dollar price tag.

“This is, in essence, an 18 million dollar tax on the citizens of Sitka,” said Wein, who he felt that less expensive options hadn’t been thoroughly explored. Assembly member Kevin Mosher said that while he didn’t want to approve an $18 million dollar project- he thought moving ahead with the plant was the lesser of two evils.

“If we don’t do it and we lose our waiver, it could cost us hundreds of thousands of dollars more,” Mosher said, “and over time that adds up quick.”

Sitka’s water is technically unfiltered. A special federal waiver allows the city to bypass the filtration process, though they do add chlorine and treat the water with UV light. But that federal waiver requires no more than 5 turbidity events in a 10 year period. The city experienced the 4th turbidity event in four years just last month.

“From the horse’s mouth, what will happen if we have greater than 6?” Bean asked. “I said before at our work session, I see it no different from having three if there’s no bacteria in the water. And if there is, we have a turbidity event in Blue Lake, this further speaks to the point that we’re not, in fact getting rid of those events.”

Mayor Gary Paxton said that not moving ahead with the project would increase the liability and ultimate cost to the city.

“We’re going to be very aggressive in dealing with our federal government, primarily, and our state government, to try to get some money to allay this unfunded mandate,” Paxton said. “In my view it’s a heck of a lot more likely we get money to help the 18 million cost of the secondary water treatment then it is to change regulations for FERC.”

That, Paxton said, was far more likely than the city getting a deferment on federal regulations. Ultimately the assembly voted to move forward, 4-2 with Richard Wein and Aaron Bean voting against.