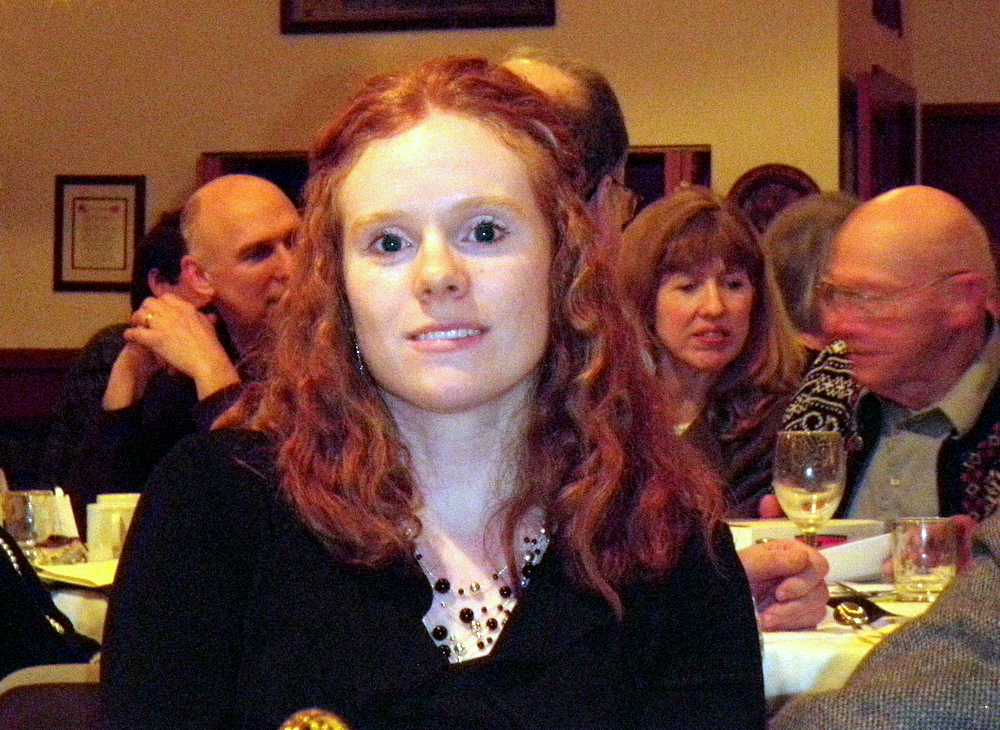 Cora Campbell at the Sons of Norway Hall in Petersburg in 2011, shortly before being sworn in as Commissioner of Fish & Game. (KFSK photo/Joe Viechnicki)

Campbell has held the title of chief external affairs officer for Silver Bay since June of 2018. She was commissioner of the Alaska Department of Fish & Game under Governor Sean Parnell from 2010 to 2014.

Former Sitka municipal engineer Rich Riggs has been the CEO of Silver Bay since the company’s founding in 2007. According to a news release, Riggs will remain a managing partner overseeing all sales and related activities for the processor.

Silver Bay co-founder and president Troy Denkinger will also take on a managing partner role, focusing on the overall “fisherman experience” throughout the organization.

Denkinger is a seiner, one of 450 fishermen-owners of Silver Bay, which now has 6 processing operations in Alaska, and one in California.

Cora Campbell is from Petersburg, Alaska, and has spent her lifetime in fisheries. Campbell previously served on the North Pacific Fisheries Management Council. At 31, she was one of the youngest people ever to serve in the governor’s cabinet. She was named commissioner of Fish & Game only 10 years after earning a Bachelor’s degree from Pacific Lutheran University in 2000.

After leaving her state post, Campbell became president and CEO of Siu Alaska Corporation in 2015. Siu Alaska is a for-profit subsidiary of the Norton Sound Economic Development Corporation, with interests in six different commercial fishing ventures in the Bering Sea.