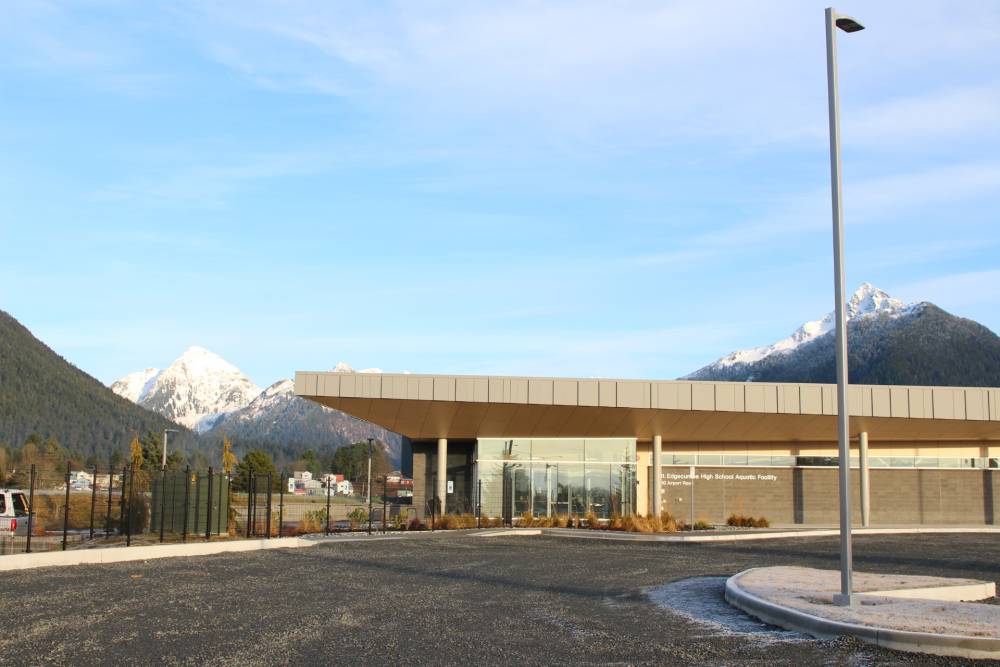 Sen. Bert Stedman has two Sitka projects on his mind, heading into the next legislative session — both have been funded in previous legislatures, but neither is officially completed.  The first, the Mt. Edgecumbe Aquatics Center, opened for a brief ribbon cutting ceremony in May of 2018, just before Mt. Edgecumbe High School students went on summer break. The $26 million dollar facility then remained closed through the summer and fall. Senator Stedman says it’s finally opening this month after a setback in construction.

“They have some cracking around the deck of the pool, not the pool itself, but just spider cracking on the deck that the crew, hopefully is working as I speak today, fixing it,” Stedman said. “The pool is to open the 15th of this month and the kids will splash down and swim.”

The pool will be open to the public to help generate revenue as well as troopers and Coast Guard for training opportunities. And there were questions over funding: The funds were there to build the pool, but not to operate it or pave the parking lot.

“It is going forward. The subsidy that it needs- last year we put in a couple hundred thousand in the budget, cash. $400,000 in receipt authority which gives them permission to collect money at the gate,” Stedman said. “The other projects that were built with the same bond package had $5 million. This is the only project of that handful of projects in the bond package that there was budgetary debate over. And it happens to be the only one out of the rail belt.”

Update, 1-7-19: In a follow-up conversation, Sen. Stedman corrected some of the numbers regarding the Mt. Edgecumbe Aquatics Center. The supplemental appropriation was $500,000 to operate the pool. Stedman will try to rollover the appropriation into FY 2020. The receipt authority is $250,000. Once the pool is open, revenue collected at the door will offset the final amount of subsidy. And finally, for all the projects funded in the same bond issue, the legislature has authorized $25.5 million in supplemental appropriations. “The Edgecumbe pool is the only one (subsidy) anyone talks about, but it’s a drop in the bucket,” Stedman said.

Stedman is also ready to break ground on Sitka’s Katlian Bay Road Project — it’s been in the works for years.

“Sitka has not had a road extension that you can drive on since the early 1960s,” he said. “That’s a half-a century ago. After we went through the oil bubble of massive revenue,  we have not had road extensions in Southeast pretty much anywhere. We’ve had some enhancements on Prince of Whales from old logging roads. But DOT hasn’t put a raw road through the forest in, I think, for so long, they’ve forgotten how to do it.”

The project would extend Halibut Point Road with an additional 9 miles of unpaved, single lane road with turnouts, to land at the northern end of the bay owned by Shee Atika Inc., Sitka’s local Native Corporation. And Stedman says the money is there to make it happen.

“The funding is there. That road was voted on by the public, across the state, to put that road in,” Stedman said. “That’s a state transportation objective to see that road built. Those that think it’s expensive, it is. It would have been cheaper 20 years ago and it’ll be more expensive 20 years from now. Just the way the world works. So I’d just as soon we get it done, and move on.”

But the funding voters approved in 2012 only amounted to $14 million. At the time the Department of Transportation estimated the cost of the Katlian Bay Road at $16 million. The state put the project out to bid on December 19, 2018. Although the DOT website says the award is pending, Senator Stedman says the lowest bid they received was from K&E Construction for $30 million. Stedman says another $10 million was transferred within the DOT and is now available for the project, so he feels they’re really only $6 million short, and is optimistic that the balance can be made up, either in cash or in changes to the project. He said, “I think we should get it built.”

Stedman spoke with KRBD’s Leila Kheiry at length on the upcoming legislative session. You can find her full interview here.