Hospitals could merge by end of fiscal year 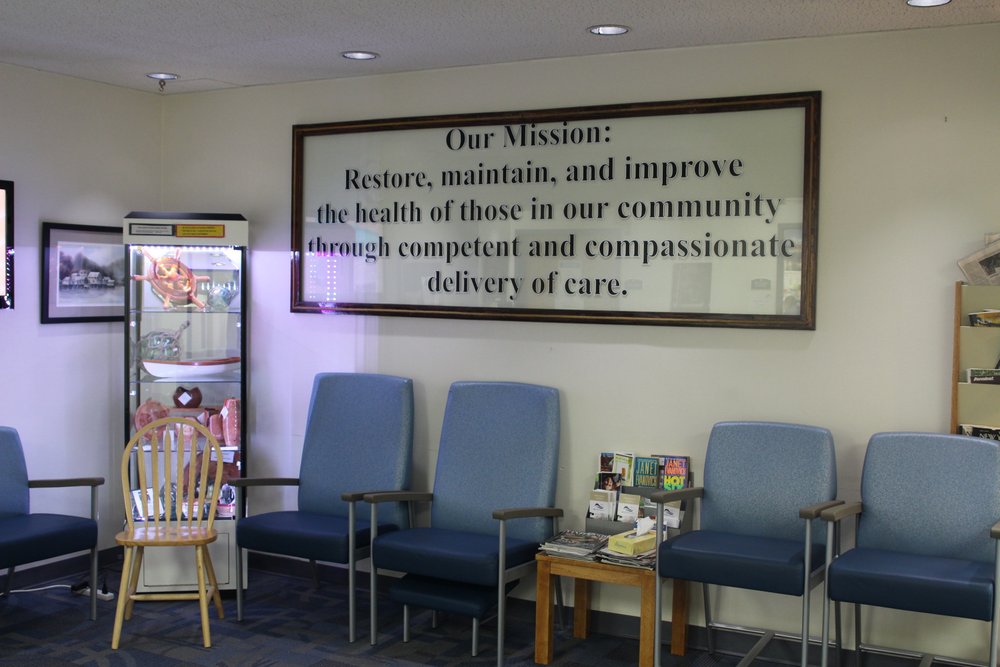 The mission statement for Sitka Community Hospital posted in the waiting room. (KCAW/Kwong)

The City of Sitka and Southeast Alaska Regional Health Consortium (SEARHC) are coming closer to reaching an agreement over the sale of Sitka Community Hospital, according to an update from consultant Sarah Cave at last night’s meeting of the Sitka Assembly. KCAW’s Katherine Rose reports.

The City and Borough of Sitka and SEARCH have been in negotiations over the sale of Sitka Community Hospital since last fall. At last night’s meeting of the Sitka Assembly, consultant Sarah Cave said it’s looking like a deal could be made within the next few months.

“Barring unforeseen circumstances we’re anticipating bringing documents forward for approval in the February/March time frame,” she said. “If that’s the case, we would aim to be closing the deal by the end of the fiscal year, at which point Sitka Community Hospital  and SEARHC would become one organization.”

Of course, before they cross the finish line, there are a few more roadblocks the negotiating teams need to work through. One of the city’s priorities? Limiting liabilities, should they move forward with the sale, particularly the amount of money the city would have to pay into the state’s public employee retirement account, or PERS. In 2017, a consulting firm estimated the cost of that pension liability for Sitka Community Hospital employees to be around $35 million, even if the city sold or closed the facility. Cave said they were still negotiating this end of the agreement.

The two groups have a few other areas of loose ends to tie up. The city needs to choose between three purchase options SEARHC has offered. Cave says they’ve also made headway on the lease agreement and are still working on a governance plan as well as clarifying which services SEARHC will offer after the merger.

“We got really close to defining the full list of services and expectations around access to those services that are currently provided by Sitka Community Hospital that SEARHC will agree, hopefully, to continue to provide in the community,” said Cave.

While Cave says they hope to have documents for the assembly to approve of in February or March, assembly member Richard Wein said the public should have at least one month to review any written agreements before they’re signed off on by the assembly. Fellow member Kevin Mosher agreed.

“Something this big, it would be nice to have it available to the public for at least 30 days,” he said. “That seems fair.”

The negotiating teams for the city and SEARHC will meet on January 18, and the assembly will hold a special meeting on January 29.

The assembly also spent some time discussing the possibility of drafting a municipal fiscal policy. City Chief Financial Officer Jay Sweeney and the investment team brought the issue to the the table because Sweeney said the city needs a document to guide them in how much to budget for what.

“It also helps to answer a very elusive question, but we all have felt it. And that is, ‘What is a sustainable level of infrastructure within Sitka that we are willing to pay for, if all of the sources of funding external to town dry up, and it’s just coming from us.”

Assembly member Kevin Knox said it was a work intensive, but necessary project for the city to undertake. “Having this kind of broad brush will really help us quite a bit,” he said.

Wein said the move was 15 years too late and he’d like to see the city handle the realities of this fiscal year before developing an overarching policy.

“Either the assembly sets the tone for fiscal reality or we’ll continue to be a paycheck to paycheck community, or budget to budget,” he said.

The assembly ultimately voted to allow the investment team to move forward with developing a draft version of a fiscal plan for the city, 4-2 with Wein and assembly member Valorie Nelson voting against. Mayor Gary Paxton was not in attendance. Assembly members and city staff will convene on Thursday for a special budget work session reviewing the general fund.

Read more about Tuesday’s meeting of the Sitka Assembly here.