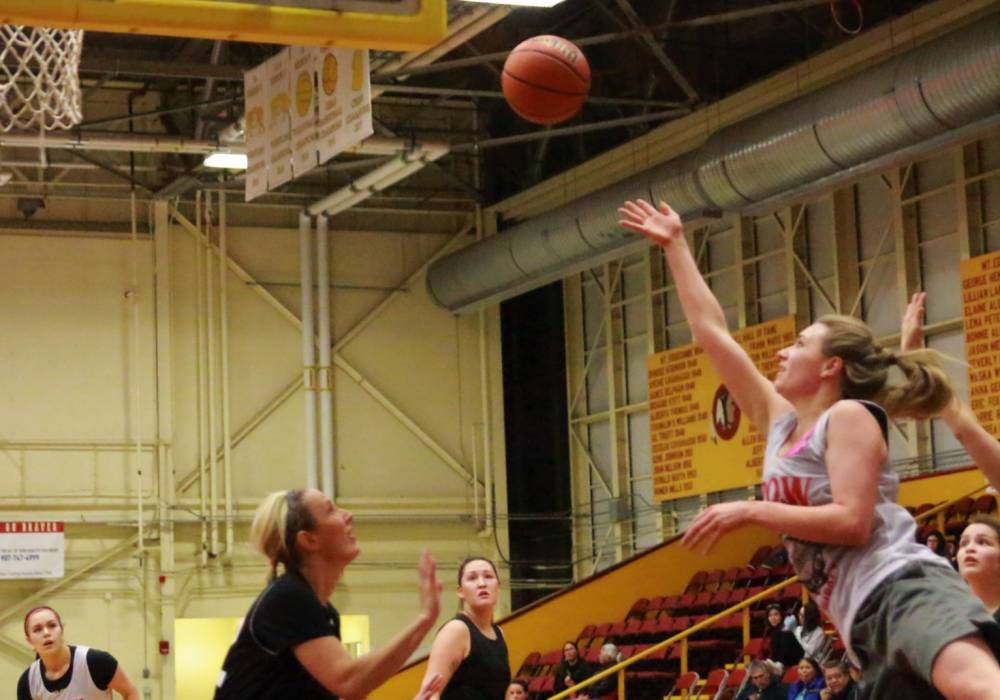 Natalie Tanner of Prince of Wales lays up the ball in Game 5 of the Women’s Division of the 2019 Mt. Edgecumbe Invitational. POW won the Friday game 65-37. (KCAW photo/Robert Woolsey)

The 13th Annual Mt. Edgecumbe Invitational is underway at the BJ McGillis Field House in Sitka. 23 teams from around Alaska are competing in 4 divisions. A basketball tournament for grown-ups, the event is a fundraiser for the MEHS athletics program. Championship games on Saturday are scheduled for 2:30 p.m. (Mens 45), 4 p.m. (Womens), 5:30 p.m. (Mens 37), and 7 p.m. (Mens Open). And the rumors are true: There is a former Harlem Globetrotter playing for the Mens 45 team from Fairbanks!