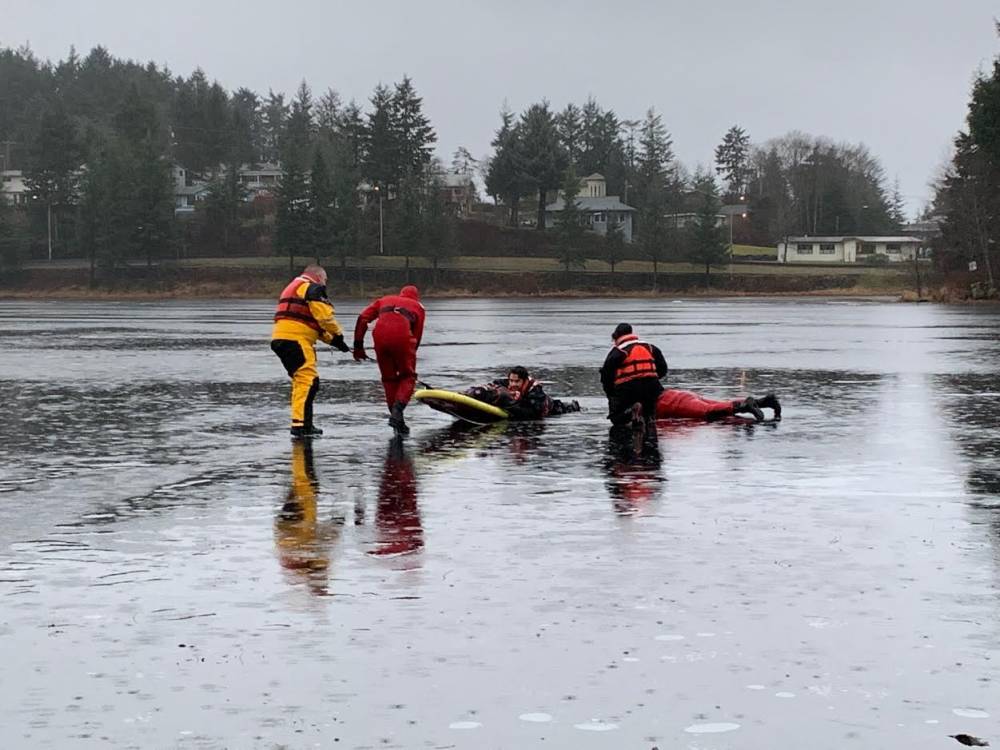 It may look like they’re walking on water, but  Last Sunday (1/20/19), as rain collected in pools atop a layer of ice, volunteers from the Sitka Fire Department’s dive team were spotted practicing surface ice rescues on partially frozen Swan Lake. KCAW spoke with Dive Captain Greg George about the drill- he says they train annually, using a technique called “Throw, Row and Go,” often also used in water rescue. Using an inflatable raft, the team pulls a volunteer out of the water. Some wear ice rescue suits which George says are similar to mustang or immersion suits, providing thermal protection and buoyancy. The team cut a hole in the ice in order to perform the rescue, and after they finished they marked the area with orange cones