With no management contract, is it game over for Sitka’s Community Schools? 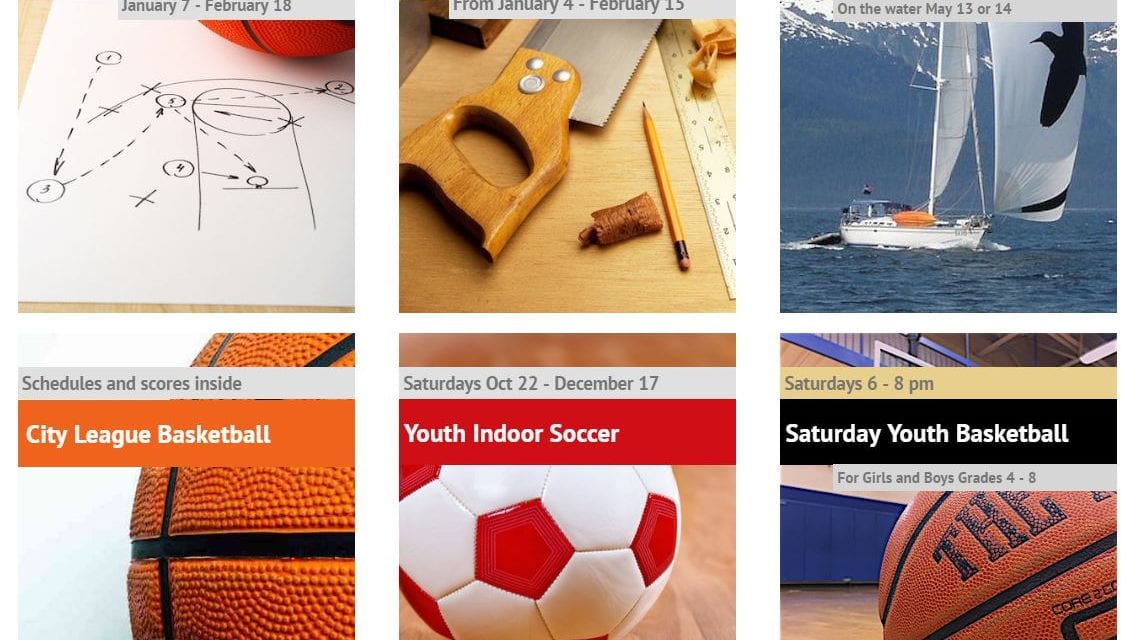 Sitka’s Community Schools are closing at the end of the month (June 30). The school district hasn’t been able to find new management for the after-school and weekend activity program for kids and adults, after cutting back the budget by 75-percent. But school officials are hopeful it can be revived — an possibly reinvigorated — with the city’s help.

No one submitted a formal proposal to manage Community Schools by the June 13 deadline. District business manager Cassee Olin told the Sitka School Board at its regular monthly meeting on Wednesday (6-19-19) that, under state procurement rules, she could negotiate a contract with any of the four entities which showed interest — even if they didn’t submit a proposal.

But it wasn’t looking likely.

“We haven’t received word back from any of the four,” said Olin.

If no one steps forward by July 2, Olin said that she’d be putting out a public service announcement to alert residents that Community Schools would be closing, but that “we are working on a solution, and hope to have something done in the month of July.”

Note: In recent reporting by KCAW, the Sitka School District was confident that it could have an interim solution to keep Community Schools open past June 30, but that plan has not come to fruition.

Community Schools is home to many after-school and weekend activities for kids and adults — including city league basketball and volleyball, and youth soccer.

McNichol – What does that mean in concrete terms? What’s actually going to happen on July 1 if there are no bids and no proposals?

Olin – We would probably need to have a discussion with the board to talk about what they would like to do. Whether or not you would like to increase the dollar amount to offer to a potential proposer, from the $25,000 up. Or if you would just like to close Community Schools permanently, or if you would like to request something from the city — we would come back with options as to what we could do.”

Since 2015 the district has outsourced Community Schools to a contractor, Matthew Turner, for $100,000 a year. He’s told KCAW that he can’t get by on a 75-percent reduction in the contract, without doubling fees that many families already struggle to pay.

Earlier in the spring as it crafted next year’s budget, the board considered taking the Community Schools contract down to zero. Board member Elias Erickson pushed to restore at least $25,000. Now, Erickson wants to bring the city to the table — the Parks & Recreation committee especially — to create a solution for a program that he described as being in “its eleventh hour.”

At 20 years old, Erickson said that he was in a “Twilight Zone” age group, with both younger and older friends. He sees Community Schools as common ground for all of them.

Erickson added, “If we lose it (Community Schools), I worry that it’s going to be so hard to get it back.”

The city has underwritten Community Schools before, as well as paid for other so-called “non-instructional” expenditures like the Blatchley Pool, and student travel. But the school board opted this year to roll the Community Schools portion into instruction — or in other words, into teacher salaries.

Teacher’s union president (SEA) Roxann Gagner, speaking from the audience, reinforced that sentiment. “When we look at the purpose of a public school is — is it hiring and supporting teachers, or supporting a Community School?” she asked. “In my opinion that’s the responsibility of citizens,” she said, encouraging the board to hand Community Schools back to the city.

But some board members were nostalgic for the time when Community Schools meant much more than after-hours sports — it also meant a variety of classes, and summer programs. This is Amy Morrison.

“I think it’s important too to just keep in mind everything that we’ve lost in Community Schools in the last 10 or 15 years,” said Morrison. “I remember all the summer programs we had. It’s not just a matter of keeping up what we have right now, but we’ve lost a lot. (Erickson: ‘We’re settling for less.’) We are, and I’d love to see this whole thing completely rebuilt somehow from the ground up and get it back to what it used to be.”

Board president McNichol agreed, saying she remembers planning her work schedule around the Community Schools camp schedule for her two boys. “It was an enriching, safe environment to be in for kids of all ages,” she said.

Ultimately, there was no resolution over Community Schools, except a willingness of the board to try and meet with Sitka’s Parks and Rec Committee at that group’s next regular meeting on July 9 — and even then, larger distractions may loom for the Sitka School Board: Alaska Gov. Mike Dunleavy has threatened to withhold state education funding from schools beginning on July 15, unless the current Legislature gives him veto authority over a $30-million special appropriation for schools made by last year’s legislature, and signed by his predecessor, Bill Walker.

Failing to fund schools is expected to trigger an immediate court battle in the capitol, and throw school districts into crisis across the state.

Sitka district business manager Cassee Olin told the board that there were still 18 untenured teachers who had not received contracts for next year. If the governor follows through with his threat, Olin said that not only would those contracts be in jeopardy, “We may not even be able to open school in August.”

More should be known about that issue when the board meets next on August 7.