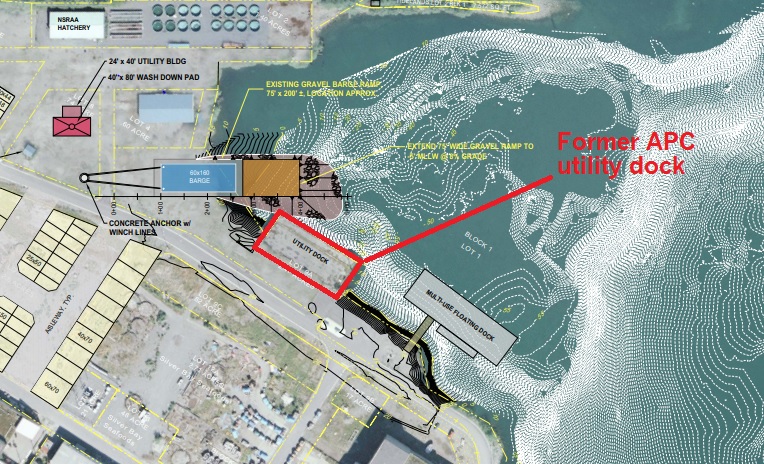 The Sitka Assembly shored up the sale of a utility dock to a marine salvage firm. But the specific terms of the deal won’t be released until the contract is signed by both parties.

Company owner Lee Hanson told the Assembly on Tuesday evening that the terms were nearly set, save a few minor details.

“There’s a small section that I have some issue with too, but I don’t think that’s something that couldn’t be dealt with tonight, it’s fairly minor,” said Hanson.

Hanson said he was fine discussing the contract in public. But the agenda had called for that to take place in an executive session. Several on the Assembly questioned if one was needed —  Aaron Bean was among them.

“We get a lot of comments about what we talk about behind closed doors,” he said. “If there’s nothing to hide then I don’t see the point.”

The city attorney advised that business negotiations should be behind closed doors. The reasoning is that the city’s finances are sensitive and the Assembly should be free to speak candidly.

“I understand the reasons for wanting to discuss what the city’s position is, and maybe some of the liability the city is facing with this contract, privately with the attorney,” said Sitka Sentinel reporter Shannon Haugland during public testimony.

“I would prefer that the discussions with Mr. Hanson take place in public, or that he makes his comments in public,” she continued. “It seems like having both sides of the negotiation behind closed doors just doesn’t look good. Efficiency is not a reason to go into executive session.”

In the end, the assembly heard Hanson’s term objections and negotiated with him behind closed doors. The body voted 4-2 to move to executive session with assembly members Richard Wein and Kevin Mosher opposed.

An hour later the Assembly emerged and directed city staff to move forward with a final contract.

It wasn’t the only closed door deliberations on Tuesday evening. A lawsuit brought by former Sitka police detective Ryan Silva over allegations that SPD broke state procurement laws when it bought automatic guns is set for mediation. Earlier this month Silva’s attorneys indicated the case might not go to trial. The city denies the claims and no action was taken by the Assembly which conferred with its attorney for about 15 minutes.

And in other business, the assembly, on a split vote, advanced a motion to spend $150,000 on electrical repairs to the former Sitka Community Hospital building that SEARHC is leasing from the city. That advanced on first reading on a 3-3 vote with assembly members Bean, Richard Wein and Valorie Nelson opposed.