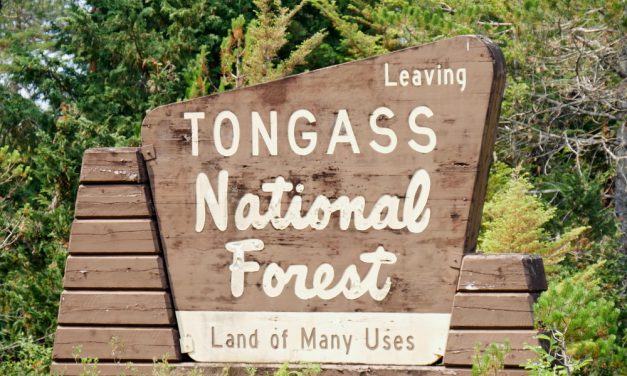 A new report says logging in the Tongass National Forest is costing taxpayers hundreds of millions of dollars in federal subsidies. And it warns that a rollback of the federal Roadless Rule would accelerate this trend.

Alaska’s U.S. senators have been pushing for a roll back of the federal rule to open more parts of the Tongass to logging, arguing it would help the region’s economy.

But Taxpayers for Common Sense, a nonpartisan budget watchdog in Washington D.C., released “Cutting Our Losses: 20 Years of Money-Losing Timber Sales in the Tongass,” a five-page report that calculates the U.S. Forest Service has lost nearly $600 million over two decades through roadbuilding and timber sales.

That’s an average net loss of about $30 million a year — over the past 20 years.

“The system is clearly broken if we are so underwater with our timber sales,” Autumn Hanna, vice president of Taxpayers for Common Sense, told CoastAlaska. “So clearly, that has to be addressed first.”

The group cites a 2016 report from the Government Accountability Office, which details the average annual cost of the Tongass timber program but does not factor in the cost of building roads to access that timber.

“I don’t think that helps local economies wasting hundreds of millions of dollars on selling a federal resource when all taxpayers across the country own this timber,” she added.

The Forest Service projects to offer 300 million more board feet in the next four years. The taxpayers group projects a net loss of at least $180 million.

Hanna says repealing the Roadless Rule would open up even more areas to logging — at the public’s expense.

“We know that the taxpayer losses would be significantly higher if we were to move forward with timber sales in these (Roadless) regions,” she said. “So we absolutely oppose this effort. We need to reform the timber program first and just opening up more areas will not help taxpayers.”

The U.S. Forest Service didn’t comment on the report.

A decision by the U.S. Department of Agriculture over whether to formally roll back the Roadless Rule in Alaska is expected in the coming weeks.