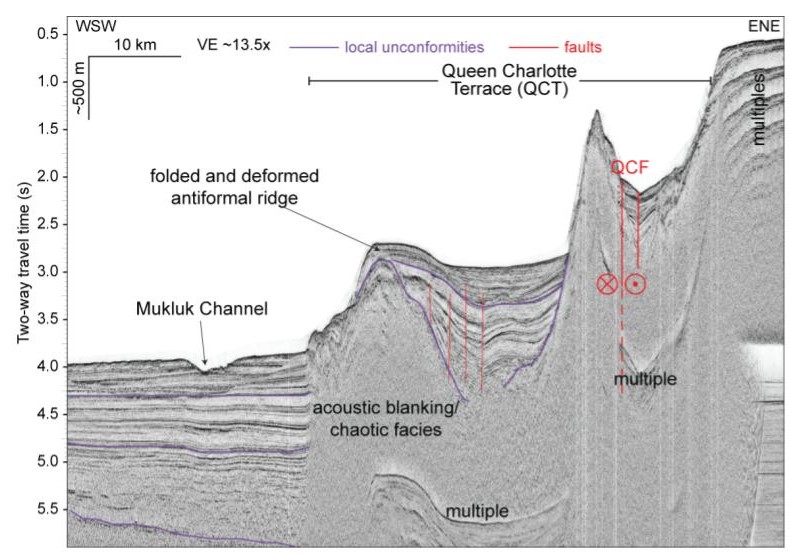 Lindsay Worthington is a professor at the University of New Mexico in Albuquerque, NM. She and USGS geologist Maureen Walton are heading up a major project to study the undersea Queen Charlotte Fault system, which they call “The San Andreas of the Pacific.” The fault, which is offshore of Southeast Alaska, has had more frequent and larger seismic events over recent decades than its California cousin. The scientists spoke with KCAW’s Robert Woolsey about their work this summer.