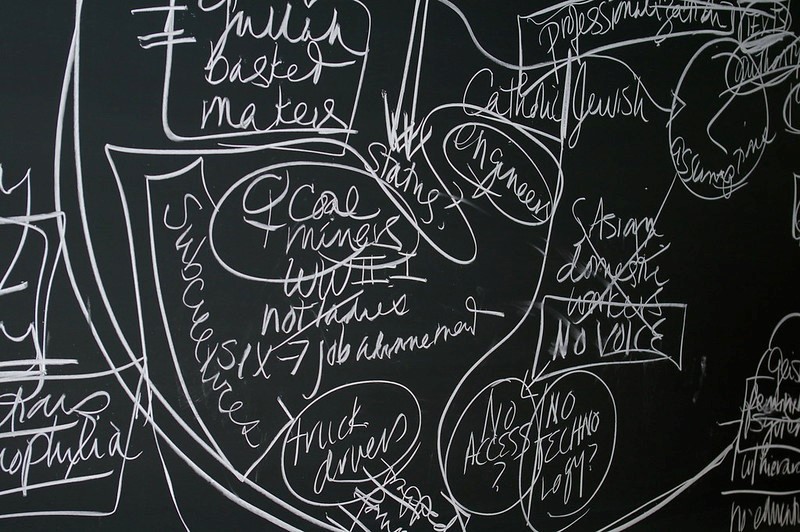 Sitka’s principals report that students are not experiencing major problems transitioning to online delivery. Students and teachers have had to adapt before. (Flickr photo/Laura Blankenship)

Principals from all five of Sitka’s schools informed the Sitka School Board at its April 1st meeting that they were seeing over 90-percent of students attending class electronically — and they hoped to do better, as more laptops were distributed to families that lacked computers at home.

This is Keet Gooshi Heen principal Casey Demmert, speaking to the board via the Zoom meeting application:

Teachers have been holding live class sessions every morning; it’s been going well. We’ve been handing out technology to all the families that need computers. I believe we’ve handed out over 100 laptops, and are getting a few more requests in each day. We spent a lot of time today gathering headphones with microphones so teachers could better hear the students, and students could hear the teachers (some of the mics on computers weren’t working). And it’s been neat to see the collaboration and teamwork that’s been taking place with each of the teachers in their grade levels and the specialists as well.

Nationally, the trend is not so upbeat. Here’s a story from the New York Times reporting that less than half of students nationwide are participating in online learning.

Blatchley principal Ben White also had kudos for his staff, most of whom only learned that they’d be doing distance education during spring break in March.

Everything’s going pretty well at Blatchley. We have between 90- and 97-percent of our kids online for classes each day. We’ve distributed about 120 laptops. We have seven or eight to dropoff tomorrow for families who can’t come and get them. Before we went live, we as a staff met virtually and developed some social etiquette rules that I emailed to all the families, and we posted on all the Schoology links, so kids know how to behave and what is expected, and also that teachers retain the ability to mute them if they need to. We’re encouraging everybody — staff and family — to take it one week at a time, and to not worry if they can’t get an assignment in, or they can’t get a particular student online (because everyone’s online right now). And our expectation is: This week we put in some plans for next week, and then last week we planned for this week, so we’re taking it one week at a time. We meet as a staff twice a week virtually to go over any concerns or issues, and like Casey said: I cannot tell you how outstanding the staff is at Blatchley Middle School. We’ve had people share their screens numerous times, show others how to do stuff. We’ve had teachers trying to break each other’s lessons, so that there are no glitches. And it’s amazing to me that even with our new and unique world right now, that continues to happen. And I just can’t speak highly enough of the teachers that we have — and we’re lucky to have them. I’ve spoken to a lot of friends who teach in other states, and we’re doing a real good job in our district.

Both Pacific High principal Mandy Summer Sitka High principal Laura Rogers complimented their respective staffs — Rogers pointing out that there was steep learning curve in doing distance delivery — even for the teachers. She said that the high school had connected with all but five students out of 307 enrolled.

That the district was doing a good job teaching remotely was echoed by Sitka School Board member Eric Van Cise. He observed that the enormity of the task had shut down schools in Seattle completely through April. He suggested that Sitka and other smaller districts were advantaged.

“It’s not ideal, but our district and others up here and in the United States — because of our size — we continue to make progress,” said Van Cise. “Which is notable.”

Alaska’s schools will remain closed through May 1, 2020, by order of the governor.